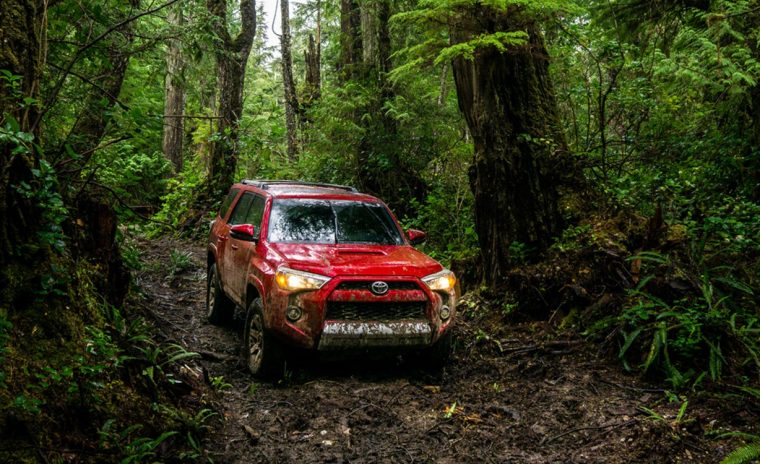 Toyota wants you to be extra certain that the 2017 Toyota 4Runner is made to be taken off roads. That’s why it has an edgy, adventurous name, why it looks more aggressive than most things you’d find in the automaker’s lineup, and why now, it’s also getting two new trims: the TRD Off-Road and TRD Off-Road Premium.

Generally, if you’re going off-road for entertainment, an SUV’s not really the kind of vehicle to do it in. Sure, it’ll do a better job than a family sedan, but you’d much rather be behind the wheel of a pickup, Jeep, or heck, atop a rented quad.

Still, the 2017 Toyota 4Runner TRD models make a convincing argument. Both get the Multi-Terrain Select system and Crawl Control program as standard tech, which normally cost extra on the SR5 trim. Multi-Terrain allows the driver to pick the best driving mode for terrain conditions while Crawl Control uses a combination of the throttle and brakes to help you maintain a constant speed over rocks, dirt, and otherwise difficult terrain.

Both TRD models can also be equipped with the Kinetic Dynamic Suspension System, which increases wheel travel at low speeds to make the 4Runner even more agile off the beaten path. Okay, now we’re talking.

Of course, these wouldn’t be proper off-road trims if they didn’t also look the part, so Toyota is also throwing in concave seven-spoke alloy wheels, red TRD stitching, and bespoke badges.

All that being said, if you want true off-roading prowess, you’ll want to go with the TRD Pro trim, which is already available with TRD Bilstein® shocks, 17-inch matte-black TRD wheels, and TRD-tuned front springs. These two new trims are supposed to provide an option for customers who want something between that and the SR5.

As for the pricing—we don’t know yet. That’ll be revealed later this year, so stay tuned to find out.