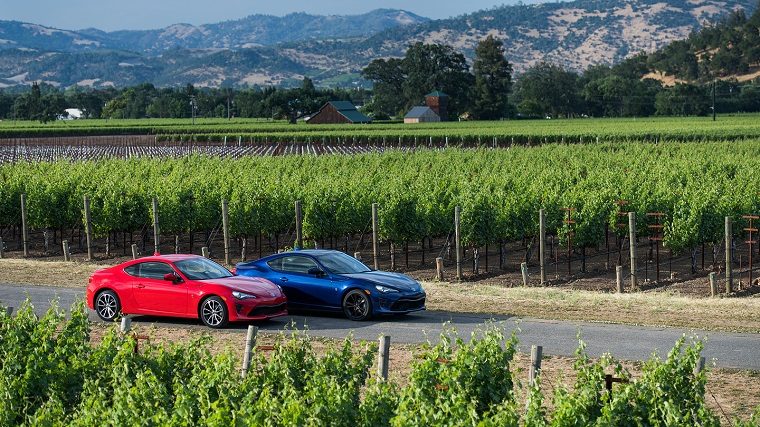 The 86 is Toyota’s offering to the world of affordable sport coupes, a rather small world made up of only the Mazda MX-5 Miata, Fiat 124 Spyder, Hyundai Genesis Coupe, and Subaru BRZ. The 2017 Toyota 86 fits quite nicely in that world as it does most things better than its competitors, and even in the few things where it falls behind, it isn’t by much. If you have between $25,000 and $30,000 to spend and you are in the market for a small, fun coupe that you can drive daily, the 2017 Toyota 86 ought to be at the top of your list. 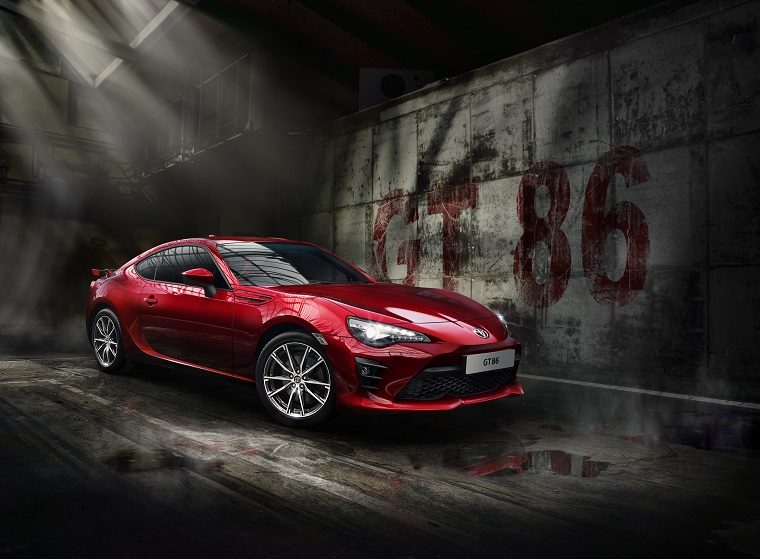 The 2017 Toyota 86 is technically an all-new model in the American Toyota lineup, but one you’ve seen before under the Scion badge in the United States. Jointly developed with Subaru alongside the BRZ, the 2017 Toyota 86 is the continuation of the 2016 Scion FR-S after the discontinuation of the Scion brand (though it was already known as the Toyota GT86 in most other parts of the world), but it gets more than a change of name: with the 2017 model year and the new badge comes a small increase in horsepower and torque, new shocks and spring rates, exterior and interior updates, and a stiffer chassis for added performance. 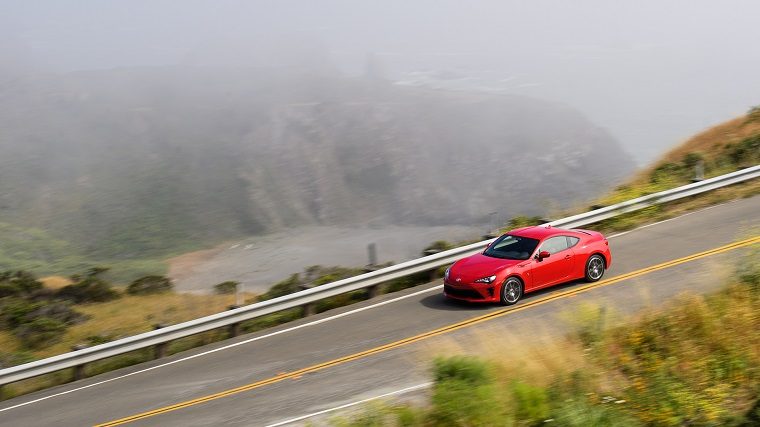 The 2017 Toyota 86’s exterior design may be inspired by classic 1990s Japanese sports cars, but it’s a modern car with modern styling through and through, from its wider, more organic intake grille to its new bumper and LED taillights. The car embraces the old-school proportions that have defined sports cars for decades: a long hood, short deck, and a stance low to the ground. At the same time, it introduces modern design elements like a rear diffuser for added downforce, 10-spoke 17-inch aluminum wheels wrapped in Michelin Primacy HP grand-touring summer tires, and aggressively sculpted LED headlights. It’s a car that has real road presence—and it knows it. 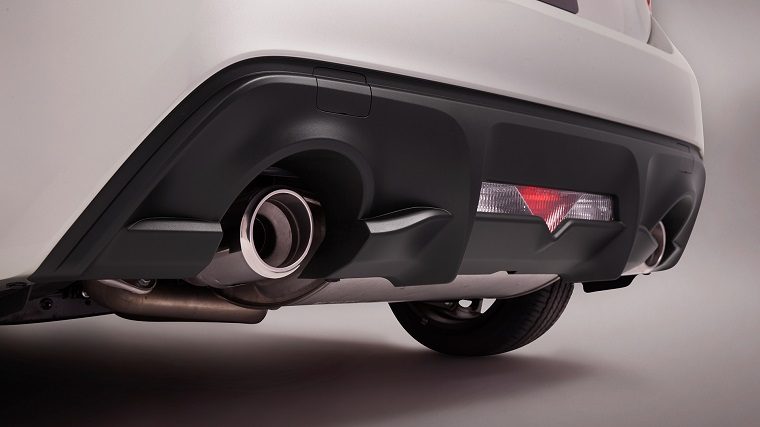 The 2017 Toyota 86 is powered by a 2.0-liter four-cylinder engine with Dual Variable Valve Timing that produces 205 horsepower and 156 lb-ft of torque. The engine is horizontally opposed (also known as a “boxer” engine), which generates fewer vibrations than a V engine and allows it to sit lower in the hood for a lower center of gravity and better handling. Power is sent to the rear wheels via either a six-speed manual or a six-speed automatic.

It does 0-60 mph in just over six seconds and, notably, has less body roll than the competitive MX-5 Miata, which makes it feel more planted and confident through corners. 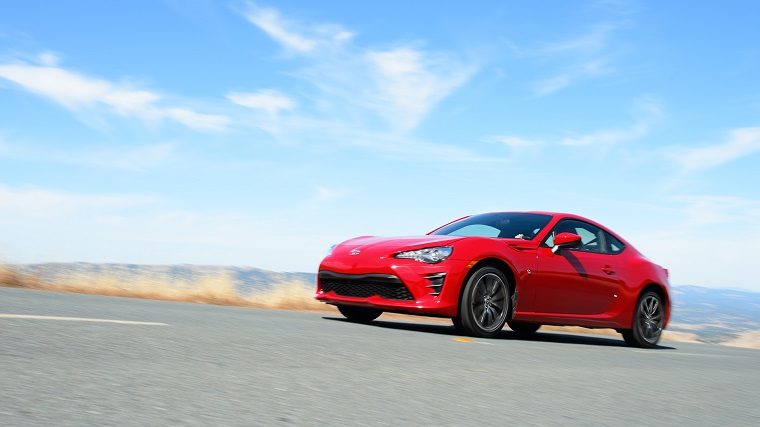 Despite the fact that its focus is sportiness and not economy, the 2017 Toyota 86 is remarkably efficient. The EPA has rated it at 21 mpg city, 28 mpg highway, and 24 mpg combined when equipped with the six-speed manual. With the six-speed automatic, that goes up to a whopping 24 mpg city, 32 mpg highway, and 27 mpg combined. It’s not often you can get above 30 mpg on the highway in a car that’s this fun to drive. 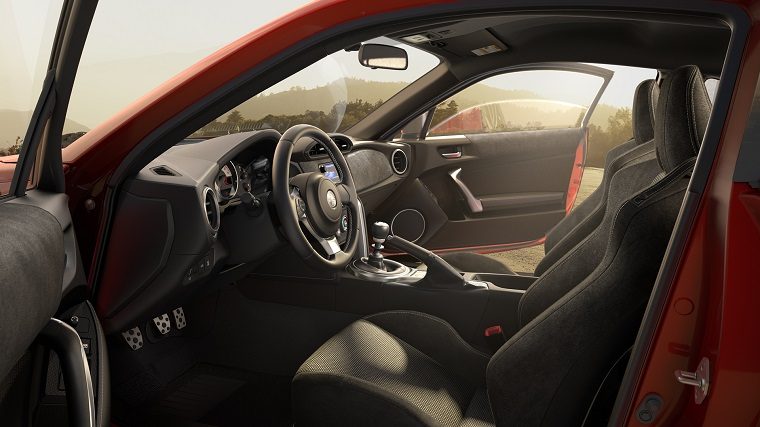 The interior of the 2017 Toyota 86 follows a minimalist design meant to focus the driver on, well, the driving. The durable plastics flow in simple lines and the upholstery is nearly monochromatic, which draws attention toward the gauge cluster. That’s not to say the interior isn’t attractive: thanks to new Granlux synthetic suede on the dash and door panels, carbon-look highlights, and silver accent stitching, there’s plenty for eyes and fingers to enjoy. The 2017 Toyota 86 also boasts a fair amount of standard technology features, like the Aha Radio app, voice recognition capability, and remote keyless entry. 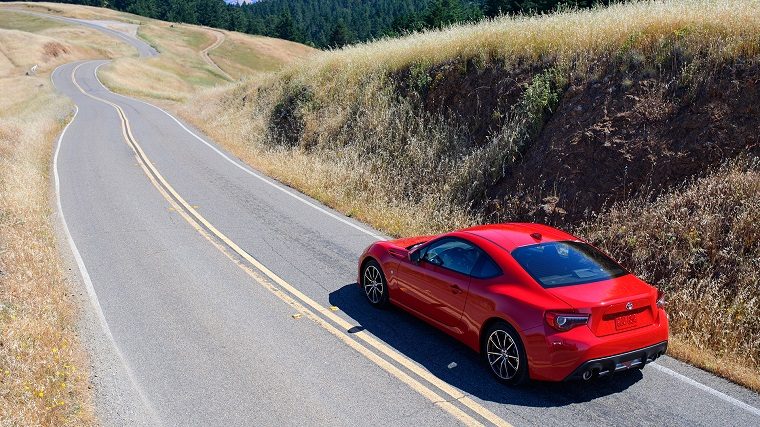 When driving a car like the 2017 Toyota 86, safety is typically the last thing on the mind even though it may be of even greater importance than usual. Fortunately, the car features all the basics and then some, like six airbags, anti-lock brakes, stability and traction control, and a standard rearview camera. Also of aid is the limited-slip differential, which improves low-grip traction and starts from a stop, and Hill Start Assist technology, which prevents the car from moving backward when starting on a hill with the manual transmission. The 2017 Toyota 86 has yet to be crash-tested at this time, but the Scion FR-S earned the maximum five stars for overall safety in the NHTSA’s assessment program and there’s no reason to believe the 86 will do any worse.