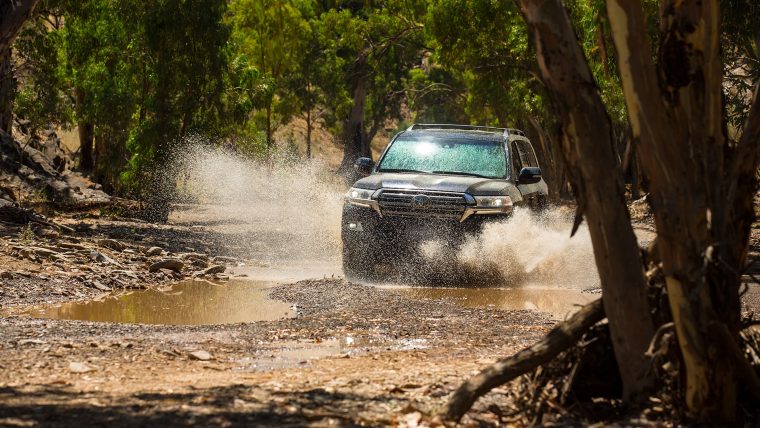 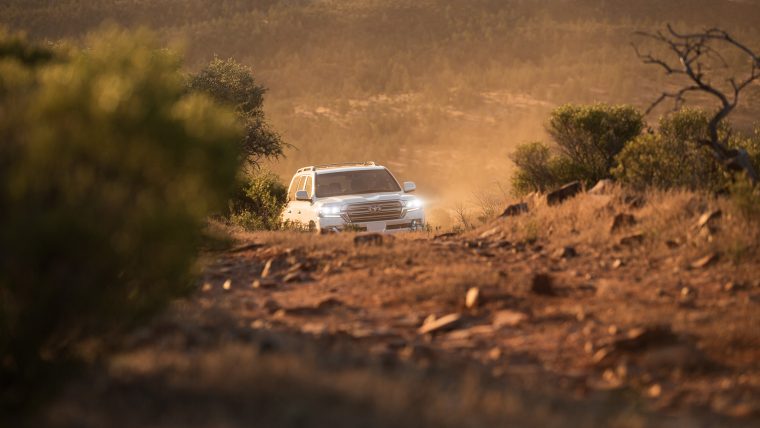 After receiving a thorough makeover last year, the 2017 Toyota Land Cruiser is mostly unchanged except for some additional standard features, like heavy-duty mudguards and skid plates, which explain the starting MSRP increase to $84,325 (up $1,000). It comes in a single trim with the following available colors: Blue Onyx Pearl, Brandywine Mica, Midnight Black Metallic, Blizzard Pearl, Classic Silver Metallic, and Magnetic Gray Metallic. 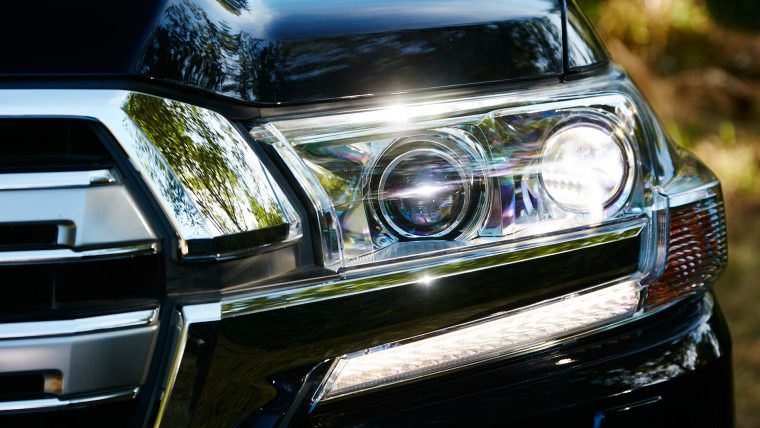 The 2017 Toyota Land Cruiser maintains its rugged, macho look without appearing as though it’s overdoing it. The three-bar grille is adorned with chrome surrounds and extends to the LED headlights for a cool effect, similarly to the full-width chrome piece at the rear that extends into the LED taillights. The hood’s two bulges make the Land Cruiser seem even more menacing and powerful, and as always, the roof rails and side steps are all still there. Overall, this edition of the Land Cruiser is a head-turner, and for all the good reasons. 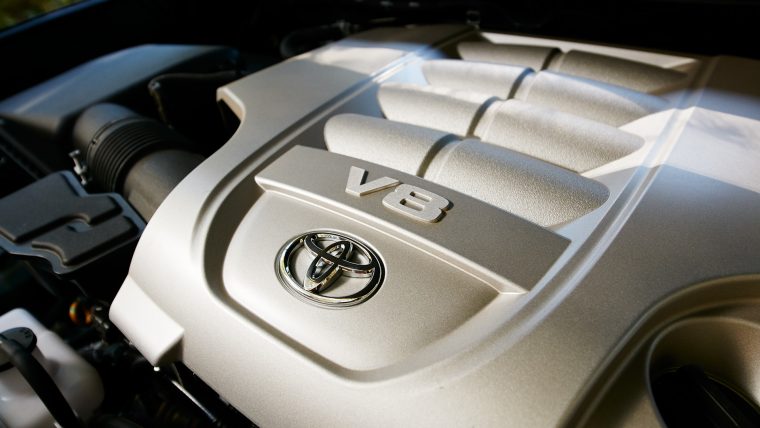 The 2017 Toyota Land Cruiser is powered by a hefty 5.7-liter DOHC 32-valve V8 engine that makes 381 horsepower and 401 lb-ft of torque. Technologies like Variable Valve Timing with Intelligence (VVT-i) and Acoustic Control Induction System (ACIS) help the SUV maximize power throughout the RPM range, allowing it to to up to 8,500 pounds when properly equipped. Throw in a reinforced skid plate at the bottom of the vehicle, a Kinetic Dynamic Suspension System, a Torsen limited-slip differential, Crawl Control technology, and a high-tensile steel ladder frame to hold it all together, and you’ve got yourself one of the most capable SUVs on the planet. 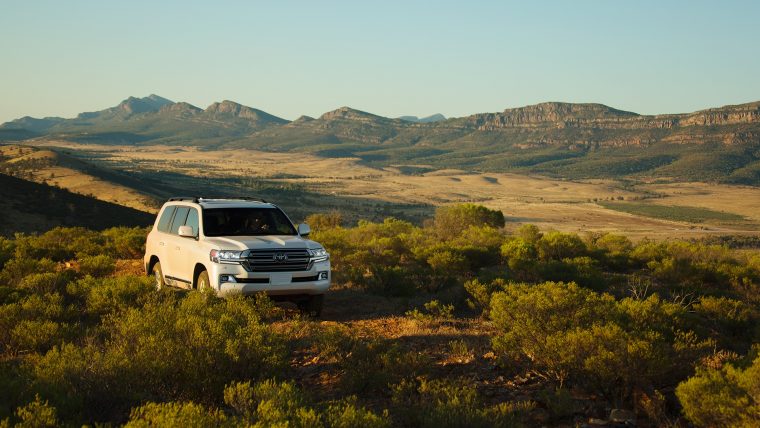 The 2017 Toyota Land Cruiser’s eight-speed Electronically Controlled automatic Transmission with intelligence (ECT-i) is more focused on giving it the best possible performance in a variety of driving conditions than on returning the best fuel economy. As a result, it gets 13 mpg in the city, 18 mpg on the highway, and 15 mpg combined. It’s not much, but who buys a Land Cruiser for the efficiency? 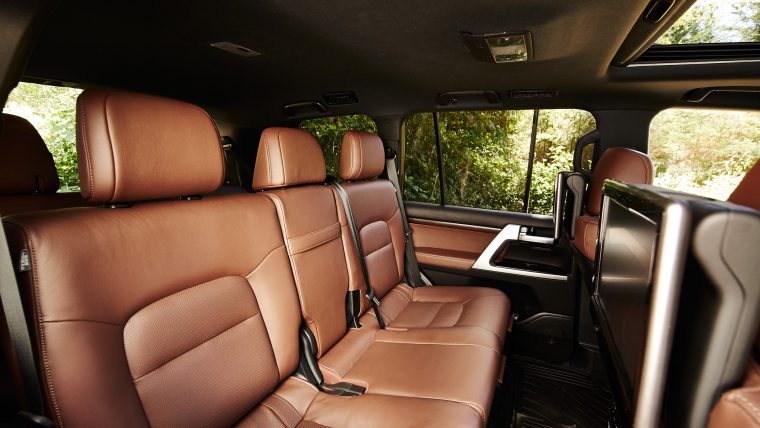 The interior of the 2017 Toyota Land Cruiser is spacious enough for eight while still leaving a decent amount of room for cargo behind the third row. For such a rugged vehicle, the Land Cruiser is surprisingly comfortable and quiet. The quantity and quality of leather trimming and sound deadening is on par with the best luxury vehicles, as is the technology, which includes the Entune App Suite, integrated navigation, and 14 speakers with the Premium JBL Audio system. The interior of a 2017 Toyota Land Cruiser is certainly not a bad place to be. 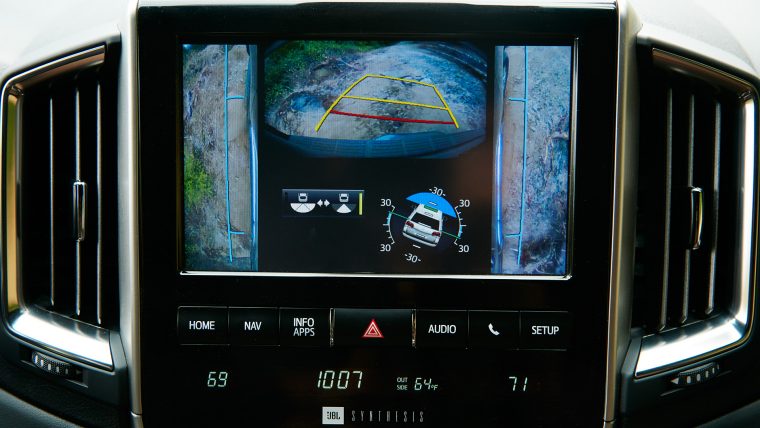 The 2017 Toyota Land Cruiser comes with all of the usual passive safety features like anti-lock brakes, traction control, and stability control, as well as a plethora of airbags. Also standard is a rearview camera and various active safety technologies like blind spot monitoring and rear-cross traffic alert. In addition, side-impact steel door beams provide extra occupant protection when the vehicle is struck from the side by absorbing energy and reducing the chance of intrusion in the cabin.