Added on February 19, 2019  The News Wheel  carpool karaoke mic , gadgets to enhance your next road trip , singing in the car 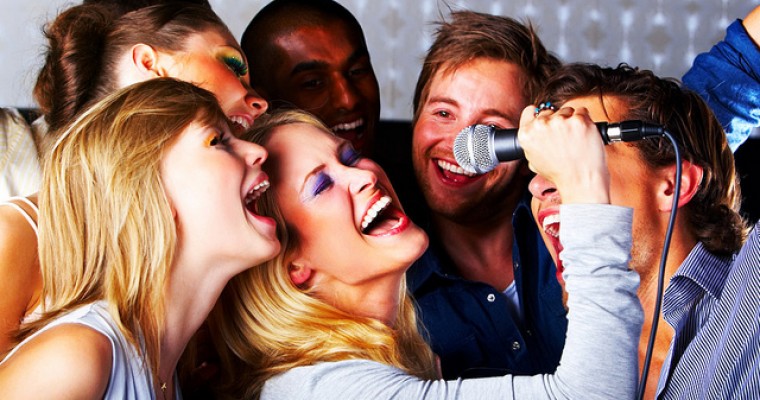 If you’re a fan of Carpool Karaoke, maybe you’ve daydreamed about what road-tripping with celebrities such as Shawn Mendes, Kelly Clarkson, and Adam Levine would be like. While you may not have the luxury of having celebrities live-serenade your next trip, you CAN bring a bit of the show along with you on your travels this summer. Meet […] 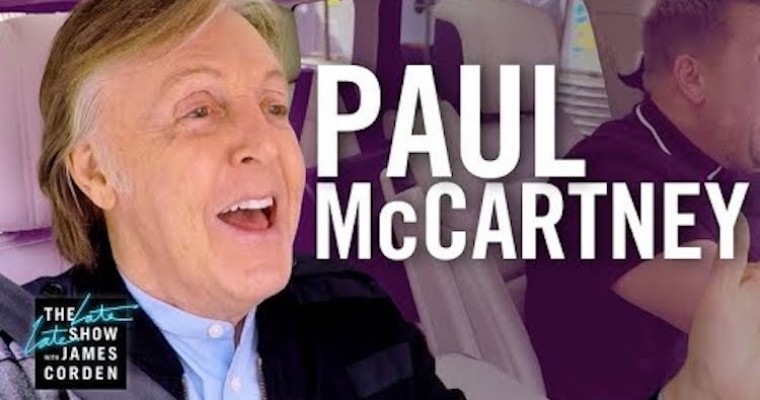 Paul McCartney is a legend. The Beatles’ music made its way across the entire globe, influencing music as a whole and artists we hear on the radio today. James Corden made a stop in Liverpool, McCartney’s hometown, for a nearly 24-minute episode of Carpool Karaoke with the Beatles’ alum. The two started their journey through […] Driving through the city of Los Angeles, James Corden brought Shawn Mendes along for his commute to sing, dance, and even play a little ice hockey. The duo started their ride with one of Shawn’s most popular and upbeat summer tunes, “There’s Nothing Holding Me Back,” before segueing into his most recent life update: he […] Adam Levine and James Corden tackled both the road and the track during the latest episode of Carpool Karaoke. The three-time Grammy Award-winning artist belted out his hit songs, both old and new, from the passenger’s seat of James Corden’s car. As they drove down the streets of Los Angeles, a police officer drove up next to […] 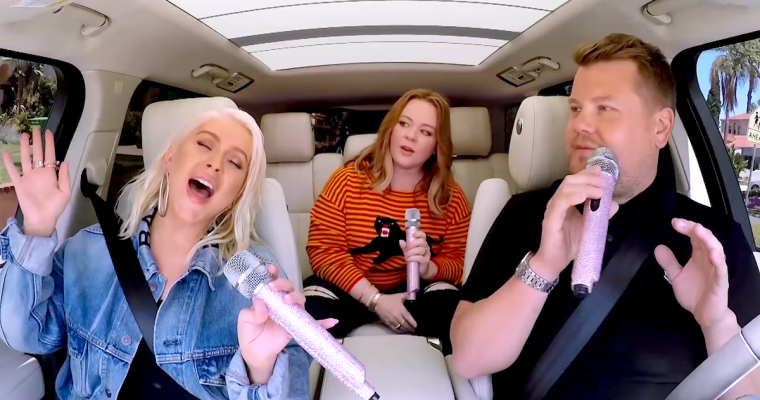 Christina Aguilera is jumping back into music with the upcoming release of her new album, “Liberation.” To celebrate, she made an appearance on James Corden’s ever-popular segment, Carpool Karaoke. The two started off with a classic, empowering song, “Fighter.” Within a few lines, James interrupted Christina and asked her to teach him how to get the growl […] With the holiday season in full swing, everyone is looking for ways to celebrate. James Corden is using his popular series, Carpool Karaoke, to send out a bit of holiday cheer with a Christmas song mashup. Corden included never-before-seen clips from popular Carpool Karaoke episodes throughout the year with artists singing “Santa Claus is Comin’ […] 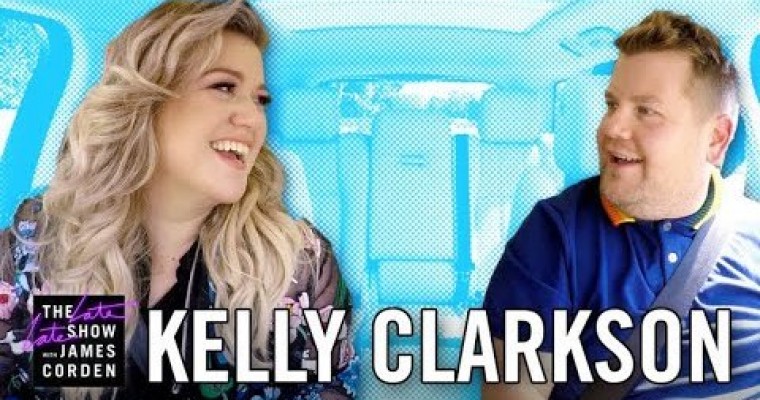 Unless you’ve been living under a rock for the last 15 years, you don’t need me to tell you who Kelly Clarkson is. James Corden called on the three-time Grammy award winning American Idol to join him for an episode of Carpool Karaoke. The episode aired on Thursday, so they started off the episode with a […] Promoting her new album, Beautiful Trauma, P!nk joined James Corden in the passenger’s seat of his car for an episode of Carpool Karaoke in Los Angeles, California. As with most guests on Carpool Karaoke, the three-time Grammy award winner belted out a few of her greatest hits, including “Get The Party Started,” “Raise Your Glass,” […] James Corden planned a special surprise for Sam Smith’s debut on Carpool Karaoke: his favorite group, Fifth Harmony. The episode began like most of the others: James Corden picked up the phone and asked musician Sam Smith to join him on his commute to work so he could use the carpool lane. They sang a handful […] Last month, James Corden featured the Foo Fighters on Carpool Karaoke. The six-person ensemble piled into Corden’s car, with lead singer David Grohl grabbing shotgun, and the crew drove around, belting hits along the way, even making a stop at Guitar Center for an impromptu show. But, while the episode itself may have seemed all […]

After the tragic shooting in Las Vegas, Miley Cyrus appeared on The Tonight Show with Jimmy Fallon to sing an emotional version of her Hannah Montana-era hit, “The Climb.” The performance had an incredibly positive response but left fans wondering if they’d hear Miley singing any of her other old hits anytime soon. Well, fans can […]

4 of the Worst Episodes of Carpool Karaoke

Here are The News Wheel, we are big fans of Carpool Karaoke. We’ve even put together a list of our favorite episodes. But there are a few that stand out as, well, not so great. Not every episode can be a winner, so here are a few that missed the mark. Take Care: Regular Maintenance […]

[QUIZ] How Well Do You Know Carpool Karaoke? 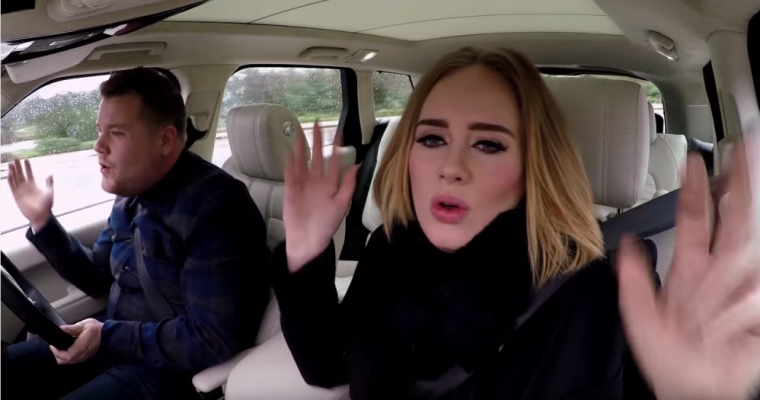 Here at The News Wheel, we are huge fans of Carpool Karaoke. While some episodes are better than others, we love catching up with the latest episodes. Are you a big fan of the segment? Test your knowledge with our Carpool Karaoke quiz! Sneak Peek: 2018 Mitsubishi Eclipse Cross Buying vs. Leasing: Making the Right […] 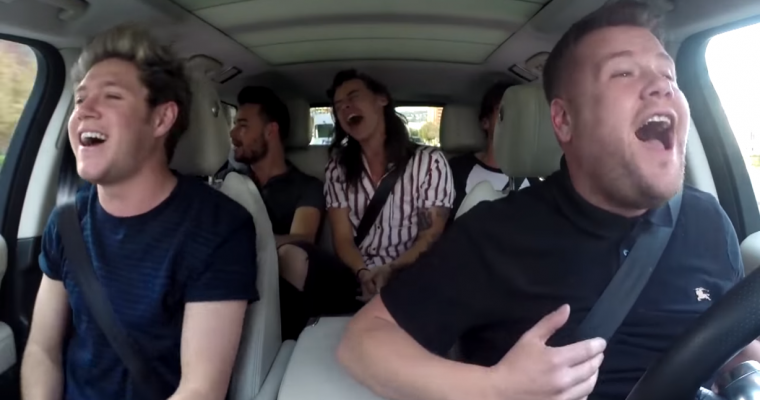 It’s no surprise that One Direction has the third most-viewed Carpool Karaoke episode in the segment’s history with well over 100 million views. During their reign on the charts, One Direction’s presence anywhere brought with it incredible hype from their “Directioners.” But here’s the honest truth (sorry to burst your bubble, Directioners) – just because […] “Carpool Karaoke,” the viral hit segment of James Corden’s The Late Late Show, has been picked up by Apple Music. The segment will be serialized, now known as Carpool Karaoke: The Series. The series is expected to produce weekly episodes for paid Apple Music subscribers. While the episodes will follow similar formatting to the previous […]

Carpool Karaoke has become an infamous part of The Late Late Show with James Corden. But there are so many episodes, it can be difficult to decide which ones to watch first. Here are the best of the best (because really, there aren’t any “worsts” when it comes to Carpool Karaoke). [wptab name=”Demi Lovato & Nick […]

Usher Gets Caught Up on Carpool Karaoke In yet another panicked effort to get to work on time, James Corden called up his friend Usher to help him use the carpool lane on The Late Late Show‘s hit segment, Carpool Karaoke. With Usher in the front seat, it’s no surprise James Corden flipped on the radio for some throwbacks. The two belted […] Better Call Saul star Bob Odenkirk stopped by The Late Late Show to promote his upcoming Netflix movie Girlfriend’s Day, a dark comedy about a depressed greeting card writer. Odenkirk seemed a bit peeved while having a discussion with host James Corden and fellow guest David Oyelowo, and when asked about it, he revealed the […]