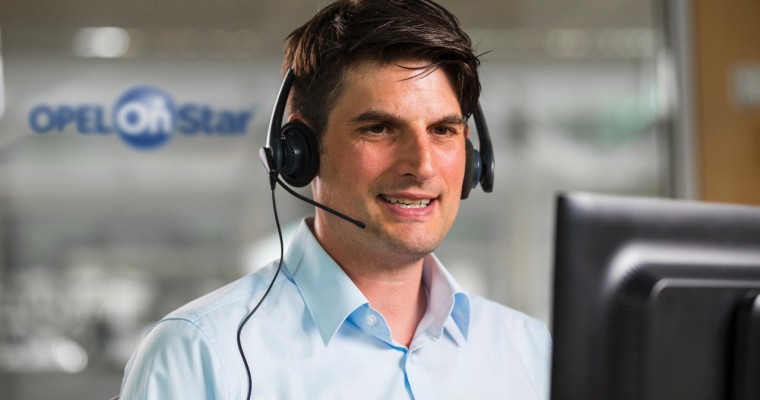 Opel vehicles equipped with OnStar have now been on the roads for about 18 months, and in that time, Opel OnStar has racked up nine million interactions, half of which came via smartphones and the myOpelApp. Currently, every second new Opel in Europe is equipped with the personal connectivity and service assistant system, which includes […] 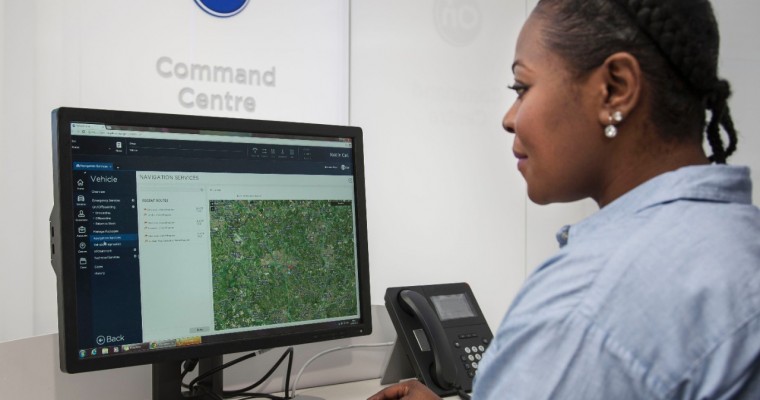 Opel OnStar is celebrating a milestone of 1.5 million customer interactions, be it by phone, app, or the blue OnStar button. Of that figure, nearly half of all interactions came about through the OnStar myOpel app, which also offers customer access to remote unlocking/locking, vehicle location, and vehicle diagnostics. “These unbelievable numbers prove that Opel […] 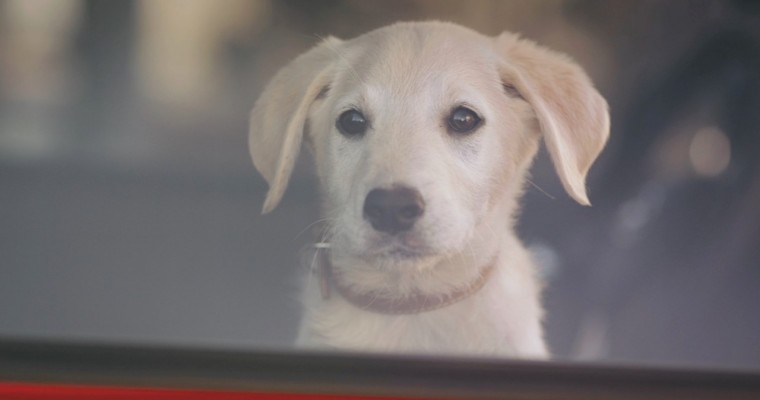 General Motors is launching OnStar services for its Opel-branded products, and to help make its adoring public in Europe well aware of what it can expect from OnStar, it has launched a new advertising campaign. There are five new 30-second advertisements accompanying the launch of Opel OnStar, all of which have already hit the internet […]

Opel Mokka X Getting OnStar, Intellilink Because of Course It Is 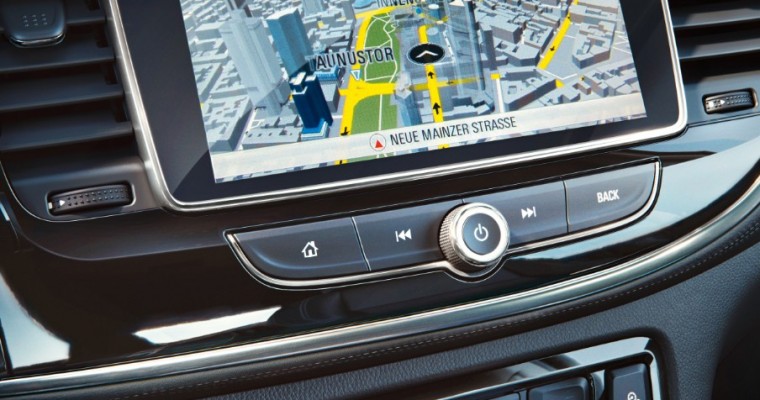 The Opel Mokka X is coming soon, and while it may be only natural to assume that it will be offered with the latest in in-vehicle infotainment, navigation, connectivity technologies, it…will totally be offered with all of that stuff. Because it’s the 21st century, you know? Millennials love that kind of stuff. The new Mokka […]

Opel/Vauxhall is launching new OnStar services this month, and it’s already earned the distinction as an award-winner. Opel OnStar/Vauxhall OnStar earned the award in the innovation category in the annual BusinessCar Techies Awards. “It’s the level and variety of offering wrapped up with OnStar, as well as its accessibility, that really won over the BusinessCar Techie […]

According to the FBI, vehicle thefts recently hit an eight-year high in 2017. As such, drivers are looking for more ways to keep their vehicles save from thieves. OnStar’s Stolen Vehicle Assistance is available to owners of GM vehicles to help do just that. Providing an Extra Sense of Security: OnStar benefits The Stolen Vehicle […] 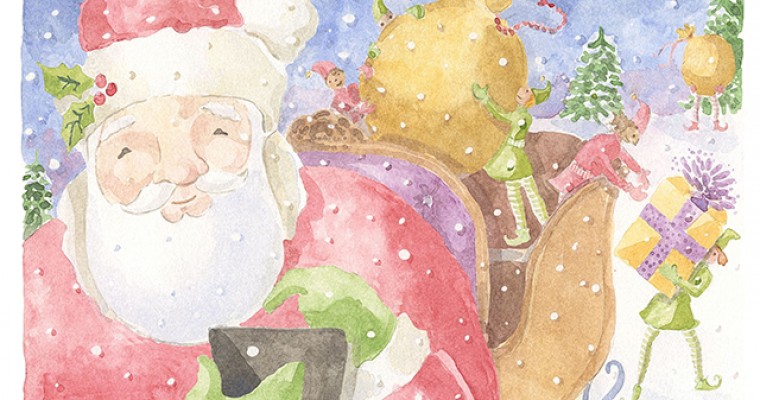 Santa Claus is coming to town in less than a week! Determining Santa’s exact location during his annual sleigh ride around the world used to be nearly impossible. However, Chevrolet and OnStar are once again teaming up with the North American Aerospace Defense Command (NORAD) to provide OnStar subscribers with up-to-date information on Santa’s globe-trotting adventure throughout […] 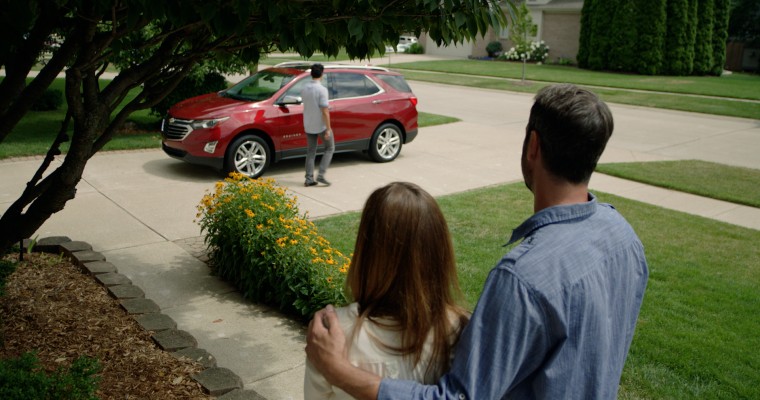 Just in time for the start of the school year, Chevrolet will provide concerned parents with the means to keep an eye on their teen's driving habits

In most areas of the country, the school year is starting back up, once again. While many high school students take the bus to school, others have reached an age where they can borrow the family vehicle for daily transportation. This scenario can obviously lead to some tension between parents and their teen drivers, who […] 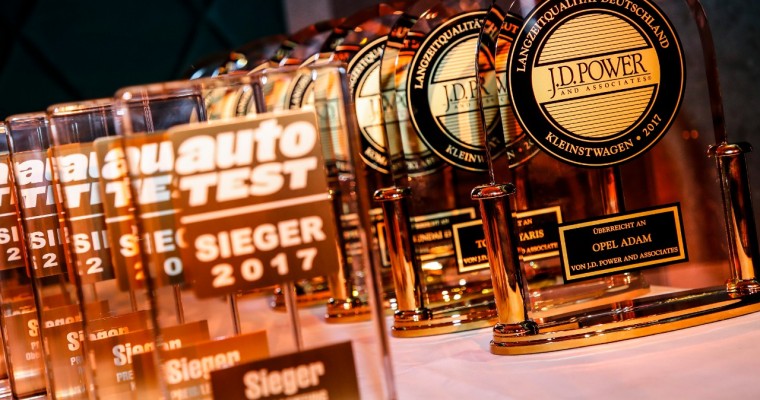 The Opel ADAM and Opel Insignia both came away with awards in the 2017 J.D. Power Vehicle Dependability Study for the German market, topping their respective segments in terms of customer feedback about the reliability of models that are between one and three years old. “We place very high value on the quality of our […] 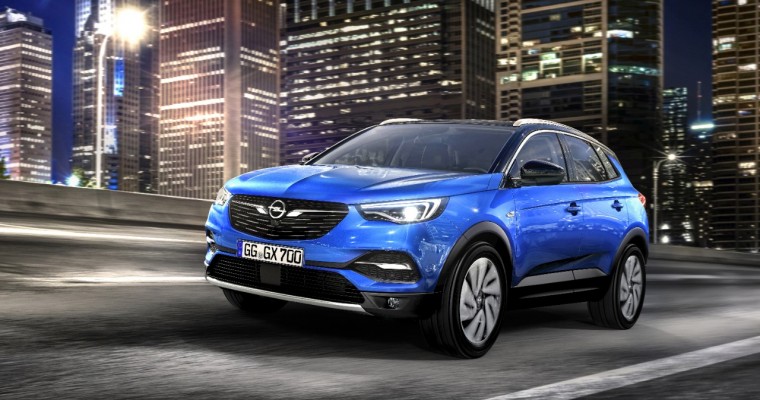 The Opel Grandland X, though it has already been unveiled and is available to pre-order right now, will make its grand debut in Frankfurt next month and quickly begin appearing at dealerships across Europe. As the walkup to that glorious premiere and official start of deliveries gets underway, Opel is outlining the various features and […] 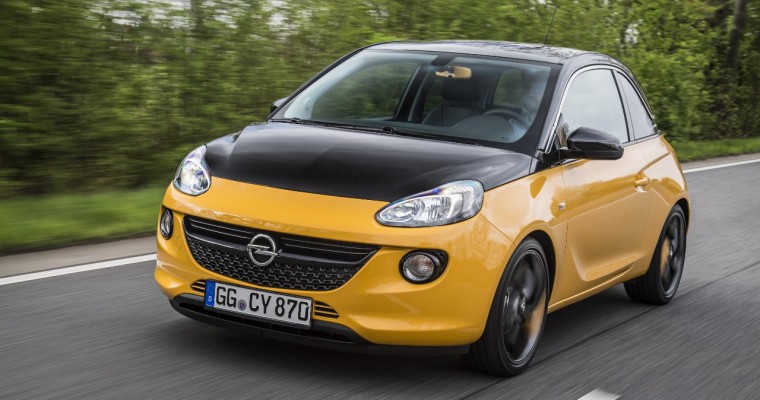 Today Opel announced prices for the ADAM BLACK JACK, the brand’s latest addition to the small lifestyle-car segment. Prices for the new Opel ADAM BLACK JACK will start at €14,950, for an entry-level model equipped with a 51 kW/70-horsepower, 1.2-liter gasoline engine and the new black designer look. The car’s roof, exterior mirrors, and for the first […]

Opel’s Crossland X Ad Campaign: LOL Why Women Gotta Talk So Much and Other Insightful Musings 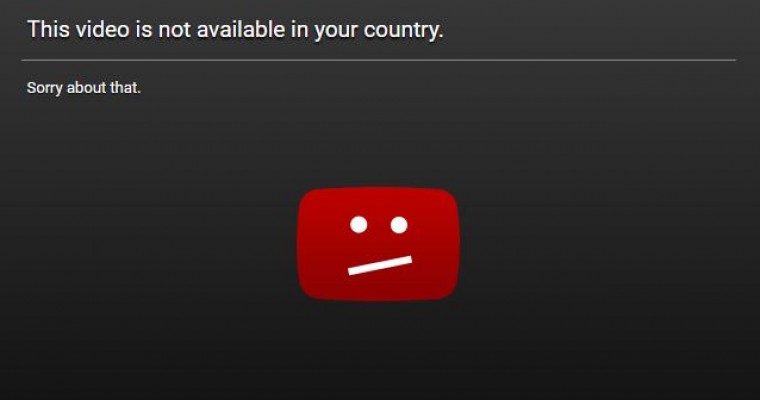 It’s hard to offer an objective opinion on Opel’s upcoming campaign for the Crossland X given that the five ads uploaded to YouTube are unavailable to prying eyes in the United States. However, the press release announcing the ads—entitled “When Handbags Can Kiss and Men do Yoga: ‘It’s a Good Life’ – with the New […]

Opel Teams with BlaBlaCar to Offer Special Deals to Carpoolers 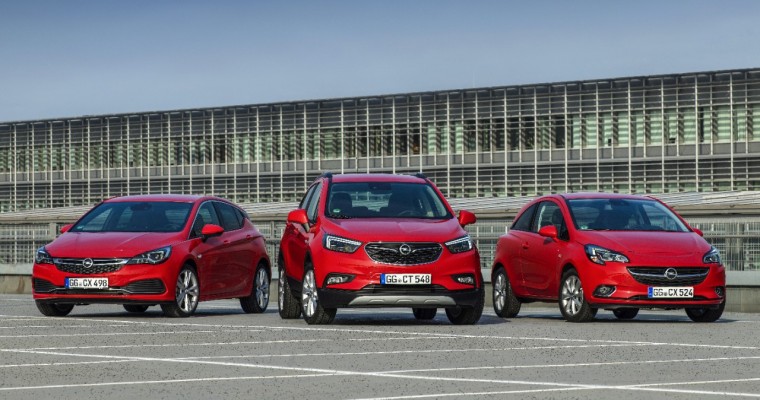 Opel on Thursday announced the kick-off of a new pilot project with BlaBlaCar, the world’s preeminent long-distance carpooling company, which will see Opel cars made available to its most active members—heretofore dubbed “Ambassadors”–with multitudinous special offers. The partnership—which also involves leasing company ALD—will see a fleet of Opels including the Mokka X crossover and Astra […] 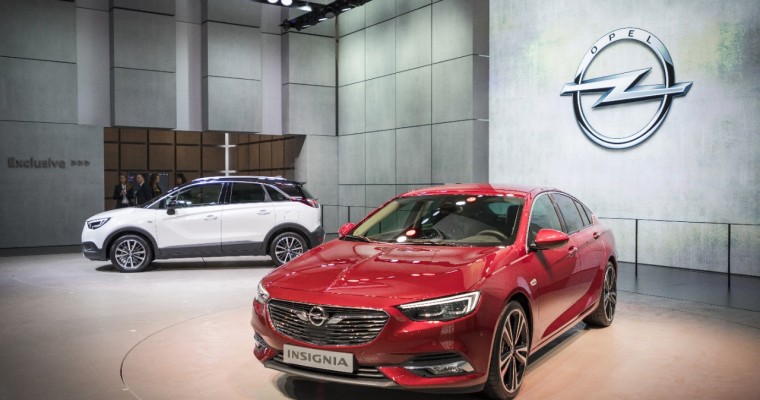 At the 87th Geneva Motor Show this morning, Opel revealed its Opel Insignia Grand Sport and Sports Tourer and Crossland X publicly for the first time, detailed its new Opel OnStar Personal Assistant technology and Opel Exclusive customization program, and addressed the elephant of the brand’s sale to PSA Group. “We now have the chance to create a […] 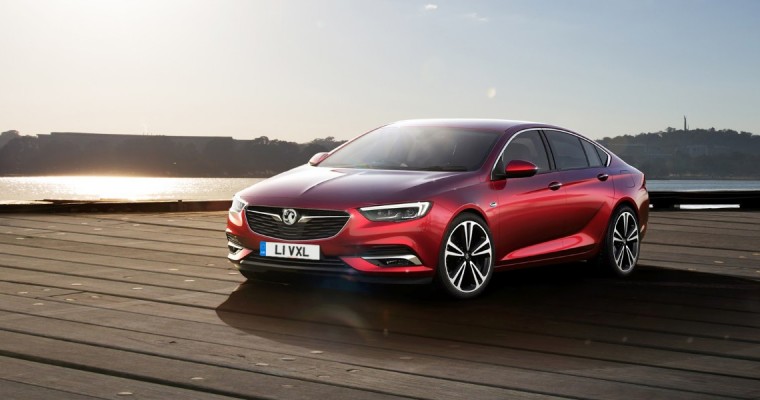 The Opel Insignia Grand Sport and Sports Tourer made their world debuts on Tuesday at the 2017 Geneva Motor Show, giving customers in the UK and Australia their first live looks at the latest models being added to the Vauxhall and Holden lineups. The Insignia retains its name under the Vauxhall badge, whereas it will […] 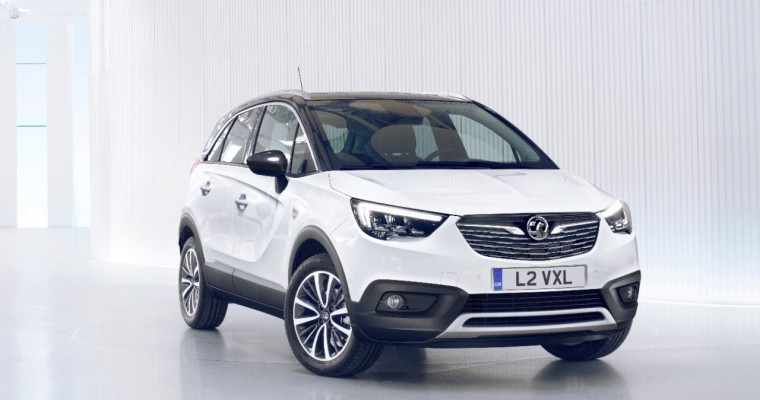 Vauxhall is bringing its three newest vehicles to the 2017 Geneva Motor Show next week for their respective public debuts: the Insignia Grand Sport, Insignia Sports Tourer, and Crossland X. All three vehicles have already been unveiled through press releases and, in the case of the Crossland X, a vernissage in Berlin, but Vauxhall and Opel’s […] 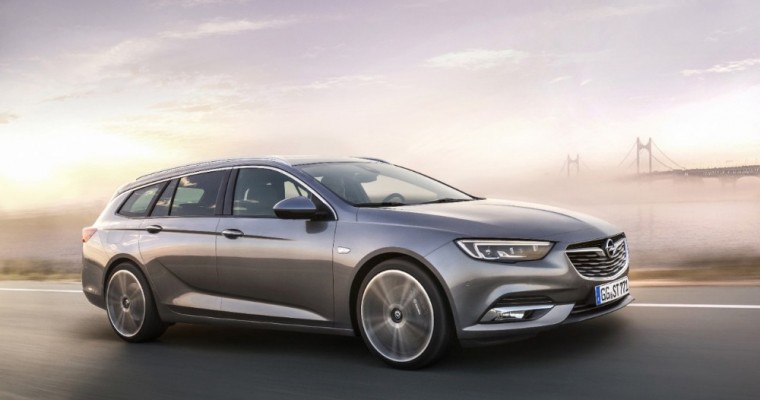 Opel is going to the 87th International Motor Show in Geneva in March with the express purpose of showcasing its all-new Opel Insignia. The Rüsselsheim-based automaker will seize the opportunity to present the Grand Sport and the Sports Tourer variants of its flagship model for the very first time, with both models being unveiled during the March 7th Opel press […]