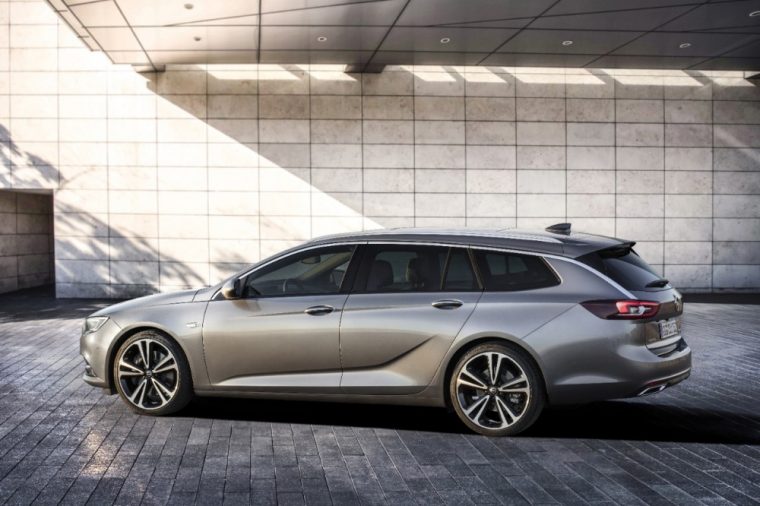 The Opel Insignia Grand Sport and Sports Tourer made their world debuts on Tuesday at the 2017 Geneva Motor Show, giving customers in the UK and Australia their first live looks at the latest models being added to the Vauxhall and Holden lineups.

Gaining Ground in the New Year: 2017 Buick Cascada catching on with customers stateside

“We’re excited to finally be able to show what is a truly global vehicle to media and customers over the course of the Geneva Motor Show, and we’re more than confident everybody will love it,” said GM Australia Design Director Richard Ferlazzo. “We’ve been in discussions with [Opel/Vauxhall Vice President of Design Mark Adams’] Opel team for a long time and have made sure the Commodore DNA is strong in the car with an athletic stance, muscular flowing lines, and a strong road presence all hinting at the exceptional drive experience and high-tech features.

The Commodore/Commodore Sportwagon are expected to make their Australian debuts later this year ahead of an early 2018 launch.

As for the Vauxhall Grand Sport, it is being touted for its use of an active aluminum hood (a first for the brand) and other light-weighting techniques in cutting as much as 175 kilograms; new technologies including next-gen IntelliLux LED matrix lighting, Lane Keeping Assist, and Head-up Display; new intelligent all-wheel drive; and convenience features up to and including more OnStar functions, Apple CarPlay and Android Auto compatibility, and Aktion Gesunder Rücken-certified ergonomic seats.

“In its proportions as well as in each detail, we wanted the new Insignia Grand Sport to deliver an upscale quality feel,” said Adams. “Its design combines flowing lines and subtle surfaces with crisp, precise lines to exaggerate its dramatic proportions: it looks longer, lower, and wider than it actually is, and it definitely looks upscale. Every design feature conveys technical know-how and the utmost precision. The new Insignia Grand Sport is an excellent value proposition with the aura of a car from the premium, upper class.”

Check out Opel’s presser introducing these new models below.