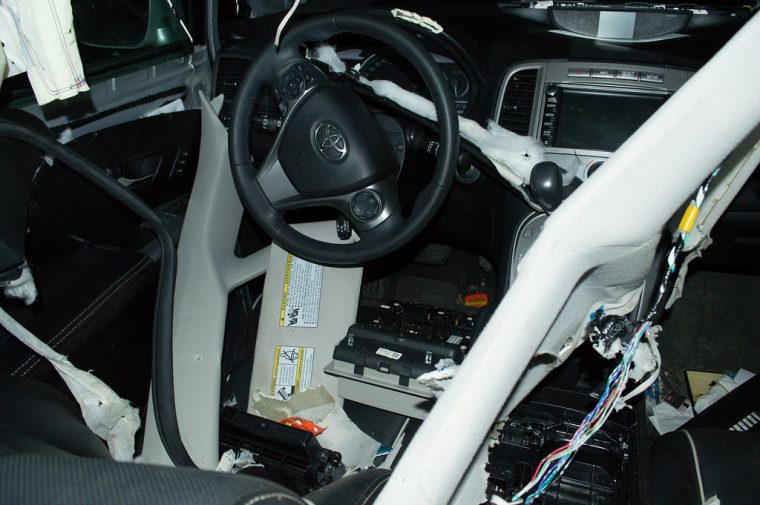 Bears are persistent creatures, particularly when it comes to food…even when that food is safely (or so you think) tucked inside your car. One unlucky 2014 Toyota Venza owner in Virginia found this out the hard way when he left a candy bar in his car overnight while staying at his log cabin.

The bear, sensing the presence of food, let himself into Zachary Stoots’ unlocked car in search of a tasty treat. Unfortunately, the bear somehow managed to close the door and get trapped inside the wagon. Panicking, the bear proceeded to rip up the Venza’s interior before managing to reopen the door and let himself back out.

Maintenance is Key: Why should you change your oil regularly?

The damage was considerable. While from the outside, the car looked as good as new, inside was a different story. The seats were completely ripped apart, the door panels had all been pulled off, and the roof wiring was totally shredded. The seats experienced the worst damage, though, and would have cost $5,000 each to replace. As a result, Stoots’ insurance company wrote off the vehicle, valuing it at $29,800.

The bear also entered a Mitsubishi Endeavor parked outside the log cabin, but left once he realized that there was no food inside. The only evidence of his presence was a paw print on the seat. A few days later, the bear returned and tried to get into Stoots’ rental car.

Stoots certainly learned his lesson, and will be locking his cars from now on. Hopefully, after a few failed attempts at breaking and entering, the bear will learn his lesson and find another source for his candy cravings.

More on the Venza: See what the car looked like before the bear rearranged its interior