Behind the Badge: How Dodge’s Logo Became Ram’s Emblem

Plus: Does the RAM emblem look like a uterus and are the Dodge Brothers Jewish? 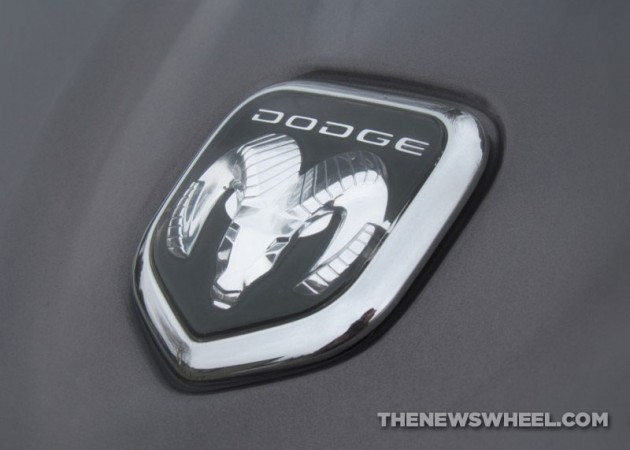 Few automotive emblems are as recognizable and revered as the ram’s head logo. Although it started off as the badge on Dodge vehicles and has since become the symbol adorning RAM trucks, the history of Dodge logos goes back much further than the horned mammal. Many fascinating, mysterious logos have been used by Dodge throughout the past hundred years, including the brand’s newest emblem.

Here’s your chance to learn all about them.

History of the Dodge Logos

The Dodge Brothers Company was founded in 1900 by siblings John Francis and Horace Elgin. The business began as an automotive parts supplier before producing its first vehicle in 1914. After the brothers passed away in 1920 and the company was “driven” into financial trouble, Chrysler purchased the Dodge Brothers Company, dropping “Brothers” from the name. The first appearance of the ram hood ornaments happened shortly after.

Below are the notable emblems used by Dodge before the ram logo was introduced:

By the early 1990s, Dodge had been undergoing a revitalization of its truck lineup and needed a new logo to set the brand apart as something powerful. What we got was the ram’s head emblem.

NEXT: How Dodge pushed through the crowd with its ram logo

In the 1970s, the ram hood ornament was reintroduced on various models, including heavy-duty tractors, hearkening back to their use in the 1930s. As the story goes, Avard T. Fairbanks originally designed the ram radiator cap in the late 1920s. When Walter P. Chrysler was skeptical of the idea, Fairbanks asked what a person’s first thought would be upon encountering a ram in the wild. Chrysler’s response “Dodge!” fit perfectly.

The Ram, the ancient symbol of Aries, signifies authority, force, fearlessness, and virility.

As the ram’s head began appearing on redesigned Dodge pickup trucks, the brand began referring to them as Dodge RAM trucks. By the 1990s, hood ornaments were out of fashion and the ram’s head needed to be adapted into a consistent, identifiable badge. Thus, the ram logo was used on almost every Dodge model between 1993-2010.

RAM became its own brand when Fiat acquired Chrysler in 2009. Because the ram’s head badge was more appropriate for the strength and power of RAM trucks, Dodge relinquished the logo to the pickup brand. After all, truck fans are undeniably obsessed with iconography over other vehicle owners (you don’t see Honda or Toyota customers wearing ball caps and t-shirts bragging over who has the better hatchback).

There is one notable similarity that drives die-hard RAM truck fans crazy: the striking resemblance of the ram’s head to a uterus.

Once RAM began exclusive use of the logo for the 2011 model year, Dodge needed a new image.

NEXT: Dodge revitalizes its youthful reputation

When Dodge needed a new logo after giving up the iconic ram’s head, the company turned to the Wieden & Kennedy ad agency, famous for its Nike design.

Dodge wanted to ditch the all-powerful reputation of the ram in favor of a “forever young attitude” that emphasized the brand’s performance car history. Thus, the designers turned to the popularity of Chrysler’s Street and Racing Technology (SRT) group, which developed the Dodge Viper. 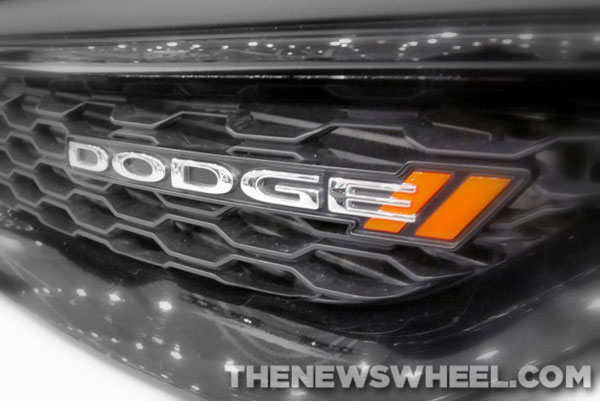 The result was a simple text-based badge with two diagonal, redish-orange hash marks after the Dodge script. The twin slanted slashes of the SRT performance brand suggested speed and agility—iconography immediately recognizable by racing fans. The silver text represents purity, dignity, and grandeur, while the red stands for passion and excitement.

While it was originally intended to be limited to digital and print marketing, Dodge’s new logo began appearing on vehicle grilles as a badge for the 2012 model year—after the short-lived shield-with-crosshairs design of the 2011 lineup.

Enjoy learning about the Dodge and RAM logos? Check out the rest of our “Behind the Badge” series!