AutoBlog is confirming that the BMW i3 REx will sport an EPA rating of 117 MPGe combined and will get 39 mpg when running on gasoline. This puts the i3 with range extender comfortably in the neighborhood of EV and PHEV competitors.

The i3 REx, which has already begun arriving at dealerships across the country, sports a 72 mile electric driving range and a 78 mile gasoline-only range, putting total range at 150 miles. By comparison, the BMW i3 has a combined 124 MPGe with a max all-electric driving range of 81 miles. 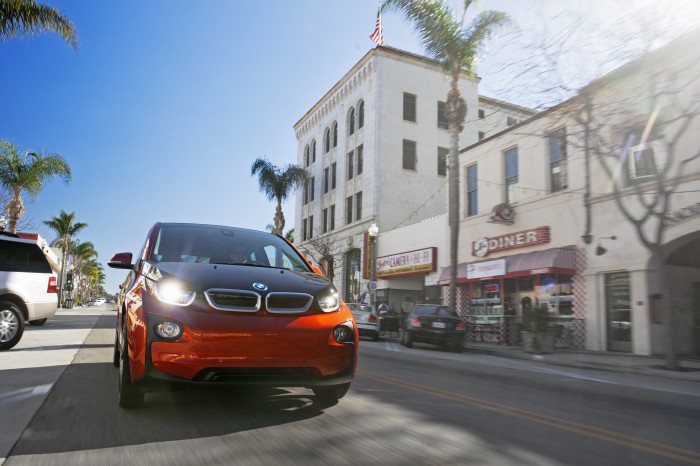 It is also noted that the BMW i3 REx emits 40 grams of CO2 for every mile traveled. This is about one-tenth of the emissions of an average passenger vehicle, which emits about 423 grams of CO2 per mile.

Further, the BMW i3 REx will carry an estimated $650 annual fuel cost and could save drivers as much as $8,250 in fuel costs over the course of five years.

The two-cylinder range extender found on the REx holds 2.4 gallons of gasoline, generates 34 horsepower, and adds 330 lbs to the i3’s curb weight. The range extender will cost i3 buyers an additional $3,850 before fees and federal/local incentives.

The first deliveries of the all-electric BMW i3 took place at the beginning of this month.

Deliveries of the BMW i3 EV began in May