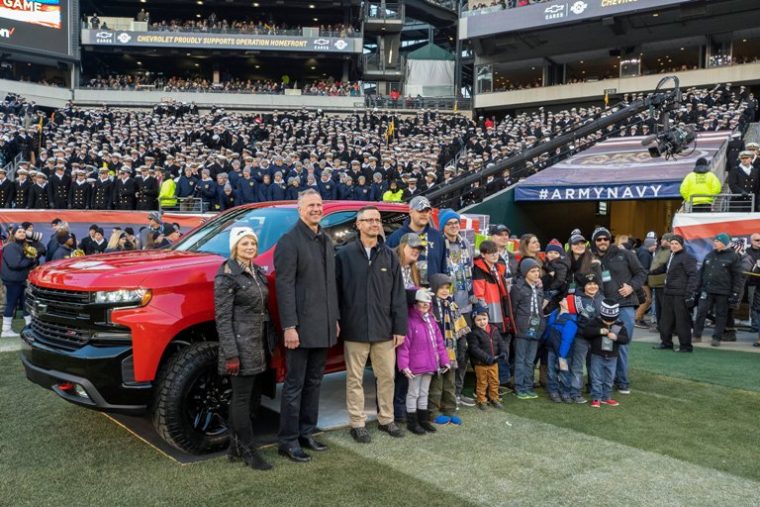 Chevy is giving back to the troops this holiday season

For the ninth year in a row, Chevrolet served as the official vehicle of the Army-Navy NCAA football game. Chevy also took the opportunity to give back to members of the United States military and their families by donating seven Silverados to Operation Homefront.

Operation Homefront is a national nonprofit organization that provides assistance to military families. It accomplishes this by providing those families with financial assistance, family support services, and housing.

“Chevrolet, through their Chevy Cares program, has been an amazing partner and has played a key role in helping us bring our important mission to support our military families to life,” said Pray.

You can watch a part of that presentation in the video below.

One of the donated Silverado vehicles will be stationed at Operation Homefront’s headquarters in San Antonio. The others will be distributed to six of the nonprofit’s regional offices.

Operation Homefront plans on using the trucks to distribute goods to military families throughout the year. That includes backpacks for military children, as well as special meals, supplies, and toys just in time for the holidays.

GM’s commitment to the military extends beyond just its partnership with Operation Homefront. The automaker currently employs more than 6,000 veterans. The donation of these trucks is simply the latest way that GM has given back to those who sacrifice so much for their country.