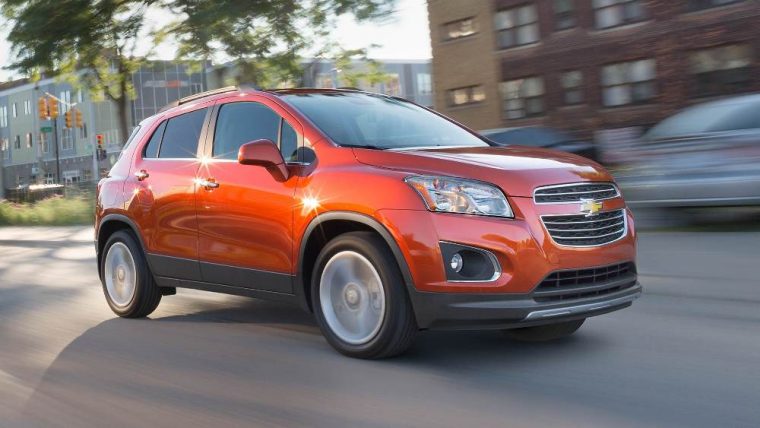 Sitting proudly at the smaller end of Chevrolet’s SUV lineup is one crossover that seems to be made specifically for city drivers (because it was), combining a compact size with superior interior space and ride height. Combining strength with smart technology and a brand new look for 2017 (ladies), the Chevrolet Trax is one of the Bowtie Brand’s most popular vehicles.

How popular, you ask? Well, according to Chevrolet’s sales reports for August, almost 17% more popular than last year at the same time. That means that in August 2016, Chevrolet Trax deliveries in the US totaled a strong 6,997 compact crossovers, versus 5,985 Trax deliveries last August (an increase of 16.97%). This comes during a month where total Chevrolet sales dropped 3.9% (although the brand’s retail market share has been rising).

In Canada, the sales numbers for August don’t look as good. Year over year, Chevrolet saw a sales decrease of 8.25%, from 861 units in August 2015 to 790 in August 2016. However, the crossover’s year-to-date sales don’t show anything remotely close to that number, reporting a year-over-year jump of 23.48% to rival the US percentage. That means sales jumped in Canada from 4,859 units last year at this time to an even 6,000 this year.

Perhaps these numbers will see another rise as Chevrolet begins sending out the refreshed 2017 Chevrolet Trax to dealers this fall.