Chevrolet will be buying several Portland State carbon credits as part of the brand’s voluntary carbon reduction initiative, meaning that Chevy won’t be buying the credits to use, but to retire. The Portland State carbon credits bought in the transaction are worth two and a half years of energy efficiency projects, which totals about 1,500 tons of prevented carbon emissions. 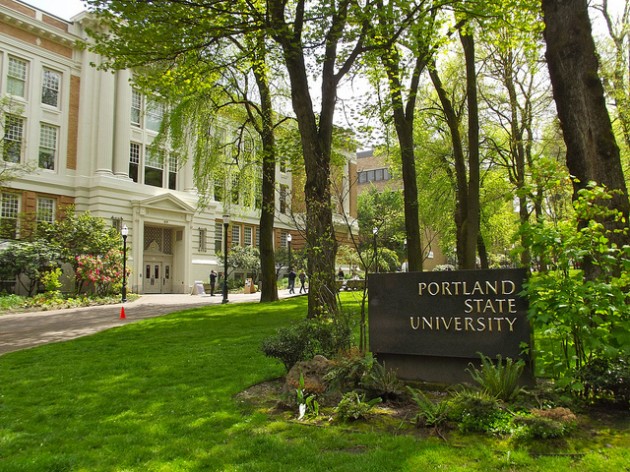 It’s a win-win for Chevy and Portland State University (PSU)—and a big win for the environment. The funds from the transaction will go on to support several of the college campus’ sustainability projects, and Chevy is another step closer to its goal to avoid 8 million metric tons of carbon emissions, a goal that was launched back in 2010.

“Our Climate Action Plan has us making strides toward achieving net-zero emissions from campus operations by 2040, so naturally improving the energy efficiency of our buildings is high on our to-do list,” commented Noel Mingo, the utility manager at PSU. “When Chevy approached us about purchasing the credits associated with the work we were doing, the timing was perfect.”

Chevrolet used the Bonneville Environmental Foundation (BEF), a Portland-based nonprofit, as a buyer agent for this transaction. BEF has played a big role in Chevy’s attempts to buy up carbon reductions across the country. Projects have included a little bit of everything, from forestry conservation to wind energy.

“Chevrolet supports the cause for cleaner air,” said David Tulauskas, the director of sustainability at GM. “There are other ways to fuel the clean-energy movement beyond reducing the environmental impact of our own vehicles and facilities. To us, it’s also about finding the innovators who are doing big things to leave a smaller footprint. Portland State is aggressively reducing their impact on climate change and engaging the next generation along the way. This program enables them to reinvest even more in clean energy technologies and spread the benefits further.”