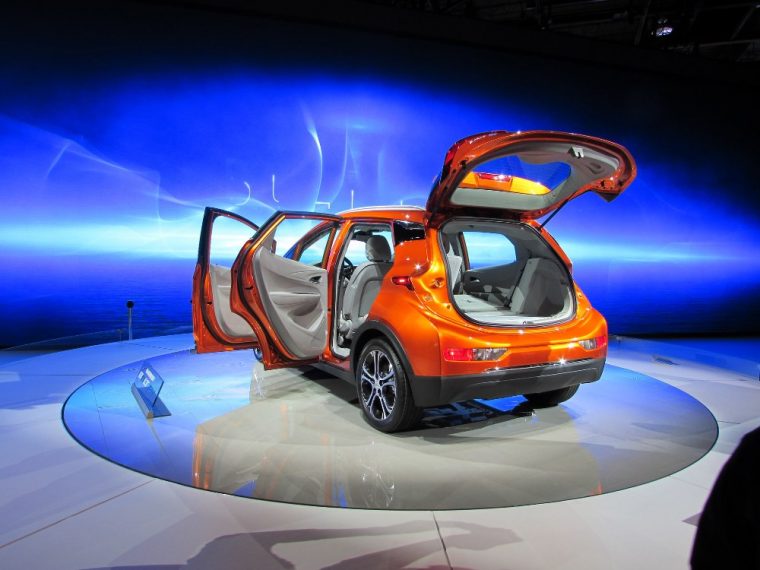 Chevrolet is very excited about its upcoming Bolt, but that excitement comes with some concerns.

As interest appears to be fading in electric vehicles, will the Bolt’s $30,000 cost and 200-mile range be enough to attract car shoppers? Will it be able to compete with Elon Musk’s similarly priced Tesla Model 3? Will customers be confused by the strange fact that the Bolt has a name that sounds very similar to the brand’s Volt car? Or that fake “Jolt” that some guy on the internet made up?

In a recent interview, Chevy’s manager of new product, Shad Balch, addressed some of those issues.

Balch admitted that with stable gas prices, attracting electric car buyers was a “challenge,” but felt it was one that General Motors was capable of meeting.

“We have to get people to drive the car,” Balch told the Santa Maria Times. “Once they do, they realize it’s not just about the price of gas. It’s about the performance — the torque at zero RPM, the silence, the lack of vibration. These are things we try to engineer into gasoline-powered cars, but they’re all inherent in electric vehicles.”

Balch was also confident that the Bolt would beat the Model 3 to market, even arguing that stories about Tesla’s electric vehicle were actually helping the Bolt.

“Every story about the Model 3 includes a mention of the Bolt EV and our target date is ahead of theirs,” said Balch. “We’re on track. Preproduction models have rolled off the line about 10 weeks ago. We are on schedule to begin production at the end of this year, with deliveries to start immediately afterward.”

It remains to be seen whether the Bolt or Model 3 will prove more popular, but Chevrolet sounds reasonably confident heading into this title match.