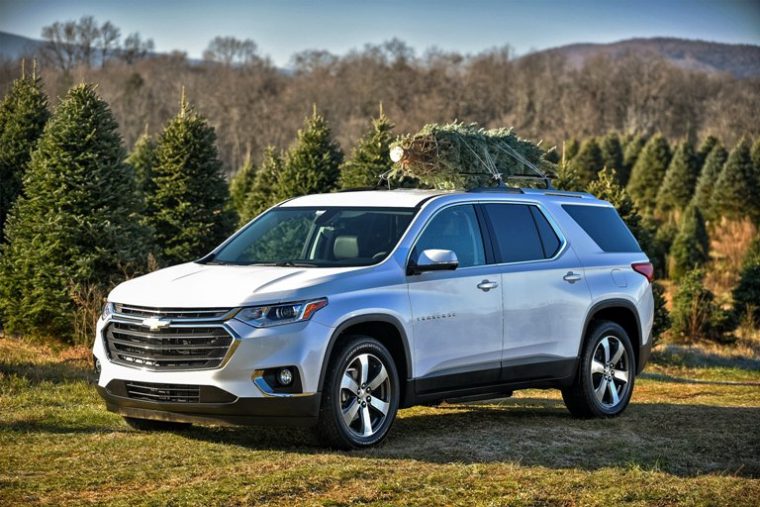 If you thought that the sales trend toward SUVs and crossovers present throughout 2017 would change course at the beginning 2018, then Chevrolet’s sales report from last month is here to prove your assumption wrong. In fact, nearly every utility vehicle in Chevy’s lineup gained sales in January, whereas sales declined for nearly every one of Chevy’s passenger cars.

By the end of the month, Chevy’s emphasis on crossovers and SUVs paid off, with overall sales up by 5%.

Crossover and SUV sales made up the bulk of Chevrolet’s overall sales last month. The only SUV to lose sales year-over-year was the Chevy Suburban, with sales for the model down by 6.1%.

The Chevrolet Equinox gained the most sales compared to the previous year. Equinox sales were up by 50.3%, with a total of 26,405 Equinox vehicles sold.

Another SUV that experienced major sales growth was the Chevrolet Traverse. Sales for this model were up by 41.5% year-over-year. 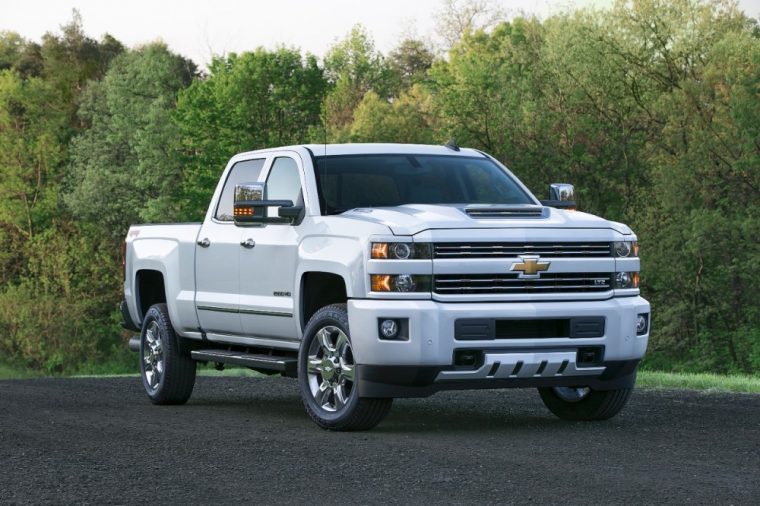 Pickup sales continued to impress at the beginning of 2018

The Colorado, the other truck in Chevy’s lineup, also experienced sales growth in January. Colorado sales were up by a total of 24.9% compared to a year prior.

Look to the Past: History of Chevrolet

Despite strong sales performances from Chevrolet’s SUVs and trucks, or perhaps because of those strong performances, passenger car sales were way down for Chevrolet. The major exception to this was the Chevy Bolt EV, which experienced a sales increase of 1.3%.

Whereas the Bolt succeeded, the Volt suffered. Chevy only sold 713 Chevrolet Volt models last month, a decline of 55.7%. 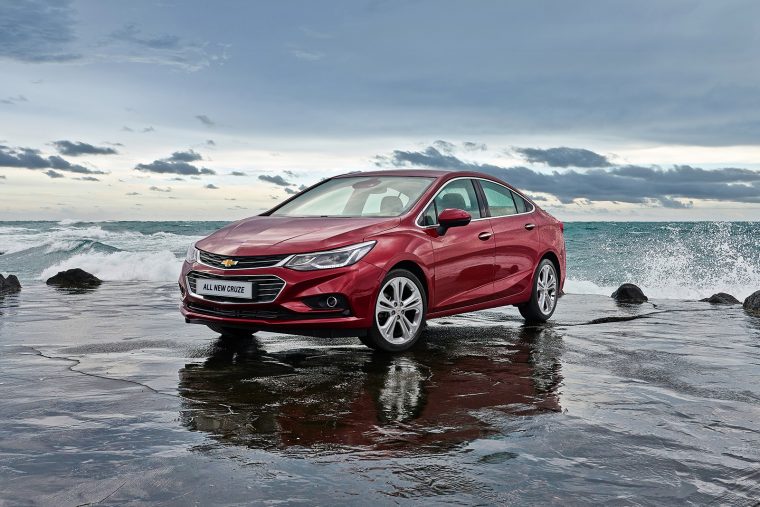 Despite a recent redesign and the introduction of a hatchback model, Cruze sales were way down in January

Meanwhile, Cruze sales were down by 45.6%, with a total of 10,858 units sold. Impala sales experienced similar declines, with sales down by a total of 47.3%.

You can examine how all of Chevrolet’s models fared in the sales chart below: 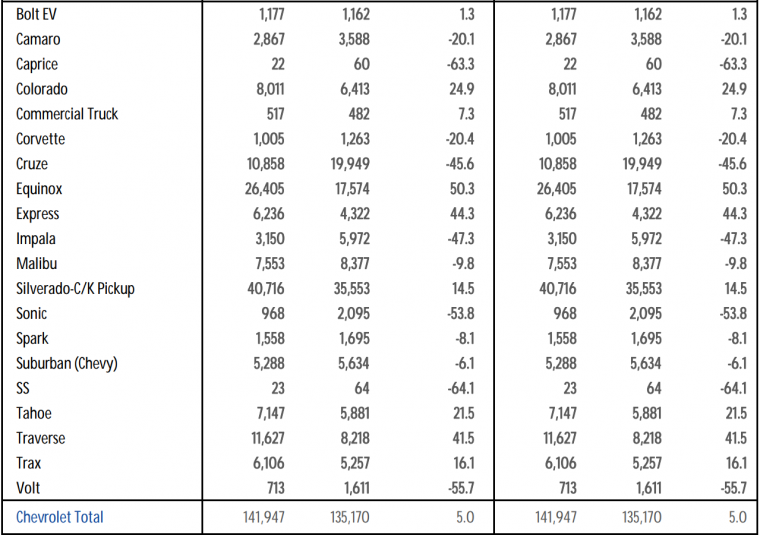