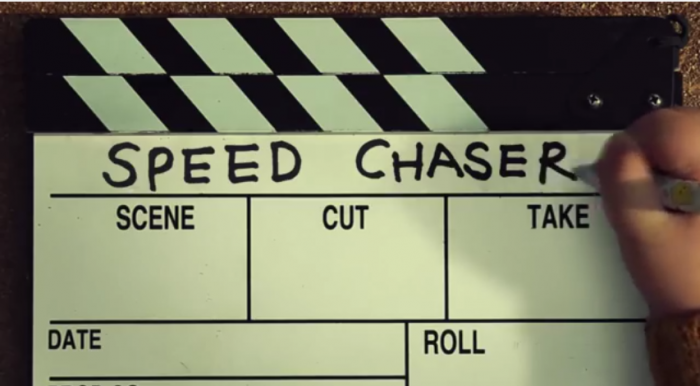 Last night, Chevy’s “Masterpiece” Oscars short aired during this year’s Academy Awards, and it was truly something spectacular. The credit doesn’t go to Chevy, however; instead, it goes to an independent filmmaker from South Korea: Jude Chun, in collaboration with Eunhae Cho and Sunyoung Hwang.

Chun’s “Masterpiece” short film was entered along with 72 other shorts created by independent filmmakers from around the globe, but it was his piece that won out in the contest as part of the Chevrolet and MOFILM Oscars film program. The contest was announced last June, and in total, 72 films and 200 scripts poured in from 34 countries.

Featured in “Masterpiece” is a 2014 Chevrolet Cruze and a lot of little kids with big imaginations as they produce their own short film called “Speed Chaser.” Yes, it’s a short film within a short film. (Quick, let’s change the topic before someone makes a now dated Inception joke.)

“A big budget might help, but it’s really imagination, creativity, and passion that gets movies made,” said Chun. “Chevrolet’s brand is about ‘finding new roads’, and that’s exactly what filmmaking is.”

Chun has been making films since high school and has been with MOFILM since 2011. In his short time with MOFILM, he has won two contests.

You can check out Chun’s and Chevy’s “Masterpiece” Oscars short below:

If this contest seems a bit familiar to you, you might be thinking about the commercial that resulted from Chevy and MOFILM collaboration back in 2012 for Super Bowl XLVI. The winning ad was entitled “Happy Grad,” which you can check out below: