It seems like only a month ago that Star Wars: The Last Jedi was released in theaters nationwide, but it has actually only been three weeks. Still, that hasn’t stopped emmerging news, rumors, and speculation surrounding the next addition to the Star Wars mythos: Solo: A Star Wars Story.

As the name implies, Solo: A Star Wars Story will focus on the adventures of a young Han Solo, played by Alden Ehrenreich. Other important characters, like fellow scoundrel Lando and Solo’s faithful Wookie companion Chewbacca, are also set to make appearances, along with Solo’s famous spaceship, the Millennium Falcon. 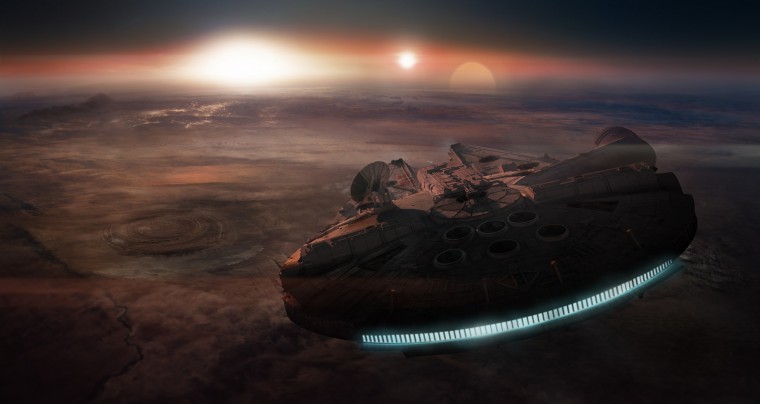 If recent tweets from director Ron Howard are any indication, the Falcon won’t be the only vehicle making an appearance. Howard recently shared an image of an intergalactic steering wheel on his Twitter feed.

Reminiscent of an Earth-based dashboard, with some Atari-esque aesthetics thrown into the mix, these controls certainly don’t look like they belong in the cockpit of the Millennium Falcon. Which leads to the question of what vehicle this wheel belongs to? 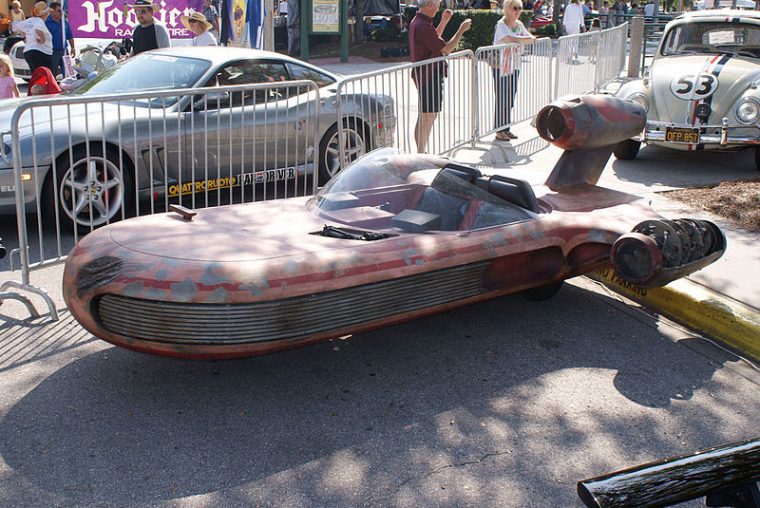 This wouldn’t be the first Star Wars vehicle based on an actual automobile
Photo:Valder137

The answer might have been accidentally revealed through leaks of LEGO sets for the movie.

Caution: Potential Minor Spoilers for Solo: A Star Wars Story are listed below:

In addition to hinting that audiences might see Solo make his often-mentioned, record-breaking Kessel Run, two separate Landspeeders are listed as sets. This won’t be the first time that Landspeeders have appeared in the Star Wars universe, as they are a common means of transportation on the planet of Tatooine.

While Landspeeders are designed to hover off of the ground instead of operating on wheels, they share a lot in common with our Earth-based vehicles. In fact, the original Landspeeder prop was built around the chassis of a Bond Bug, brought to life on screen with a little behind-the-scene visual trickery.

Therefore, it would not be surprising at all if the automobile-like steering wheel belonging to the mystery vehicle Howard shared in his tweet in fact belongs to one of these Landspeeders.

No more poetential spoilers for Solo: A Star Wars Story after this point

Outside of the steering wheel and dashboard itself, the image also features a pair of hands behind the wheel. These likely belong to Ehrenreich, as the gloves on the hands bear an uncanny resemblance to the gloves Han Solo wears when he pilots the Millennium Falcon in the original Star Wars film.

What we end up seeing on-screen during Solo: A Star Wars Story might be very different than what was originally envisioned. Phil Lord and Christopher Miller, the directing team behind 21 Jump Street and The LEGO Movie, were originally chosen to serve as the movie’s directors.

However, Lord and Miller parted ways from the project a few months into filming. Rumors circulate that the pair’s original movie was meant to be more comedic, and the team at Lucasfilm didn’t quite agree with that directing style.

Shortly after Lord and Miller’s departure, Ron Howard, who has directed pictures like Apollo 13 and A Beautiful Mind, was brought on to direct the film instead. Much of the film had to be reshot, with varying reports on just how much needed to undergo the reshooting process.

Despite this delay, Solo is still set for a wide release on May 25 of this year. With a trailer (hopefully) on the way soon, we are sure to learn more about this latest addition to the Star Wars saga, as well as the various vehicles that are set to make an appearance in it.