Officers can now take Dodge's most popular SUV out on patrol 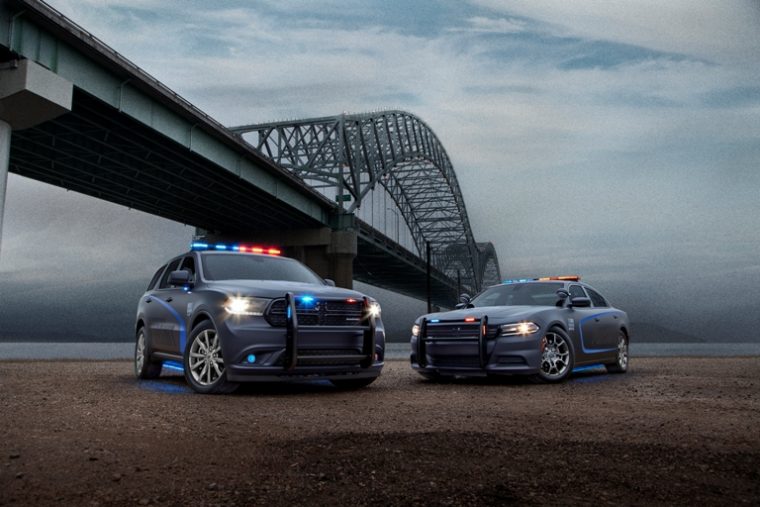 If you’ve ever seen a passing white Dodge Charger while out on the road, you’ve probably done a double take to check if it was a cop car. Chances are high that it was indeed a police cruiser, as the Dodge Charger Pursuit is the top-selling police sedan in the U.S. market.

It would seem that Dodge has plans to offer the authorities a means of transportation from a different vehicle segment, as the automaker has just revealed the 2018 Dodge Durango Pursuit.

Serving Those Who Serve Their Country: How Fiat Chrysler supports the U.S. Military

Powering the 2018 Dodge Durango Pursuit is a 5.7-liter HEMI V-8 engine, capable of producing 360 horsepower and 390 lb-ft of torque. The Durango Pursuit also comes standard with all-wheel drive and heavy-duty anti-lock brakes, which help it go from 60 mph to a complete stop in just 134 feet.

Inside, officers will find a ParkView rear backup camera with ParkSense alert. There’s even a class-exclusive K-9 friendly Tri-Zone interior temperature system for any four-legged members of the police department.

“Unofficial testing results at the Michigan State Police 2018 model-year vehicle evaluation event created such a stir among law enforcement agencies that we simply had to find a way to build this vehicle,” said Steve Beahm, Head of Passenger Car Brands for FCA North America. “The Dodge Durango is already known as the Charger of SUVs, so it is only natural that the new Durango Pursuit complements the Charger Pursuit in police fleets across the country.”

It would appear that even law enforcement agencies are choosing to replace sedans with larger SUVs. Of course, if those agencies want one of these vehicles, they will need to act fast, as the 2018 Dodge Durango Pursuit is only set to be offered for a limited time.