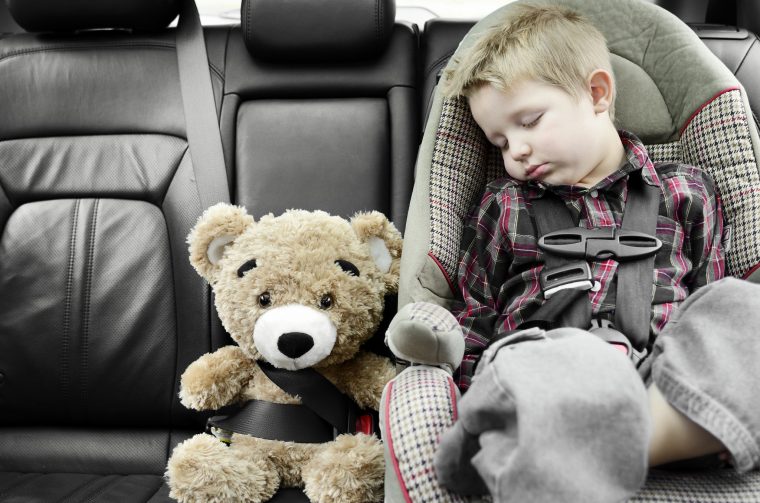 In fact, according to a survey by SafeKids.org, “64 percent of caregivers who showed up at a Safe Kids Buckle Up checkup event with a child in a forward-facing car seat were not using a tether.”

What’s the tether you ask?

Well, “it’s the strap with a hook hanging on the back, at the top of your child’s car seat,” explains SafeKids.org.

Forward-facing car seats that sport a harness to secure your child feature a top tether, which is designed to prevent the car seat from leaning or falling forward when it is correctly fastened to an anchor in your vehicle.

“Using a top tether is essential,” reports SafeKids.org. “To understand why, think about how a car seat is installed into a car. First, either the seat belt or two lower attachments secure the bottom of the car seat to the car. That is a critical connection, but it isn’t enough.  A third point of contact, the tether, secures the top of the car seat to the vehicle to keep it from pitching forward in a crash.  Without it, that sudden forward motion can result in the child’s head hitting the back of the front seat, other occupants or even the console, causing serious harm. Clearly the top tether is a critical element of installation!”

Is the top tether on your kid’s car seat installed correctly?

RealSimple.com Writer Marisa Cohen recommends following these steps to make sure your car seat’s tether is where it should be.

Then, locate the anchor in your vehicle—it is typically shaped like a boat anchor and can be found on the rear shelf, the ceiling, or on the back seat. If unable to find the anchor, Cohen says to check the vehicle’s owner’s manual.

Finally, she advises you to “Attach the hook to the anchor, and then tighten the strap until the seat feels secure and doesn’t move more than an inch in any direction. Make sure it’s not attached to a cargo hook or wrapped around the headrest, two of the common mistakes found in the Safe Kids study.”

The parents/caregivers involved in the study were interviewed between October 2015 and December 2016.