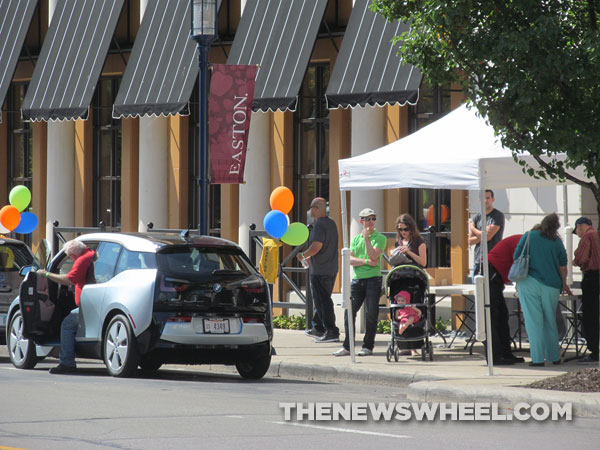 Have you thought about investing in an electric car yet? If you’re like one of numerous drivers across the United States, you’ve noticed the inevitable trend toward electric vehicles (EVs). But, it’s hard to buy into such a change without getting to learn about and test the technology first-hand. The average car buyer doesn’t get many chances to get behind the wheel of an EV and give it an honest evaluation– at least, not without the pressure of a car salesman over your shoulder!

Yesterday, on Sunday, September 21, dozens of curious guests showed up at Easton Town Center, within the Columbus, Ohio region, for an electric vehicle test drive experience. 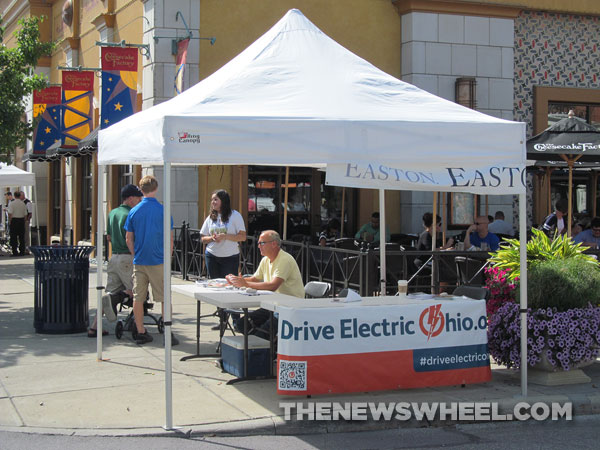 Visitors to Easton Town Center on Sunday were treated to a free hands-on experience to learn about EVs. The event was organized by Drive Electric Ohio, an initiative of Clean Fuels Ohio and a statewide non-profit group dedicated to “promoting the use of cleaner, domestic fuels and efficient vehicles.”

With only a valid driver’s license needed, participants could obtain a wristband that allowed them to test drive any of the EVs featured along Townsfair Way. Beginning at 10 am, EVs were constantly pulling up to the curb and heading out onto the road in cycles of test drives that lasted well into the mid-afternoon.

“I’ve never driven an electric car before,” admitted Vicki, a visitor who partook in multiple test drives on Sunday, “so this event was a great way to see what being in one was actually like. The technology seems to hold so many possibilities, so I’m excited to see it continue to develop and hopefully be more financially accessible for drivers like me.”

The 2015 BMW i3, provided by local dealership Kelly BMW,  was undeniably the hot ride of the afternoon. As it was the first chance numerous participants had to drive a BMW, the line for the i3 was constantly filled. Also featured at the event was the BMW i3’s rival, the Tesla Model S, which garnered plenty of excitement itself. Other vehicles included the Nissan LEAF, the Chevrolet Volt, and the Cadillac ELR.

The vehicles were provided by both local dealerships and private owners, who oversaw each test drive and gladly shared their personal experiences owning EVs.

Thanks to Drive Electric Ohio, and the enthusiastic volunteers of the event, drivers of all ages are seeing the quality electric vehicles being produced– and that owning an EV could be an affordable reality. 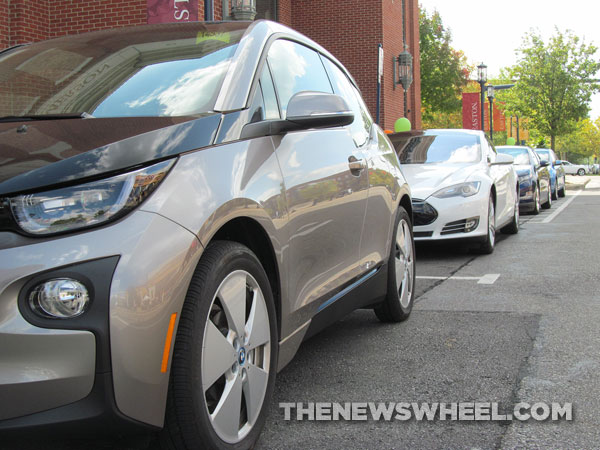