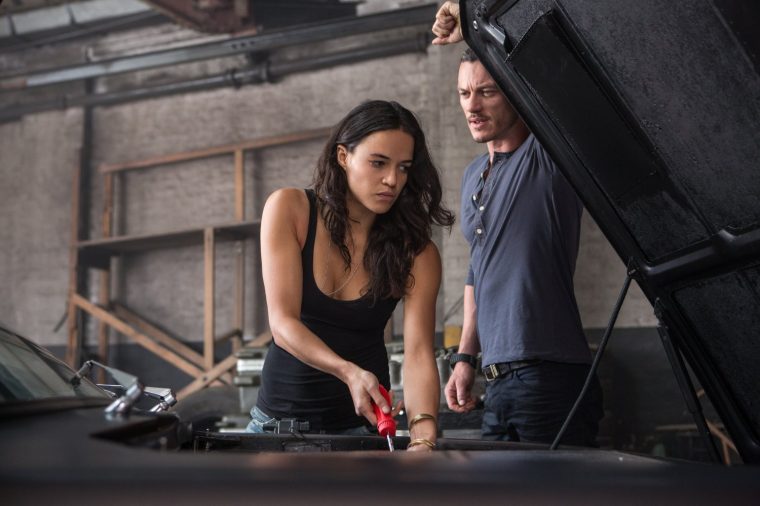 Step it up, folks.

Actress Michelle Rodriguez, known for her role in the Fast and Furious franchise, has issued an ultimatum: either the franchise steps up its game and improves the way it treats women, or she’s out.

The actress took to social media to express her frustrations, explaining on Instagram that the film’s executives need “to show some love to the women of the franchise on the next one. Or I just might say goodbye to a loved franchise. it’s been a good ride.”

F8 is out digitally today, I hope they decide to show some love to the women of the franchise on the next one. Or I just might have to say goodbye to a loved franchise. It’s been a good ride & Im grateful for the opportunity the fans & studio have provided over the years… One Love ??❤️???✨???

It seems as though Rodriguez has been thinking about this move for a while now. She expressed her frustrations in an interview with Entertainment Weekly back in May: “I’ve been making movies with Jordana,” she said, referring to her character’s sister in the franchise, “for 16 years and I can count on one hand how many lines I’ve had to her […] At the end of the day, the only leverage I have as an individual is my participation.”

Rodriguez’s decision comes with good reason. Prominent female characters have been killed off left and right throughout the series, making female representation minimal in an already male-dominated franchise. Rodriguez is using her own voice and her own actions to try and make an impact.

That’s the most important thing a person can do to try to make change, especially from a position of power. Fans can complain about the lack of female representation all they want; unfortunately, that doesn’t mean it pulls enough weight. But Michelle is doing something with her position: she is using it to her advantage, taking a stand against the man (literally), and speaking up for what she believes in. The franchise has something to risk by losing Michelle Rodriguez: money.

So, what happens if they don’t change? Well, that depends on whether or not Michelle means what she says. But from her Instagram and recent interviews, I’d say she seems sick and tired of women being underrepresented. If things don’t change, it looks like Michelle will be saying “see ya.”