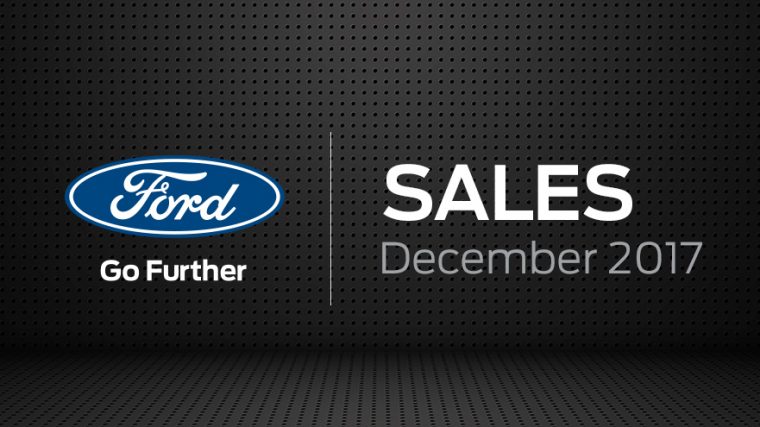 Ford Motor Company ended 2017 with a 0.9% uptick in December sales, delivering a total of 242,049 vehicles in the final month of the year. Ford brand sales rose 1.9% at 231,430 vehicles delivered, bringing total sales for 2017 to 2,475,556 vehicles—good enough for Ford’s eighth consecutive year as the best-selling auto brand in America.

The Ford brand was guided to this milestone, unsurprisingly, by its trucks and SUVs. Ford truck sales were up 4.3% in 2017 at 1,123,416 delivered, including nearly 900,000 F-Series trucks sold throughout the year. SUV sales rose 3.1% from 2016 at 796,302 delivered, setting a new full-year sales record with the help of record deliveries from Escape and Edge.

Ford brand SUVs also posted a December record with 75,771 vehicles sold and a 10.3% year-over-year increase. Sales of the Ford Expedition were strong at 5,458 vehicles, driven by the popularity of the newly-launched 2018 model. The 2018 Expedition took just seven days to turn in December, and nearly 50% of all Expeditions sold were high-end Platinum models.

Ford car sales were down 14.9% for the year, with not one vehicle in Ford’s car lineup posting year-over-year sales growth. Deliveries of the Ford GT totaled 89 units in 2017.