We’ve all been there: Driving around a three- or four-block radius in seemingly interminable loops looking for that one unoccupied parking space to call home for the next hour or so while you enjoy the dinner date for which you are already running 10 minutes late. You drive past five or six vehicles that seem to be parked inefficiently enough that you think to yourself, oh, I could have totally squeezed in there had you not parked like a dummy. Then you curse, apologize to your mother, and continue your search.

Ford News: 50th Anniversary Ford Mustang Cobra Jet is the fastest ever off the line

This thing we just described? Not so much of a problem if you drive the Ford EcoSport. According to Ford, the EcoSport is the most compact SUV on the market, which makes it all the more ideal for sliding into those spots where you might not fit otherwise. With an overall length of 161.3 inches, the EcoSport is considerably more compact than many key segment competitors, opening up the possibility for what Ford terms EcoSpots. 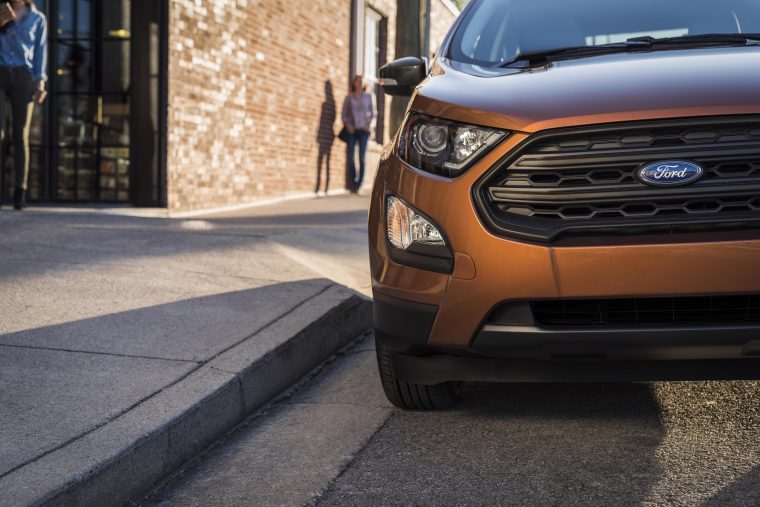 Maybe you don’t live in a big city like New York or Los Angeles, where according to an INRIX study drivers spend an average of 107 hours and 85 hours a year, respectively, looking for parking spots. But if that day comes where you’ve got to visit a friend in Chicago and they tell you that parking is a bit harder to come by, you can just smile and say that you’ve got the capability to make your own EcoSpot. They’ll probably ask you what the hell you’re talking about, but you can just keep on smiling because you know. You know.