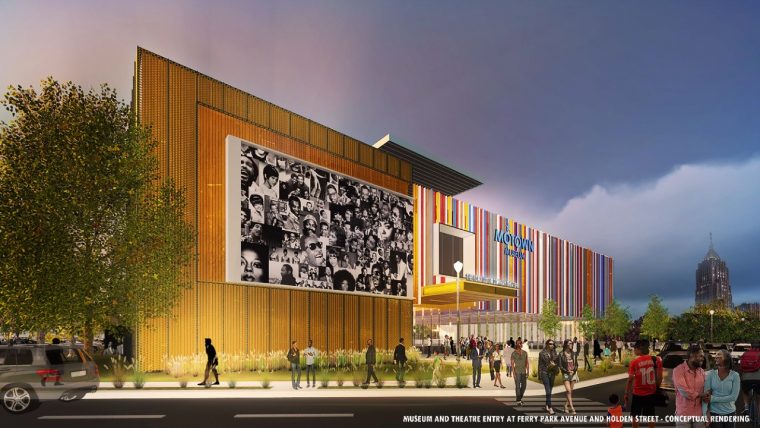 Ford Motor Company and UAW-Ford announced this month that it will be investing a combined $6 million toward the planned $50 million expansion of the Motown Museum in Detroit. Encompassing the legendary Hitsville USA—the home of Motown Records patriarch Berry Gordy—and the legendary Studio A, the museum celebrates the timeless music of Motown and its artists.

“We are thrilled to play a role in the next chapter of a global music icon,” said Joe Hinrichs, president, The Americas, Ford Motor Company, who will hold a leadership position as part of the museum’s expansion efforts. “The enhanced museum will not only upgrade the visitor experience, it also fits with our commitment to investing in the cultural heritage of Detroit and southeast Michigan.”

“It is very gratifying to support the expansion of the Motown Museum, and in doing so, we strengthen an institution that has great historical and cultural significance to our region and the world,” said Jimmy Settles, vice president, UAW. “This partnership also allows us to continue our commitment to the Motown Museum’s surrounding community, which is a community that many Detroit natives treasure.”

Ford and UAW-Ford’s donation will help to provide programming of music and educational varieties to students. It will also support the launch of the Ford-branded CARaoke Experience and the construction of the Ford Motor Company Theater. It will also secure Ford’s status as the official vehicle of the Motown Museum.

The $6 million investment is part of an announced $10 million that Ford will be giving to the city of Detroit over the next five years. In 2016 alone, Ford and Ford Fund have invested $20 million in educational and community programs throughout Detroit; in the past decade, their investments total $161 million.