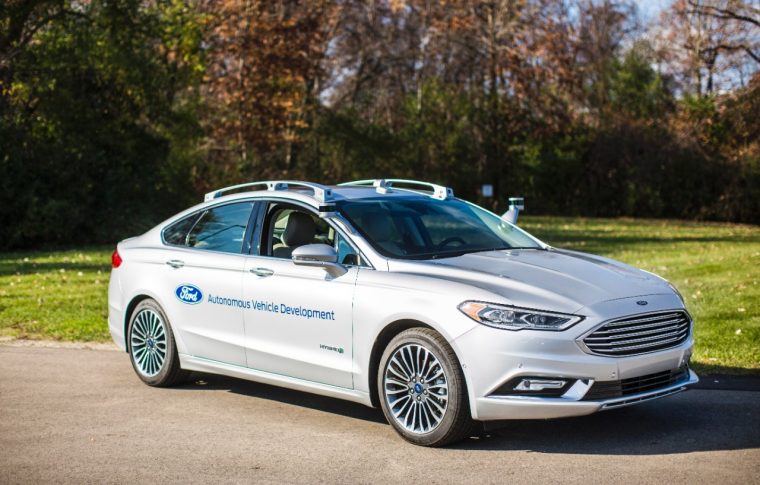 Ostensibly, the next-gen autonomous Fusion Hybrid is the same as the vehicle that has demonstrated the ability to drive itself in the dark and in the snow, only with a few key technology upgrades:

The new vehicle uses the current Ford autonomous vehicle platform, but ups the processing power with new computer hardware. Electrical controls are closer to production-ready, and adjustments to the sensor technology, including placement, allow the car to better see what’s around it. New LiDAR sensors have a sleeker design and more targeted field of vision, which enables the car to now use just two sensors rather than four, while still getting just as much data.

Earlier this year, Ford announced its intentions to make fully-autonomous vehicles available for fleet and ride-share purposes by 2021 and for the general public by 2025. Overall, 2016 has been a banner year for Ford’s autonomous vehicle development program, as it began testing its current Fusion Hybrid Autonomous Development Vehicles on California roads and added 20 new vehicles to its testing efforts in Arizona, California, and Michigan.

Ford will more completely detail its next-gen Fusion Hybrid Autonomous Development Vehicles next month at both CES and the Detroit Auto Show.