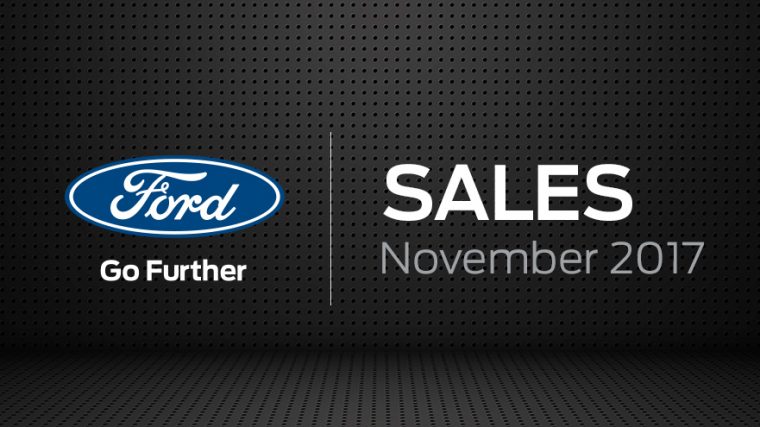 Ford Motor Company saw a 6.7% increase in sales in November, delivering a total of 210,771 vehicles in the United States. Retail sales were up 1.3% at 156,064 vehicles, and fleet sales were up 25.9% at 54,707 vehicles. Ford brand sales were also up, rising 7.3% year-over-year with 201,862 vehicles delivered. Ford’s two most impressive performers in November were the F-Series and Ford-branded SUVs, which achieved their best sales mark for the month in 16 and 17 years, respectively.

Not only were F-Series sales the highest seen in November since 2001 at 72,769 pickups sold, but the sustained demand for higher-priced variants helped produce a $3,800 year-over-year gain in transaction prices. In November, each F-Series truck sold at an average transaction price of $47,100.

Related: 2017 Ford Fiesta is worth a try if you’re on the market for something compact yet confident