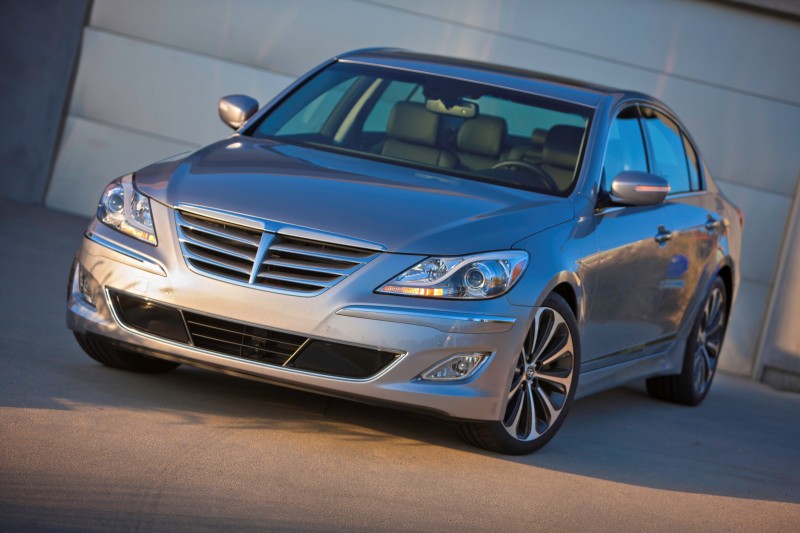 Despite Hyundai’s sales success, one of the automaker’s ongoing struggles has been its limited production capacity. While the company’s growth rate has resulted in record-breaking sales figures around the world, it’s quickly reaching maximum production capacity. That’s why Hyundai’s executives predicted slower growth for the next couple years while it invests $73.7 billion in new facilities and expansions.

Thus, Hyundai’s end-of-the-year announcement took many by surprise: a fully electric Hyundai sedan is on the way, scheduled for release in 2016.

With the brand’s limited production options, does that mean Hyundai is redirecting its attention from hydrogen vehicles to fully electric cars?

“Hyundai’s first pure EV will be a mid-sized sedan. Equipped with improved batteries, enhanced system management and lighter materials, the upcoming model will weigh about 30% less than existing hybrid EVs.”

That’s the announcement made by Hyundai officials recently.

Hyundai is clearly serious about its upcoming EV line. The announcement came with the reveal of a coinciding battery supply deal with LG Chem. Also, the former vice president of BMW, Albert Biermann, will be heading the Korean automaker’s EV program–which to many shows the brand is setting its sights on 2014’s most promising EV manufacturer.

In addition to the fully electric Hyundai sedan (BEV), the automaker will be releasing 12 plug-in hybrids (PHEVs) by 2020. SK Innovations will be producing the packs for Hyundai’s BEVs, which could also expand to SUVs and small sedans.

For a while, Hyundai claimed it was only interested in hydrogen technology, so what does this recent announcement say about the brand’s interest in hydrogen fuel cells?

That’s what many are left wondering. Certainly EVs are a wise route for Hyundai to pursue, but with its limited production capacity, compromises must be made. Perhaps that means we won’t be seeing a hydrogen fuel cell vehicle in our garages as soon as we expected.