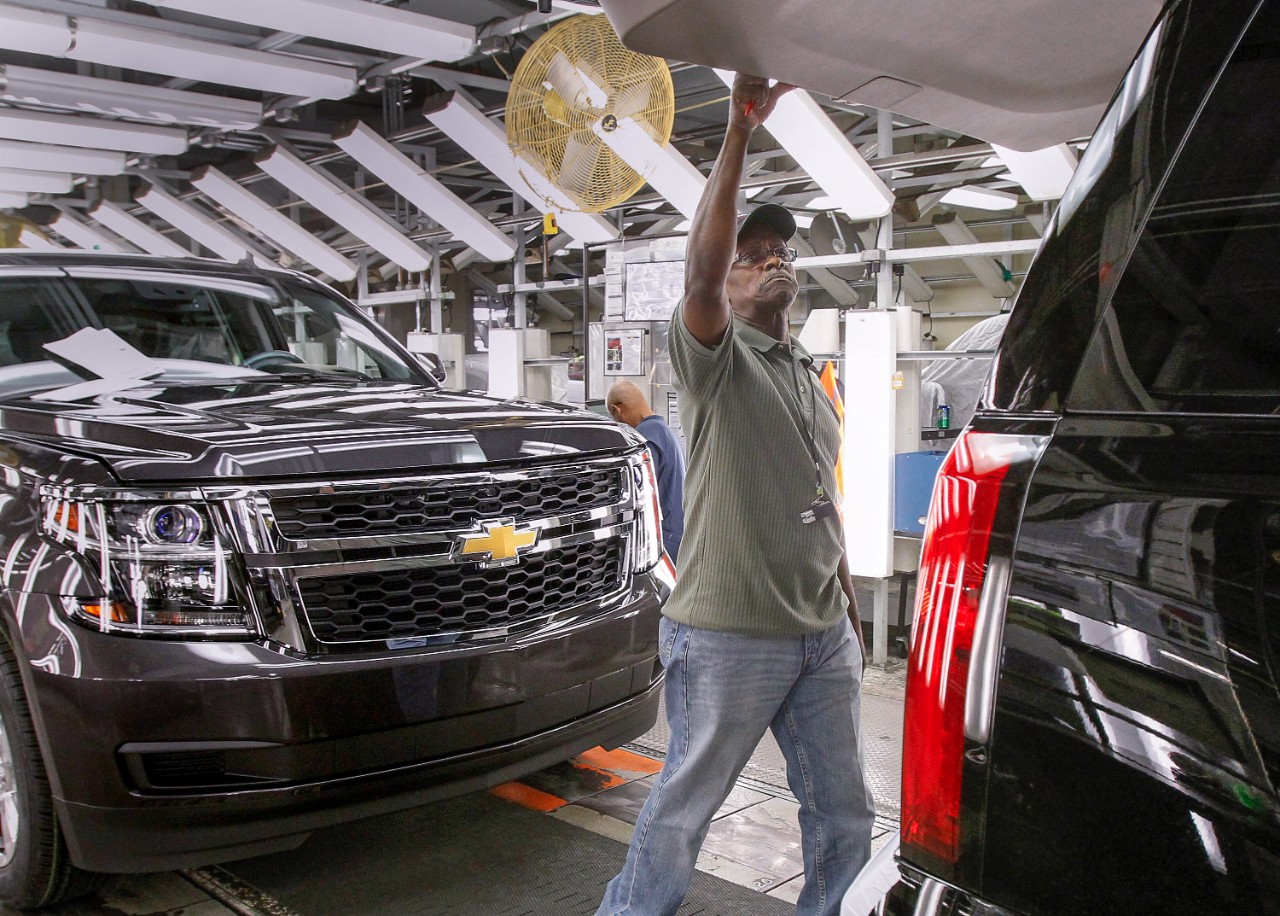 A look inside the GM Arlington plant ©General Motors

Our vehicles may be downsizing as we all look to more efficient means of transportation, but that hasn’t spelled out the death of the large SUV quite yet. The GM Arlington plant is a testament to that.

Reportedly, the GM Arlington plant, which manufactures the Chevy Tahoe and Chevy Suburban, the GMC Yukon and GMC Yukon XL, and the Cadillac Escalade and Cadillac Escalade ESV, is running full Saturday shifts to keep up with demand. On a recent Sunday, the plant even added an overtime shift to stay on track.

And it’s not just large SUVs that people are clamoring for—it’s large luxury SUVs. Chevrolet Tahoe and Suburban marketing manager, Mark Clawson, told the Dallas News that an overwhelming 53 percent of Tahoe buyers and 67 percent of Suburban buyers drive off the lot in the LTZ models, which are the highest trims for each model.

Sales have not been this good for these large SUVs since 2008. While some might have you believe that these vehicles are quickly being phased out, the GM Arlington plant clearly tells a different story.