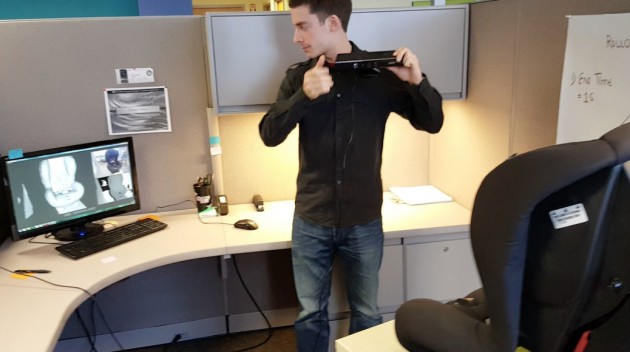 General Motors revealed today that it has been utilizing the Xbox 360 to help engineer its automobiles.

No, they aren’t using Grand Theft Auto V to simulate the feasibility of parking a sports car inside a billboard…

What GM is actually doing is a little bit more practical than that. It turns out, the automaker is using a Kinect motion sensor—which was originally developed for the Xbox 360—to help solve a problem posed by child safety seats, which have no universal size.

“There are over 250 different makes and models of child safety seats on the market, and new or revised models are introduced every year,” said Julie Kleinert, GM’s Global Child Safety Technical Lead,  “and the lack of an industry standard for the size and shape of child seats makes it quite challenging for vehicle engineers.”

Kleinert and her team of engineers have been trying to solve this problem by using a Kinect controller to digitally scan the shapes of various child seats, then combining all of the different digital scans into one “surrogate” (below), which represents the maximum volume that any one child seat could take up in a vehicle. 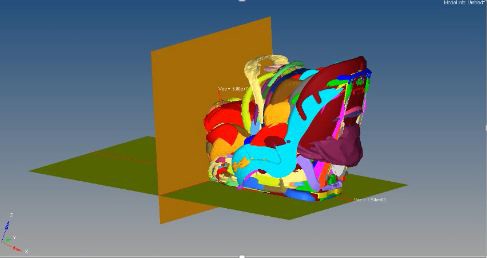 GM has developed this technology with help from the Center for Child Injury Prevention Studies (CChIPS), a National Science Foundation-funded research cooperative with parter sites at the Children’s Hopital of Philadelphia (CHOP) and Ohio Sate University. The project was led by CHOP’s Dr. Aditya Belwadi, and the team presented its findings at the 2015 SAE World Congress in Detroit this week, in the hopes that they may inspire other vehicle and child safety seat manufacturers to adopt a common set of dimensions for every child seat produced. 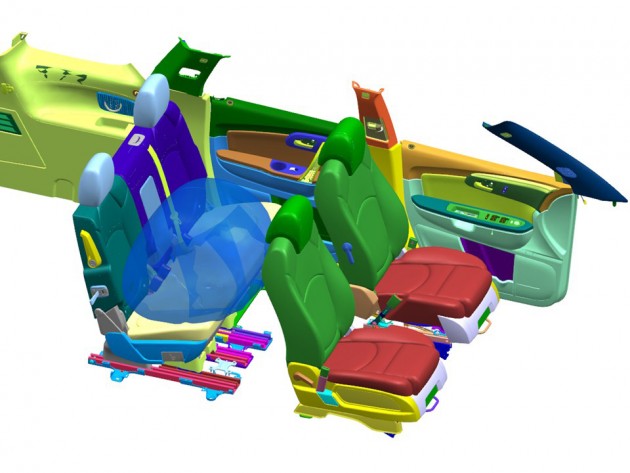 “We haven’t reached that point yet,” admitted Kleinert, “but we believe this project is an important a step in that direction. This project is just one example of how vehicle manufacturers, child seat manufacturers and university researchers are working together through CChIPS on research to improve the safety of children in vehicles.”