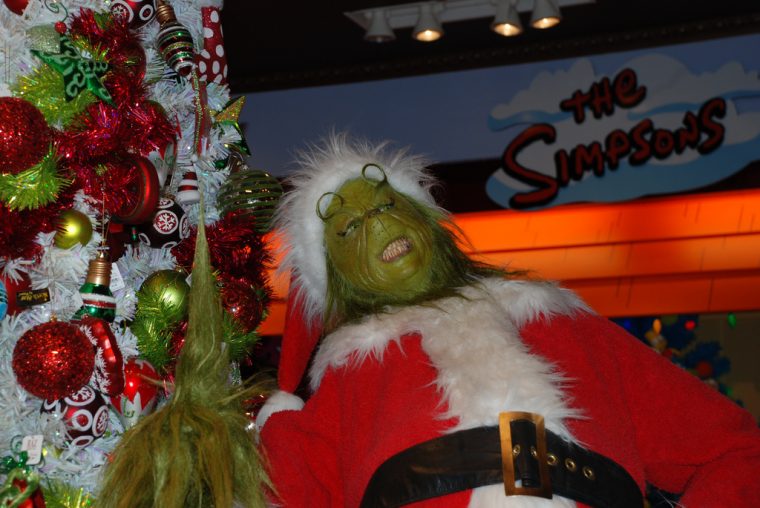 Some derelict Grinch decided to keep the holiday cheer all for himself by stealing the beloved Toledo Christmas Weed before the New Year.

If you live under a rock or on top of a remote mountain and haven’t heard of the Toledo Christmas Weed, it started out as an overgrown weed poking out of the pavement on a street corner.

Your Perfect Match: Find out which Mazda SUV is the one for you

Several weeks ago, one family decided to deck out the weed Charlie Brown-style by adding a bit of tinsel and garland to it for the holidays. Naturally, other locals followed suit and brought more decorations such as lights, candy canes, and glass ornaments. A pile of canned goods, blankets, clothes, and wrapped gifts surrounded the base of the plant.

Children and families lined up in the hundreds to take selfies and donate more items to the Christmas Weed. Someone — probably our Grinch in waiting — ripped off the top half of the defenseless weed, but the love and donations kept coming.

The Toledo Christmas Weed became a phenomenon and brought the community together in an odd but touching way. Tourists began visiting the Christmas Weed as a holiday trip.

It lasted up through Christmas, but on Dec. 28 some evil, awful person stole the Christmas Weed.

Stay Safe: Check out some of Mazda’s top safety technology

Sure, Christmas was over by a couple of days, but it could’ve become the New Year Weed and inspired more donations along with continuing that sense of community.

We don’t know if we’ll see the return of the Toledo Christmas Weed next year, but we sure hope so. As for the Grinch, if you’re reading this: what did that poor plant ever do to you?