Added on September 18, 2014  Caitlin Moran  driving around , Navigating the US , Road Trip , Travel tips , US road trips , US travel

How to Grow Old Fast: Driving in Ireland 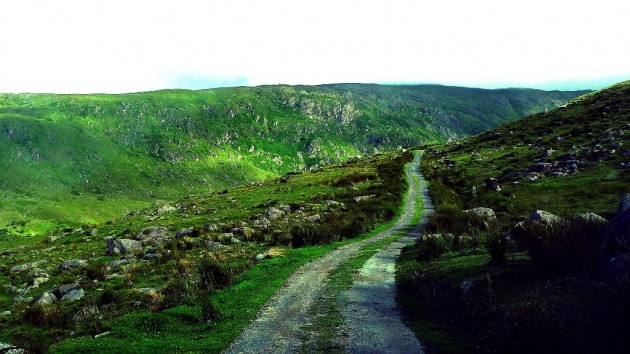 The treacherous yet beautiful roads of Ireland. Photo: Bill Liao

You might not think that hedges are a big deal. After all, they’re merely little bushes, right? That’s true, unless you happen to find yourself driving along a country road. In Ireland. In the dark. With no sign of a cell signal in sight. Then, you might look at hedges a bit differently.

It was the third week of a two-month journey through Europe when I finally mustered up the courage to try my hand at driving on the “wrong” side of the road. After weeks of trying to remember to look left–not right–when crossing the road, I finally had it down pat and believed that I probably wouldn’t drive into oncoming traffic. When you’re in the countryside of Ireland, though, the side of the road you drive on doesn’t exactly matter.  Allow me to explain.

Navigating the US: How to get around in Key West

If you are an American driving in Ireland, try and stick to the National roads (highways). Unless, that is, you are looking for an adventure. Then, by all means, go off the beaten trail. Just expect to lose a side mirror along the way.

This is where the hedges come in.

While these scraggly little bushes might seem innocuous enough, the truth of the matter is that they can be quite evil, jumping out at you when you least expect it. In Ireland, they often use hedges as a way to line the roads. And when I say line, I mean there is literally only enough space to fit about one and a half cars along the lane at a time. It makes for some interesting experiences when you are faced with the headlights of another car—especially if the car’s headlights are approaching at a rate you normally wouldn’t expect on a curvy country road.

After a couple days, the driving does get easier, something that is mostly helped by the increasingly beautiful views you see. For instance, for those of you who happen to find yourself traveling through the Giant’s Causeway, there’s no denying that you will constantly feel compelled to stop for more than just your bathroom break.  As the roads twist through the breathtaking countryside and the hills begin to surround you, the view will help put you at ease. 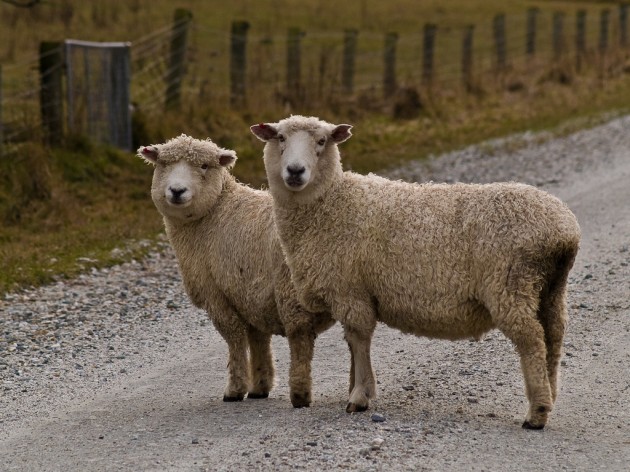 Some of the woolly wanderers you might encounter on the roads of Ireland. Photo: Tim Williams

Keep your eyes on the road. As gorgeous as the scenery is, the wicked curves of Irish roads will make you lose track of your place quite easily—hence my rental car’s first introduction to those wily hedges (and the lost side view mirror). When the Irish put up a “Warning: Curves Ahead” sign, they really mean it (and aren’t just talking about the pretty Irish bartender at the local pub). Be wary of those curves and slow down to take them at a safe speed.

There will be the occasional place to turn off the road and take in the beauty of Ireland’s emerald green hills. Just make sure when you do, you remember to take your keys with you.

Irish tow trucks take a very long time to come unlock your car if you happen to lock your keys in. It will probably be a good idea to bring a book with you, whenever you leave your car. Just in case!

While driving in Ireland can be a bit of a challenge, the experience itself is entirely worth it. The next time you happen to find yourself in a country that drives on the wrong side of the road, consider taking the adventure head on—just make sure you watch out for hedges!

Interested in seeing my other adventures driving in foreign countries? Check back to The News Wheel for a post on my experience driving on the German autobahn in a couple weeks!

Navigating the US: How to get around in St. Louis