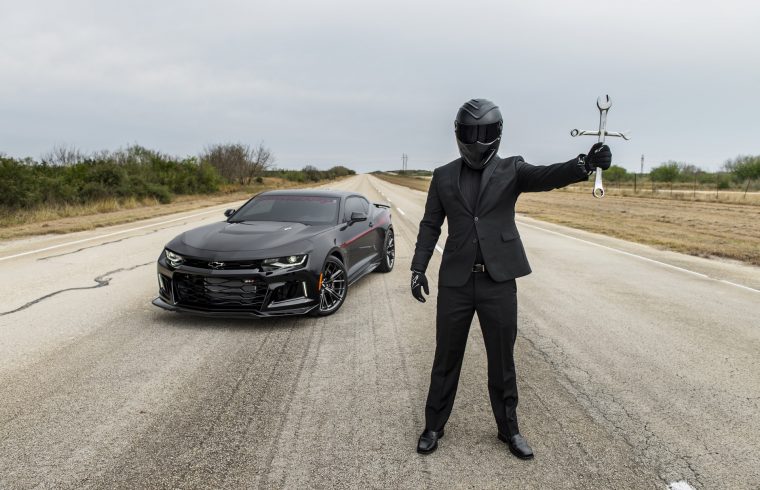 The Demon better not “cross” paths with the Exorcist
Photo:Hennessey Performance Engineering

As far as performance vehicles go, the 2018 Dodge Challenger SRT Demon might be the most ambitious production model ever assembled by an automaker. Yet many after-market models have arisen in the wake of the Demon’s arrival to challenge its supremacy on the drag strip.

The most notable of these vehicles would have to be “The Exorcist” Camaro ZL1. The work of Hennessey Performance Engineering, the appropriately-named Exorcist was created as a direct response to the Demon.

Recently, The Exorcist showcased its performance during a test run when it reached a top speed of 217 mph.

A Performance-Based Purchase: Reasons to buy a sports car

For comparison, the Demon’s top speed comes out at 203 mph. In fact, The Exorcist is only eclipsed by a handful of hypercars in terms of top speed, including the Ferrari LaFerrari with its top speed of 221 mph.

The Exorcist accelerated to a speed of 60 mph in less than three seconds. It also completed a quarter-mile in under 10 seconds.

You can watch The Exorcist’s reach 217 mph in the video below:

This performance is achieved with the help of a modified LT-series engine, which replaces the standard 1.7-liter supercharger with a 2.9-liter blower. As a result, The Exorcist is able to generate 1,000 horsepower and 883 lb-ft. of torque. The Demon, by comparison, has a top performance output of 840 horsepower.

Of course, the Demon’s true environment is on the drag strip. Although The Exorcist set its top speed at the Continental Tire Proving Grounds, Hennessey Performance Engineering promises that it’s heading to the drag strip next.

“We wanted to see if the Exorcist could exceed the top speed of the new ZR1 Corvette, which is 213 mph. Mission accomplished,” explained Hennessey Performance Engineering president John Hennessey. “This is just the first high-performance validation test for the Exorcist. We also plan to test our car’s 0-60 mph and quarter-mile performance at the drag strip as well as handling and braking on a road course.”

All of this power comes with a rather large pricetag of $119,950. The Exorcist will also be a rarity, with Hennessey Performance Engineering only planning to assemble 100 models of the modified Camaro ZL1. Still, for anyone who wants to “exorcise” the Dodge Demon from the drag strip, The Exorcist might be too tempting to pass up.