History of the Tomorrowland Speedway at Magic Kingdom 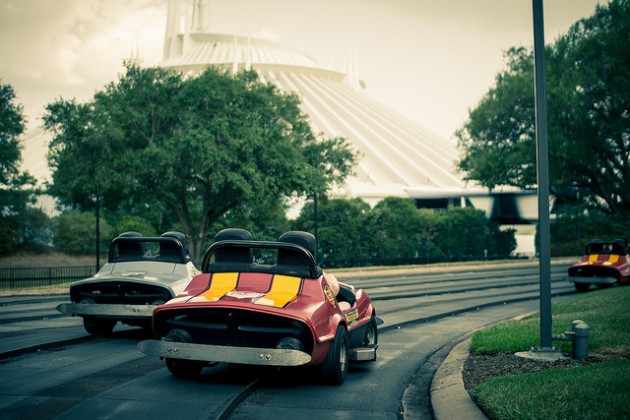 For little fans of high-speed adventures, the Tomorrowland Speedway at Disney’s Magic Kingdom is a must-see attraction. Here, the thrill of race track is alive and well, and you don’t even need a driver’s license.

The first sign of the speedway that guests are sure to notice are the fumes. These cares are really gas-powered, and there is no getting around the noise and the smell. If you are sensitive to loud noises or smells, you may want to sit this one out while the kids take a spin.

The track at Tomorrowland Speedway is 4-lanes and 2,000 feet of turns and straight-aways that take guests on a bumpy ride with views of Space Mountain nearby. The cars reach just 7 miles per hour, but the opportunity to actually get behind the wheel will appeal to younger riders. Those who are 54 inches or taller can pilot a car on their own, while those at least 32 inches will need to take an adult along for the ride. 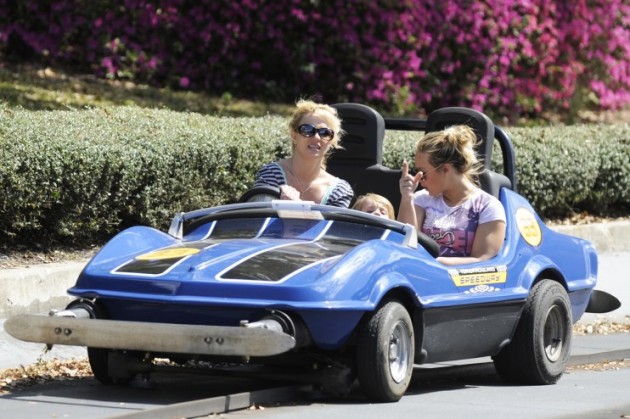 Your 5-minute ride may take a bit longer if you get behind a slow driver. Be ready for some fender benders at the end of the ride as you slowly line up to disembark.

This ride may seem out-of-place at the futuristic Tomorrowland area of Magic Kingdom, but when its sister track at Disneyland was first constructed, highways were a movement of the future. Walt Disney wanted children to be able to experience the excitement of the open road as highways made transportation safer and easier for motorists. 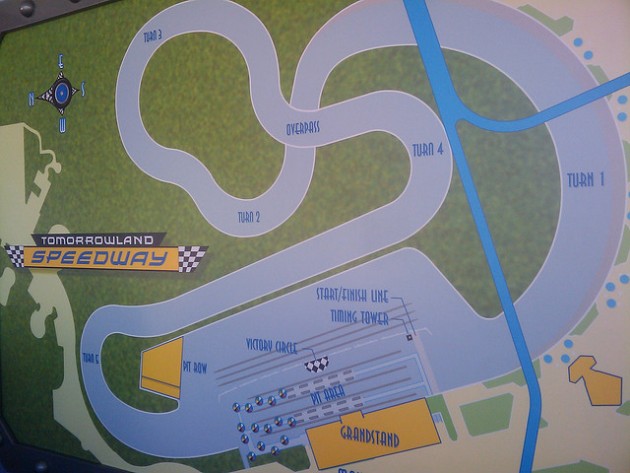 The attraction opened at Disneyland as ‘Autopia’ on July 17, 1955, and later at Walt Disney World under a Goodyear sponsorship as the Grand Prix Raceway.

The Grand Prix Raceway had a different theme from the idealistic Autopia at Disneyland. Here in Florida, the driving experience was a recreation of an international car race. The speedway was 3,118 feet when it opened on October 1st, 1971, but was soon shortened to make way for attractions like Space Mountain and Mickey’s Birthday Land, losing about 30% of its original size.

The track was cut down to 2,000 feet, but this change created a nice new curve in the track. Since then, riders have been lining up with waits up to 45 minutes just to catch a ride.