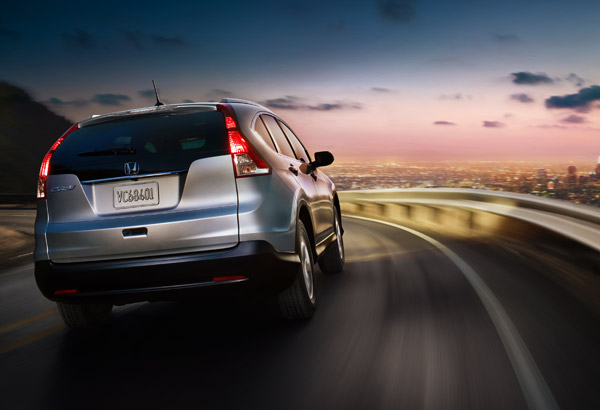 The Honda CR-V was first introduced to the American market in 1997, bringing with it something that many consumers hadn’t seen before—a vehicle big enough for their family that didn’t guzzle fuel like a car dying of thirst. Since its introduction, the CR-V has continued to be one of the best-selling compact crossovers on the market, establishing the Honda brand as a leader in its segment.

Though it was introduced to the Japanese market in 1995, the Honda CR-V didn’t reach American showrooms until February 1997, after a debut at the 1996 Chicago Auto Show. Based on the Honda Civic, the compact crossover is produced at six of Honda’s assembly plants around the world, including the Sayama Japan, plant and the Swindon, England plant.

Now in its fourth generation, the Honda CR-V offers three different trim levels—LX, EX, and EX-L, providing more luxury and creature comforts than its predecessors. The powertrain has also been improved from its original 2.0-liter four-cylinder to a 2.4-liter four-cylinder that churns out 185 horsepower.

Since its introduction, the Honda CR-V has won multiple awards and honors, including making the 2013 and 2014 KBB.com’s Top 10 List of Best Resale Value award, Kelley Blue Book’s Top 10 Best Family Cars of 2013, and a 2013 Insurance Institute for Highway Safety Top Safety Pick.