The Insurance Institute for Highway Safety (IIHS) is an independent, nonprofit organization that was established in 1959 in Arlington, Virginia, by three major insurance agencies. Over fifty-plus years, the IIHS has evolved to become one of the nation’s leading nonprofit scientific and educational organizations in the automotive industry and is increasingly committed to significantly decreasing the amount of damage, injury, and death incurred on America’s roadways every day.

1959 – The Insurance Institute for Highway Safety is founded by a triumvirate of insurance industry groups that combine to represent more than 500 U.S. auto insurers. The IIHS’ original objective is to offer support to outside highway safety academic and research organizations.

1968 – The Insurance Institute for Highway Safety officially becomes its own scientific research and communications organization when the IIHS Board of Governors successfully votes to change the institute’s objective. 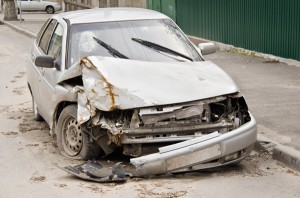 1976 – IIHS tests the effectiveness of airbags in frontal crashes and takes the results before a U.S. congressional committee.

1979 – A Highway Loss Reduction Status Report reveals that further test findings show that up to 39,000 lives could have been saved on highways between 1975 and 1978 if airbags had been mandated.

1980 – IIHS testing finds that the Jeep CJ has the potential for roll over, which leads to government-regulated rollover warnings on vehicles. These findings lead to a primetime television appearance on “60 Minutes.” This same year, the Insurance Institute for Highway Safety is the first organization to observe and report potential hazards for pedestrians resulting from unrestricted right turns at red lights; New York lawmakers respond by setting limits for right turns on red.

1983 – The U.S. Supreme Court rules in favor of the IIHS’ efforts to have airbags installed in vehicles.

1990 – The first documented crash involving two airbag-equipped vehicles (ironically, both vehicles are 1989 Chrysler LeBarons) results in both drivers walking away largely unharmed. This is seen as vindication for the IIHS’ efforts to have airbags required in vehicles.

1992 – The Insurance Institute for Highway Safety’s Vehicle Research Center (VRC) opens in Ruckersville, Virginia. The facility serves as the proving ground for vehicles subjected to the IIHS’ rigorous crash testing.

1995 – The Insurance Institute for Highway Safety commences its moderate overlap frontal crash tests. Approximately half of the vehicles tested earn poor to marginal ratings, and more vehicles are rated poor than are rated good. This leads automakers to adopt new and improved designs that better protect occupants in frontal crashes.

2005 – The Insurance Institute for Highway Safety bestows its first Top Safety Pick Awards upon 10 2006 model year vehicles. These are:

2009 – To celebrate its 50th anniversary, the IIHS holds a demonstrative crash test that pits a 1959 Chevrolet Bel Air against a 2009 Chevrolet Malibu to show the effectiveness of its crusade to make vehicles safer over half a century. Results showed that the Bel Air driver would have likely suffered fatal injuries when offset 40% from the Malibu and with both vehicles traveling at 40 mph; in contrast, the driver of the 2009 Malibu would have likely only sustained a minor foot injury. 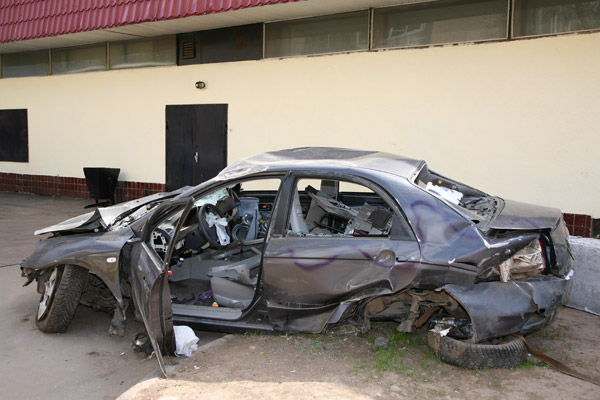 IIHS prevents thousands of deaths each year through rigorous standards and testing.

In order to receive the award, a vehicle must accumulate an average “Good” score in the following tests:

Moderate Overlap Frontal Test – The vehicle travels at 40 miles per hour with forty percent of the vehicle’s total width aimed to strike a two-foot tall barrier. A dummy equipped with various sensors determines the likelihood of injury to a real driver, and the amount of intrusion into the occupant compartment factors in to determining which vehicles score highest.

Side Crash Test – Two dummies representing small women or 12-year-old children are sat in the driver seat and rear passenger seat behind the driver; the vehicle remains stationary as a 3,300-pound SUV-type barrier crashes into the driver side at 31 miles per hour, emulating the effect of a “t-bone” accident.

Roof Strength Test – To determine roof strength, a metal plate is pushed against one side of the vehicle’s roof at a slow and constant speed. The force, relative to vehicle weight, is called the strength-to-weight ratio; the peak ratio recorded before the roof is crushed five inches is the determined roof strength. To score a “Good” rating, a vehicle must be able to withstand a force that is four times greater than the vehicle’s weight before the roof is crushed five inches.

Head Restraints & Seats Test – Headrests are measured by their geometry based on height and backset of an average sized male. Those head restraints that are rated good or acceptable geometrically are then subjected to dynamic testing that simulates a rear-end crash with a 10 mph velocity change. In order to receive an overall “Good” rating, a vehicle’s head restraints must achieve a score of “Good” in both the geometric and dynamic portions of testing.

In the first year of the award, only 10 vehicles were up to the standard necessary to win the honor of IIHS Top Safety Pick. In the years since, automakers have read the writing on the wall and, as such, hundreds of vehicles from all different carmakers have earned the safety distinction.

To accommodate the fifth test, the Insurance Institute for Highway Safety introduced the Top Safety Pick+ Award for 2012. The award would be given to those vehicles that earned a “Good” overall score in four of the five tests and a score of “Acceptable” in the fifth.