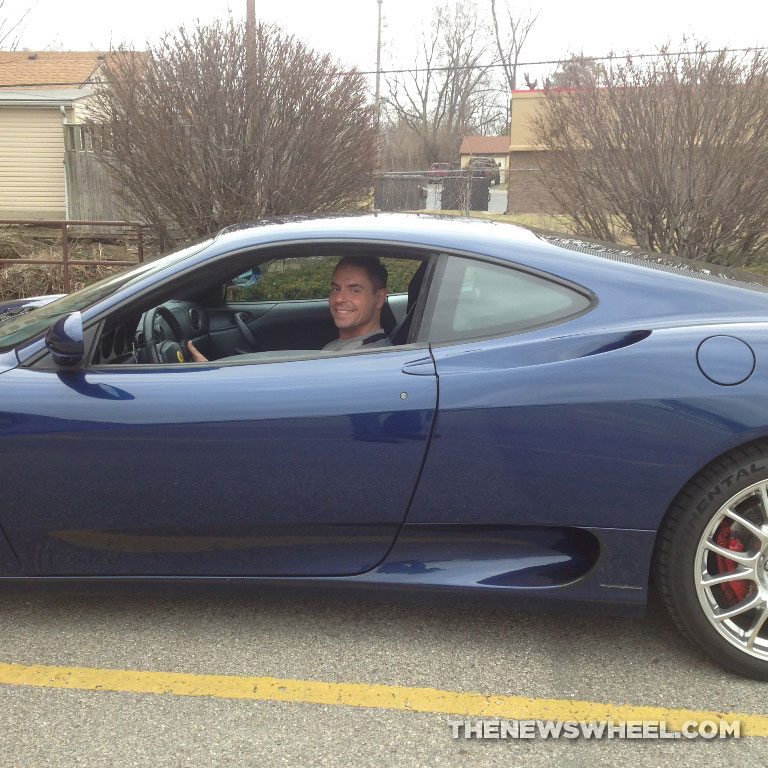 When Mike Moorman began his career as a personal trainer, he drove an ’86 Buick that was close to falling apart and paid a local gym so he could train his clients there. Now, 19 years later, Moorman drives a 2000 Ferrari 360 and is the proud owner of Absolute Fitness Personal Training in Kettering, Ohio.

Moorman got into fitness approaching the seventh grade. As a self-described “overweight kid,” Moorman began running that summer and lost a substantial amount of weight.

Moorman then started lifting weights at a friend’s house and instantly became hooked on fitness. As a youngster, Moorman would train in his parents’ basement, but since he didn’t own any real gym equipment, he would lift water jugs and other household items to make himself stronger. That’s until his parents bought him his first weight set for Christmas.

“Every Christmas there on out from 7th grade I wanted a different weight bench or piece of exercise equipment,” Moorman said. “So I basically built this little home gym in my parent’s basement. A lot of my friends would come over and work out during high school.  It was pretty cool, but that’s how I got the fitness bug.”

In Depth: Take a closer look at the ultra-exotic Ferrari 488 GTB sports car 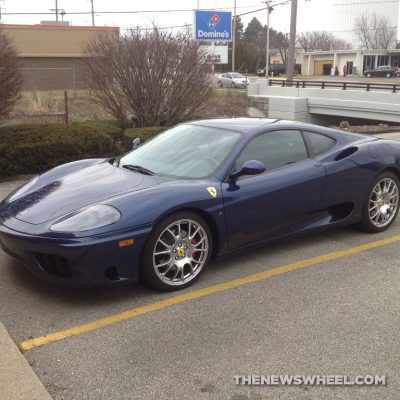 Moorman allowed The News Wheel to photograph his Ferrari on Feb. 11, 2017

Start of Something Great

Moorman graduated from Fairmont High School in 1995 and obtained his first personal training certification shortly after. He worked at World Gym in Huber Heights, paying the gym a fee so he could use their space to train his clientele. A couple of years later, he started working as a trainer at Bally Total Fitness in Kettering, but he quickly grew tired of the corporate atmosphere that focused on sales and memberships, rather than one-on-one personal training.

That’s when he came up with an idea.

“They wanted us to sell these long, expensive personal training packages under contract and people just didn’t want to spend that money,” he said. “I don’t think you should have to finance your fitness, so that’s where I had the idea for the company. I decided, you know there’s got to be a niche in personal training where I can do no contracts, pay as you go, like a massage therapist or a doctor’s office. When you’re done with the service, you pay for the service. Why don’t we do that with personal training?”

To start the business, Moorman realized that he needed more capital, so he took a second job working for Young’s Publishing as a press operator. By working both jobs, he managed to save enough money to purchase a large collection of gym equipment from various government and university auctions. Moorman would buy the equipment at a substantial discount, and then refurbish it himself before putting it into storage.

Moorman finally opened his first personal training facility in Kettering in 2001. It was a 1,200-square-foot building located at the corners of Whipp Road and Hewitt Avenue. Moorman signed a one-year lease because he was concerned about whether his business would succeed, and he also wanted the option to leave the building, just in case his business expanded beyond what 1,200 square feet could hold.

That happened to be the case as one year later, he moved the company to a 2,400-square-foot building on Clyo Road in Centerville. For the next several years, Moorman worked to expand the business as he worked both jobs, even going to extraordinary lengths to ensure that his business was a success.

“I lived in my second gym for three years. I literally slept in my office because I couldn’t afford an apartment,” he said. “Basically, I would train all day and then work the publishing job. I’d work all day long, sleep about two hours, work all night long, sleep two hours, and then train all day. I was literally sleeping like fours a day and working something like 18 hours. It was crazy. Anybody that you’d talk to who knew me back then had no idea how I did it and I did it forever, it was crazy.” 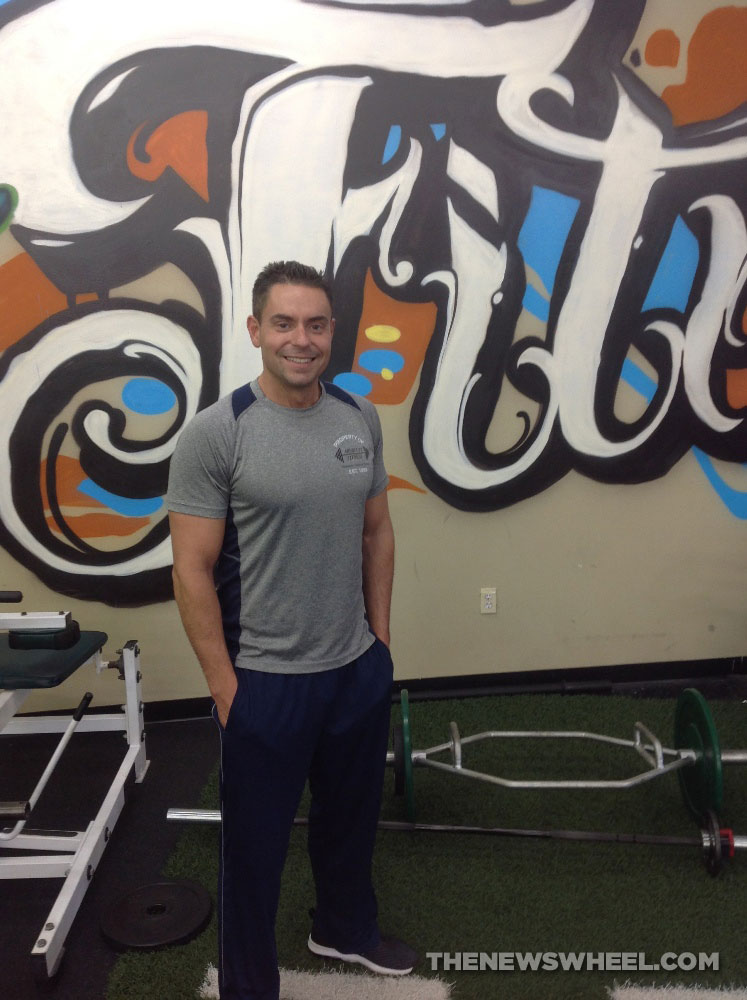 Unfortunately, Moorman had to shut down the physical gym in 2006 after a new owner purchased the property and decided to increase the lease. However, Moorman kept Absolute Fitness alive by paying another gym to use their facility so he could continue to train his clients.

That’s when it all started to change.

When Moorman initially started his business, he relied on word of mouth and phonebook advertisements to promote his business; but in the mid-2000s, the internet provided an outlet that allowed him to extend the reach of his business.

“From 2005 to 2006, I really started working on our websites; MySpace was the big social media outlet at the time,” he said. “I was really persistent with making sure my website would show up at the beginning of Google if you searched ‘Personal training Dayton, Ohio.’”

Local News: Did you know that America’s Packard Museum is located in Dayton, Ohio? 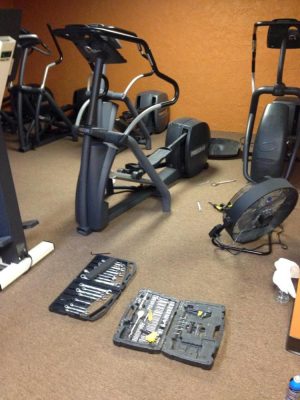 The Road to Success

Business started to pick up thanks to the help of the internet, and by 2011 Moorman opened his third location in Moraine on Lance Drive. In fact, business was so good that Moorman actually quit his publishing job so he could focus on personal training full-time. Moorman also brought on additional trainers to help his growing list of clients, which gave him the opportunity to spend more time enjoying another one his passions; driving sports cars.

Then by 2014, business had grown so much that Moorman moved his company again. This time it was to its current location on Wilmington Pike in Kettering. In the three years since, Moorman has increased the number of personal trainers working for him to six, and he’s also upgraded the equipment used at the gym.

“It took me 12-13 years of working two jobs and not sleeping to get to this point and I never gave up even when I had to shut down the second location. I continued to work at the dream. I never gave up on it.”

Moorman frequently takes his Ferrari to Dayton Cars and Coffee

To reward himself for all of that hard work, the man who used to drive a beat-up ’86 Buick decided to invest in a Ferrari sports car. He found the one he wanted online—a 2000 Ferrari 360—then purchased a one-way ticket to Chicago to pick up his new ride.

Moorman drove his Ferrari from Chicago all the way back home to Dayton, expressing that it was one of the most enjoyable rides of his life.

Nowadays, Moorman continues his work as a personal trainer, but admits he’s had to cut back on his hours training people so he can give more attention to the business side of his company. He even hinted that he might open another location in the Vandalia/Englewood area in the not too distant future.

Even with all of his success, Moorman hasn’t forgotten about the hard work it’s taken to get him where he is today. He also offered this advice for people who hope to own an expensive sports car one day, even if they don’t come from families with a lot of money:

“The most important thing is figure out what it is that you’re passionate about and make that your career. I was lucky because I discovered at a young age that this was my passion and when you do what you love, it’s like you don’t even have a job. You’re doing what you love to do. The second thing is to invest in yourself and become as good as you can at your trade. Because if you love what you do and you’re good at what you do, success will follow.”