Hundreds of Maserati Cars Destroyed in Fire in Italy 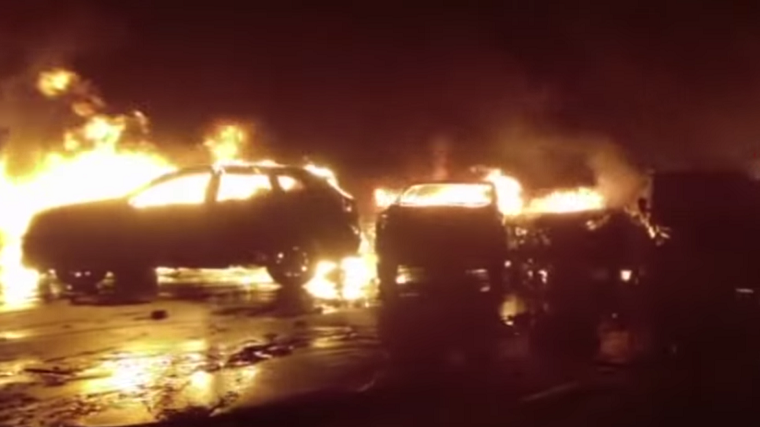 Look away, luxury car fans. Hundreds of brand-new, Maserati vehicles have gone up in flames in the Italian port city of Savona, and it was all caught on video.

Local Italian media reported that after seawater rose and flooded the port on the night of the 29th, including two parking areas, the salt water caused the car batteries to explode and catch fire in the morning.

The brand-new Maserati vehicles comprised the majority of the vehicles destroyed in the blaze, which were stored as they awaited export to the Middle East. A few trucks and other vehicles were also damaged, though the Italian brand was definitely the one who suffered the greatest losses.

It was the second fire to break out at the port in a week. Fourteen teams of firefighters were required to put it out. Fortunately, no one is reported to have been injured.

The same storm that caused the water to rise also destroyed a quay yesterday, and has been inflicting strong winds and high waves all throughout Italy. More extreme weather is expected and the port remains closed for the time being.

So if you’re a fan of Maserati and live in Italy, it might be best to keep your car protected and stored in a dry place away from the ocean for the next few days, as it seems to be holding some kind of grudge against stylish luxury cars. And if you were planning on ordering one…it may be best to hold off on that for a short time.

Related: The Maserati Levante’s interior is what luxury is all about