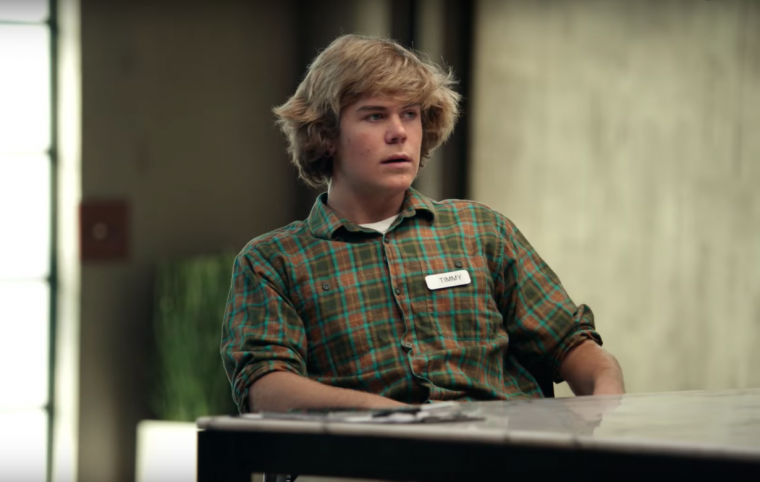 The 2016 Chevy Malibu has an industry-first safety feature called “Teen Driver System,” which provides parents with a “report card” detailing whether or not their teenaged son or daughter was speeding while driving the car. So yeah, it’s basically a high-tech narc, and should prove about as popular with teens as a robot that reminds the teacher she forgot to assign homework.

Chevrolet recently chose to advertise the feature with another one of their “Real People, Not Actors” commercials. Or… did they?

We’ve documented before how some of these ads actually do feature actors and actresses, but Chevy has told us that they simply compile normal focus groups, and that the presence of any professional performers is purely coincidental.

But this video seems even more staged than the other ads, and doesn’t even include the standard disclaimer. Take a look:

These commercials usually begin with a phrase about how the subjects featured in the ads are “Real People, Not Actors.” But this one is different—instead it just says that these are “Real teens. And their parents.”

And they certainly act like actors. Especially Tyler, the teenager who giddily confides to an in-car camera that you “can’t tell my parents, but I’ve been written up for a few tickets before…”

Buy Tyler is driving the car alone and the camera is supposedly hidden, so who the hell is he talking to? It’s just… weird.

And so is the “twist ending,” in which the parents of the parents are brought in to watch hidden camera footage of how their children did while driving the new Malibu. Turns out, they also drove somewhat carelessly.

Which… why? Why are these people all so bad at driving? Why were they all so reckless when test driving a brand new Chevy Malibu for what they thought was some sort of focus group?

Another weird thing: the unnamed sandy-haired man who hosts all of these commercials finally gives us his name, introducing himself to one of the families as “John.”

But… his name’s not John! That dude is an actor named Potsch Boyd, and he’s got an IMDb page and everything!

So is “John” the name of the character that Potsch is playing in the “Real People, Not Actors” series of commercials? Are all of these people just characters? Is “Real People, Not Actors” not a claim of who these people are, but simply the name of an entire series of fictional vignettes? Is anything real? Is there such a thing as absolute truth? If not, then how can knowledge exist? Do any of us truly know anything? Can any of us ever truly know another person? Or are we all doomed to exit this world the way in which we entered it—completely and utterly alone, only able to experience fleeting delusions of companionship through the fiction of love and friendship?