Is Back to the Future Coming Back to Universal Studios? 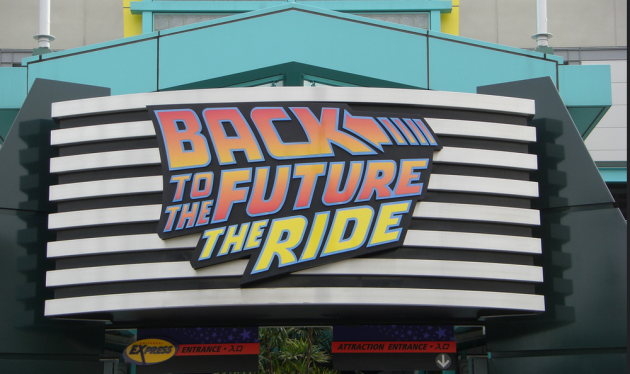 Could a new Back to the Future Ride be on its way to Universal Studios?
Photo: Ryutaro Koma

Great Scott! We’ve traveled back to 1989, when rumors of a Back to the Future ride at Universal Studios Orlando were floating around. Only this is 2015 instead.

As Marty McFly would say, “This is heavy!”

Coaster Insanity recently issued a report saying a new Back to The Future roller coaster is in the first stages of development. The report states the information comes from creative mind Eddie Pollard.

The new ride is said to be a fully enclosed coaster created by Stengel Engineering, a coaster design firm that has designed more than 600 roller coasters. The DeLorean themed coaster train will launch off at 88 mph. After that, you’re going to see some serious “stuff!” Gotta watch the language.

Riders will put on VR headsets as iconic scenes from all three movies of the Back to the Future trilogy are put on display. The result is rumored to be masterfully immersive riding experience.

As amazing as the ride sounds, might it be as fake as the shark from Jaws 19? 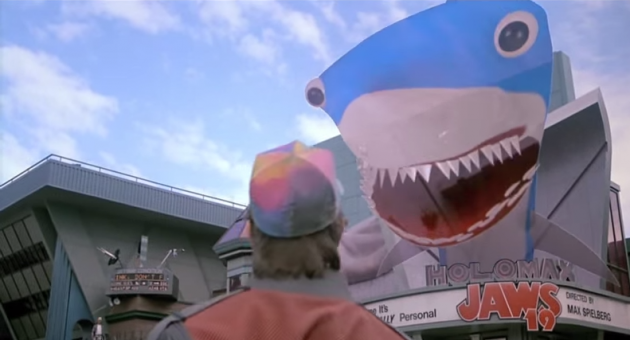 There is evidence both supporting and opposing the rumor.

On one hand, there is no official statement about the ride from Universal as of yet. Additionally, there are no plans to remake Back to the Future, or make another sequel either. Yesterday, Robert Zemeckis, director of Back to the Future, told The Telegraph that no remake would be made as long as he was still alive. While a new King Kong attraction, Skull Island: Reign of Kong, is coming to Universal Studios Orlando, there is also a new King Kong film in the works to accompany the ride.

On the other hand, October 21, 2015, the future date that Marty McFly travels to in Back to the Future Part II, is quickly approaching. Rumors abound that a big announcement concerning the time travel franchise could be released by Universal Studios on that date. As for Universal Studios Hollywood, there is a long-standing rumor that a Back to the Future sequence could be added to the park’s Backlot Studio Tour.

This would not be the first time a Back to the Future roller coaster has been proposed. The original concept for Back to the Future: The Ride was indeed a coaster. However, according to the Totally Fun Company, a fast-paced coaster did not give the level of immersion that Steven Spielberg wanted, especially after George Lucas just got done rubbing the success of Disneyland’s new Star Tours ride in Spielberg’s face. And frankly, let’s be honest, the E.T. Adventure was not going to cut it. 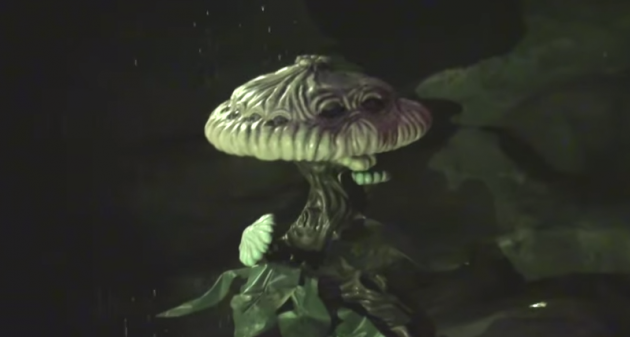 Because who doesn’t remember the beloved giant mushroom monster from E.T. ?
Photo: TheCoasterViews

It was decided to make the ride a simulator instead. Using state-of-the-art motion simulator technology, the ride was able to create the illusion of traveling in a flying DeLorean. Christopher Lloyd even reprised his role as Dr. Emmett Brown, although Michael J. Fox was turned down the chance to reprise his role of Marty McFly again.

Thanks to the folks at ThemeparkThrills, you can still take a virtual tour of the ride through video.

However, when Universal began developing a Simpsons-themed area, it needed a venue. Universal looked to the slightly outdated Back to the Future ride to serve as a base for the new ride to build off of. The Simpsons Ride uses similar motion simulator technology to Back to the Future: The Ride, only more refined.

Back to the Future: the Ride was closed at both the Florida and California locations in 2007. What followed was the usual outcry whenever any theme park ride, no matter how outdated, is closed.

Back to the Future fans still have the chance to experience the ride at Universal Studios Japan.

As October 21st approaches, we may yet hear more about a new Back to the Future roller coaster or attraction. If a new ride does emerge, just make sure you’re not too “chicken” to ride it!