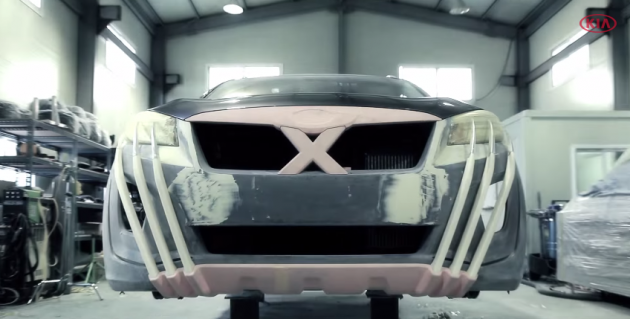 The Kia X-Car stars in its own superhero origin story

The 2016 Sorento is sort of a mix between an SUV and a minivan, but you won’t hear Kia using the M-word to describe its crossover vehicle anytime soon. In the same way that the Korean automaker tried to up the cool-factor of its (very similar-looking) Sedona with the Top Gear-inspired “Racetrack” ad, Kia has made the Sorento a little bit more heroic by transforming it into the Wolverine-inspired Kia X-Car (video below).

Created to promote both the DVD release of X-Men: Days of Future Past and the 2015 Australian Open (Kia’s longest-running sports sponsorship), the X-Car has already made its acting debut in the two-minute video, “Save the Australian Open with Kia.” The short clip is worth watching, if only for the scene in which tennis superstar Rafael Nadal answers a phone call from Wolverine with the dramatic line, “I will be there with my Sorento.”

Save the Australian Open with Kia

Now, Kia’s offering some interesting making-of footage – not about the cinematic masterpiece that is “Save the Australian Open with Kia,” but about the X-Car itself. The video features interviews with X-Men: Days of Future Past writer/producer Simon Kinberg, designer Lee Jung Chul, and Overseas Communication Team General Manager Jay Yoon. However, it’s the behind-the-scenes shots of the X-Car’s actual design and build that are really worth a look: