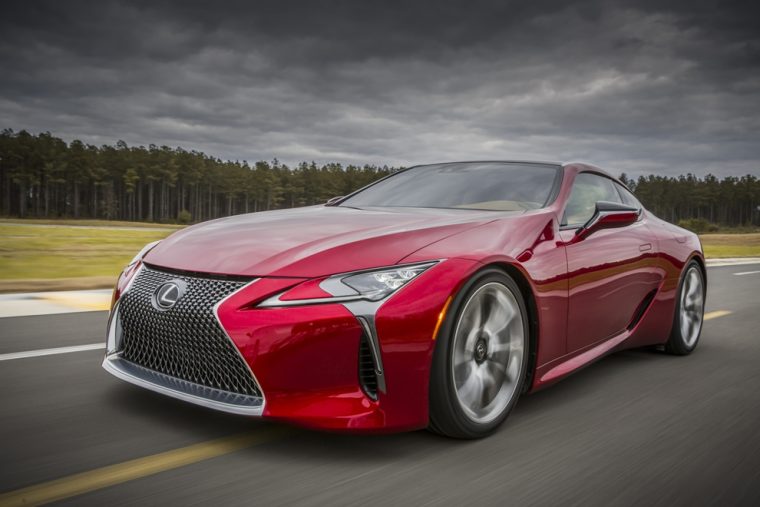 When driving a premium car, the easiest way to tell how powerful it is by listening to its engine growl. The iconic muscle cars have specially refined notes, and luxury cars are the same. The all-new Lexus LC 500 is on its way, and its first television impression will be a commercial focusing on the roar of the V8.

Take a look at it for yourself below.

As the Lexus LC 500 cruises along a winding road, somewhere in the wilderness, the sun begins to set. As it gets darker, the bright red vehicle begins to wind along roads by rock outcroppings. The rocks then come alive with colors and graphics that chase the car, all accompanied with the loud sound of the engine roaring and shifting. After viewing the commercial, you might be surprised to know that those images were not added in post production, but were rather projected onto the rocks themselves.

Since this is Lexus, no expense was spared when creating the advertisement. Paul Wigfield, who specializes in projections, directed the commercial, and Edgar Davey, a digital artist and motion designer, were at the helm of creating this ambitious commercial. Four of the brightest projectors in the world were used to create the background behind the car, and great care was taken to correctly collect the sound of the Lexus vehicle navigating its course. However they did it, someone needs to tell Ford so that they can make a better commercial for the Mustang than a model just holding a microphone up to it.

According to CarScoops, the Lexus LC 500 will next be seen on display this weekend at the Goodwood Festival of Speed, if you’re in the area and you’re looking to be impressed by the latest offerings from Lexus.