The Life, Death, and Legend of the DeLorean DMC-12

Discover the history of the iconic Back to the Future car 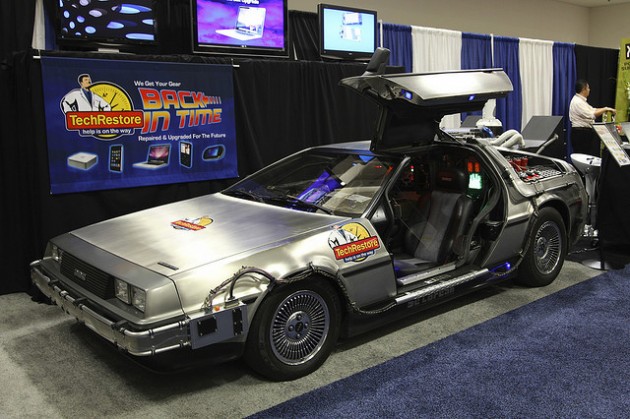 Imagine that someone asked you, “What’s the weirdest thing that happened in the 1980s?” You would probably say Madonna, and you would be correct. When asked this question about the automotive industry, the DeLorean DMC-12 comes to mind. Before you learn about the DMC-12, however, you should learn about the man responsible for its very existence: John DeLorean.

The History of the DeLorean DMC-12

Before founding the DeLorean Motor Company, John DeLorean engineered many successful cars including the legendary Pontiac GTO during his days as the youngest division head at General Motors. He quit in 1973 to start his own car company, much like today’s real-life Iron Man Elon Musk of Tesla Motors. The company built a factory in Northern Ireland to take advantage of cheap labor and the only car that bears the DeLorean name began production in 1981.

The DMC-12 defied the status quo of a typical 80s sports car by utilizing a futuristic fiberglass structure covered in stainless steel body panels. When driving the only car on the road with a stainless steel body, one would understandably want to rub it in the faces of the rusting regular-steel heaps that surround them, so the DMC-12 didn’t come with paint from the factory. It’s like one of those really nice refrigerators at Sears, except you could drive this one home after buying it. Even the doors had to be different, opening vertically in a gull-wing fashion. 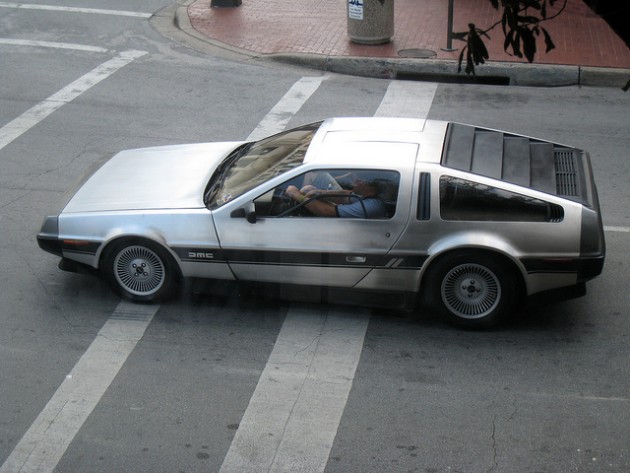 The DMC-12 was a sports car more in spirit than in reality, hindered by an asthmatic rear-mounted 130-horsepower V6 engine, a raised front end, and an alarmingly dangerous weight distribution of 35% front/65% rear. With an engine originally developed for little French sedans and Volvos, the DeLorean crawled to 60 mph in 10.5 seconds. Here’s a list of non-sporty cars that can accelerate to 60 mph faster than a DeLorean:

Although the DeLorean DMC-12 was a disappointment as a so-called sports car, it was immortalized as Doc Brown’s time machine in the Back to the Future films, first revealed in 1985 in the clip below:

You can thank Back to the Future for the car’s modern cult following and status as a collector car, with about 6,500 known examples of the 8,583 produced remaining. Sadly, DeLorean Motor Company went bankrupt thanks to John DeLorean’s arrest on drug trafficking charges (and subsequently ruined reputation) three years before its only production car achieved celebrity status. 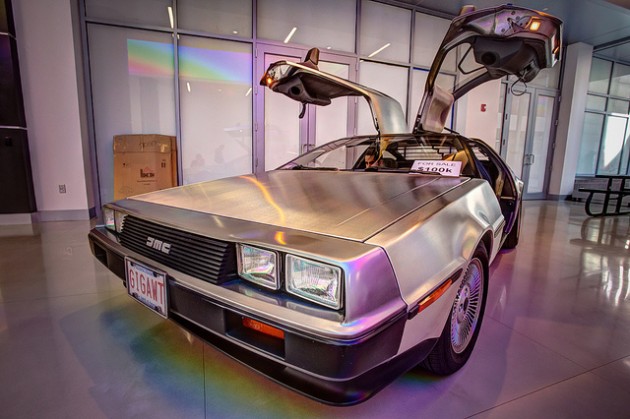 The Back to the Future DMC-12 equipped with the aftermarket Flux Capacitor option.
Dave Nakayama via CC

The DeLorean DMC-12 successfully embodied the weirdness of 1980s pop culture in automotive form. Although it was a failure as a sports car and tragically killed by John DeLorean’s little cocaine trafficking incident, it built a legend as a fictional time machine and earned its unique place in automotive history.