Madrid to Extend Its Car Ban to the City Center 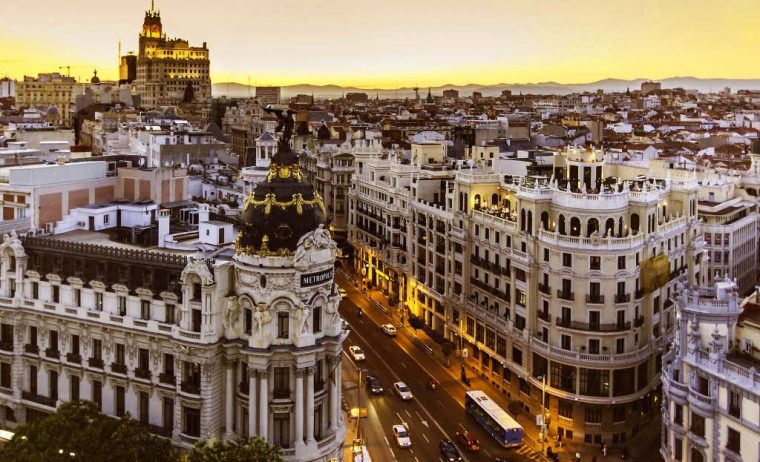 Starting in November, all non-resident vehicles will be banned from central Madrid, as the city announced this week. The only vehicles which will be exempt from this ban are zero-emissions delivery vehicles, taxis, public transit, and the personal vehicles of the residents who live in this zone. Besides reducing emissions, the city’s goal behind this ban extension is to free up congested roadways while encouraging residents to pursue more eco-friendly travel options such as walking, cycling, and taking public transportation.

This news comes as no surprise considering that Madrid has been taking small steps toward going green, ever since 2005, when it first instituted Residential Priority Zones in the neighborhood of Las Letras. Some areas in central Madrid also instituted these zones. The more comprehensive city-wide ban come November promises to be even more effective at curbing emissions.

The city will unroll the extended ban gradually, to help ease the ease the transition for residents. Starting in November, police will manually monitor the edges of the car-less zone, warning drivers of the potential fine(€90 per occurrence) that will soon take place for driving over the boundary. Then, in January, an automated system with cameras will be installed. Finally, starting in February, the city will charge the €90 fine for each infraction.

This latest phase of the Madrid car ban might put the city at the front of the European “green city” wave for a while. However, cities like Copenhagen, Brussels, and Munich will likely retain the claim for having the most expansive car-free zones as far as square footage goes. Nonetheless, it’s a positive step for Madrid that will bring it closer to achieving its reduced emissions goal.

Efficient and Family-Friendly: the Advantages of the 2018 Chevy Trax