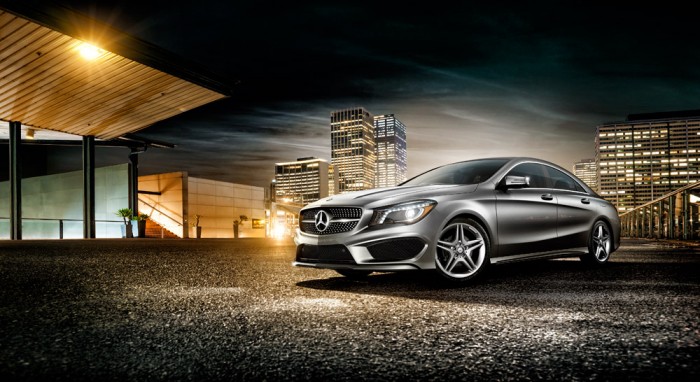 The Mercedes-Benz CLA-Class is a compact four-door luxury sedan, based on the platform of the Mercedes-Benz W176 A-Class and W246 B-Class compact sedans. The aerodynamic profile is not only eye-catching, but has the lowest amount of drag in the entire industry.

A virtual version of the CLA-Class was shown at the 2013 Canadian International Car Show in Toronto and the 2013 New York International Auto Show. Viewers could look through a special display where the car was projected rotating on a platform.

Although the CLA-Class is quite new, it’s already making a splash in the advertising world. As a part of its launch, a commercial featuring Kate Upton premiered during the fourth quarter of Super Bowl XLVII, along with a series of other memorable commercials.

A social campaign featuring the #untamed hashtag encourages fans to upload the most unusual images from their Instagram accounts, and then shows them how their images rate in comparison to others.