Most Cars Are Gross 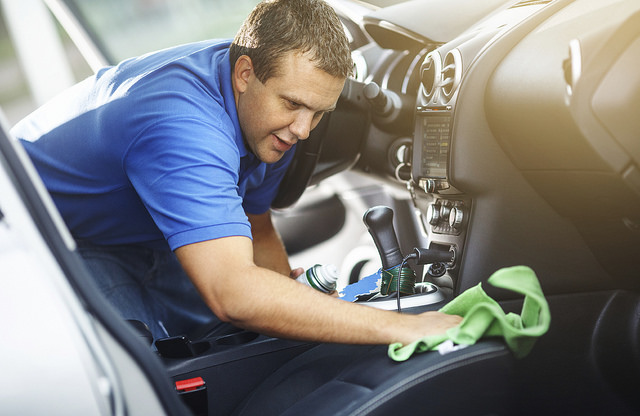 With temperatures on the rise and the change of season in the air, people are getting inspired to do a bit of spring cleaning. Unfortunately, that inspiration rarely extends to vehicles. According to an unreleased study by Jiffy Lube of more than 2,000 drivers, people put more elbow grease into cleaning their homes than they do their cars.

According to the study’s findings, almost nine in ten car owners claim that on a weekly basis their homes are spit-shined, sometimes even on a daily basis. But only half of these car owners choose to expend cleaning energy on their vehicles.

One-third of survey responders said that they only clean their vehicles a few times a year or less, and more than two-fifths of the polled vehicle owners give little thought to how filthy the inside of their car is or might be.

There’s no question that cars, inside and out, can get nasty. People spend a lot of time in their cars, and people get messy, especially with food and clutter. With contributions from kid passengers and pets, it’s a wonder cars don’t have green smoke constantly floating from them, cartoon-style. So when do car owners feel the need that the cesspool they’re driving needs some attention?

According to Jiffy Lube, peer pressure is a good motivator. One-in-five drivers attempt to keep it clean when they know other people will be privy to their cars. The study found that “men are 60 percent more likely to hide trash and clutter in their trunk or glove box in a pinch to avoid judgment from passengers. Forty-seven percent of men have done this compared to just 29 percent of women.”

The car wash serves as a kill two birds with one stone philosophy, too—while the exterior gets some suds, 30 percent of vehicle owners clean out the interior chaos.

Food, as mentioned above, is a key contributor to a car’s mess. Jiffy Lube reported that half of the car owners confess to failing to purge drink and food containers each night. The study also determined that “35 percent of men leave actual food items in their cars overnight compared to 28 percent of women.”

Even more disgusting than food in a car are the souvenirs from babies and pets. According to the study, 30 percent of men have forgotten to remove soiled diapers or used pet waste bags from the car, compared to only 13 percent of women who have admitted to leaving these gems in the car overnight.