Though the iconic road trip film, National Lampoon’s Vacation, ranked fourth in our 15 Best Road Trip Movies Ever post, it’s hard to say that the upcoming National Lampoon’s Vacation reboot will do the same. Don’t get us wrong—it’s got a decent cast and crew. It’s just, the idea of taking something so classic and instantly recognizable in the world of cinema, and rebooting it with mostly new faces, sounds horribly wrong. 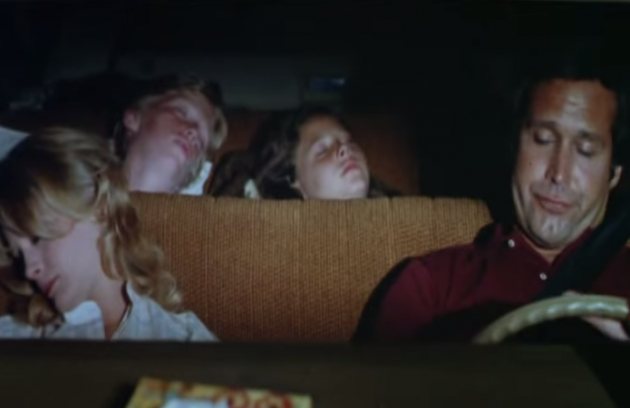 The reboot, titled Vacation, follows the Griswold son, Rusty (Ed Helms), all grown up. He is now married to his wife, Debbie (Christina Applegate), with two sons. And guess where they’re going? Walley World.

The main cast, which includes Steele Stebbins and Skyler Gisondo as the sons, is helped by Chris Hemsworth and Charlie Day. And, of course, Chevy Chase and Beverly D’Angelo will reprise their legendary roles as Clark and Ellen Griswold in brief cameos.

The film marks the directorial debut of Jonathan Goldstein and John Francis Daley, and depends on the writing talents of Goldstein & Daley, who are known for Horrible Bosses. Marc S. Fischer will be executive producing, with Chris Bender and David Dobkin, of We’re the Millers and Wedding Crashers fame respectively, producing as well.

Vacation is a New Line Cinema film to be distributed by Warner Bros. Pictures.

But that’s not all she wrote in terms of a National Lampoon’s Vacation reboot. Chevy Chase and Bevery D’Angelo will be crawling back into the spotlight on primetime television as well, now that ABC has ordered a pilot script for a show featuring the two as an old, married couple (though it might not be the Griswolds). Brad Copeland will write the script, which could be a crap shoot. Copeland was a staff writer for Arrested Development (promising), had his hand in My Name Is Earl (also promising), but was responsible for the travesty that is Wild Hogs (aw, say it ain’t so).