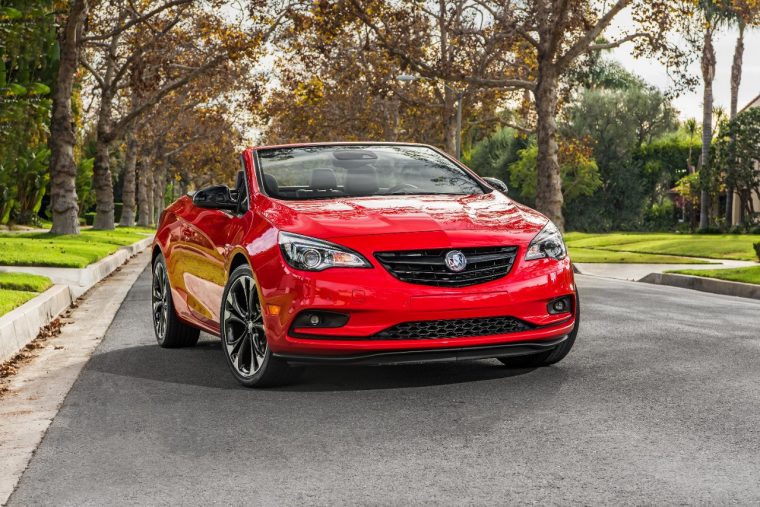 Buick has had a big hit on its hands with the introduction of the Cascada convertible to the United States market, but it has found that a common question consumers have is whether it would ever be available in red. Finally, after months of breathless worry, the long national nightmare has ended and the answer has been made clear.

New from Buick: Envision commercial focuses on the importance of dads

“We’ve heard it from customers all year: ‘What a beautiful car. Can I get it in red?’ Well yes, now you can,” said Duncan Aldred, vice president of Global Buick Sales, Service and Marketing. “This new addition to the Cascada portfolio offers a modern style statement with blacked-out exterior trim and red interior stitching.”

The 2017 Buick Cascada Sport Touring will be available with a new Sport Red exterior starting in February of next year, and it likely will not last long beyond that. Buick stated that it will limit the initial offering of Cascadas with Sport Red exteriors to 150 units, which will likely make it quickly spoken for and highly coveted among collectors.

The 2017 Cascada with Sport Red exterior will also feature a Dark Effects package that will add gloss-black finish for the grille, mirror caps, and 20-inch wheels; body-color trim across the decklid; and red contrast stitching for the instrument panel, doors, and seats.

Through 10 months, Buick has sold a total of 6,157 Cascadas in the United States; it is noted that this is more than the combined sales totals for the BMW 2 Series and Audi A3 and A5, and that approximately 60% of all Cascada buyers’ previous vehicles were from competitor automakers.

Also New from General Motors: 2017 GMC Acadia slims down, but bulks up on tech