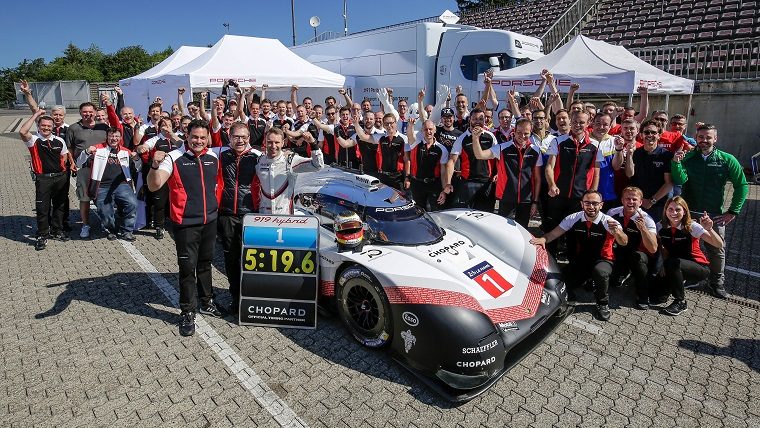 On Friday, June 29, Porsche smashed the all-time Nürburgring Nordschleife record that had stood for 35 years and that many believed would never be touched.

While at the wheel of a highly-modified Porsche 919 Hybrid, dubbed the 919 Hybrid Evo, two-time Le Mans winner and reigning WEC champion Timo Bernhard lapped the circuit in only 5 minutes and 19.55 seconds, beating the record that Stefan Bellof had set in 1983 with the insane Group C-compliant Porsche 953 by more than 50 seconds.

That Porsche beat the record to begin with is impressive. That it did so with such a high margin is staggering. In the racing world, a few seconds are an age. For comparison, the Porsche 918 Spyder, the quickest of the hybrid supercar trifecta, “only” lapped the circuit in 6:57.00, and the record among production cards is held by the Porsche 911 GT2 RS with a 6:37.3.

The car’s record-setting run at the Nordschleife marked just the second stage in what Porsche calls the 919 Tribute Tour: a series of stops around the world intended to show off what the 919 Hybrid is truly capable of when unchained by LMP1 regulations.

Timo Bernhard, a five-time overall winner of the Nürburgring Nordschleife, is no stranger to the famous circuit, but he said it was an entirely new experience from behind the wheel of the 919 Hybrid Evo. “Thanks to the aerodynamic downforce, at sections I never imagined you can stay on full throttle. I’m pretty familiar with the Nordschleife. But today I got to learn it in a new way.”