Writing about green cars lately has made me feel like Grampa Simpson in The Simpson Movie.

Things to Aspire to: The Chevy Volt’s engine made the Wards 10 Best Engines list 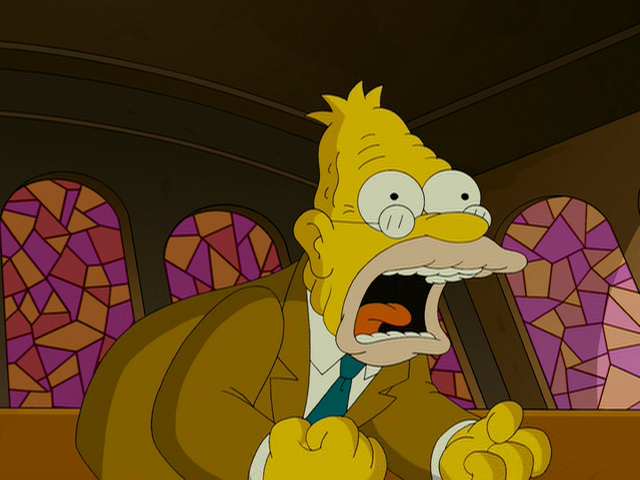 It is the beginning of a rough time for green cars, as the EPA head position has been swapped for someone who has sued the organization several times and has not had promising things to say about emissions regulations or climate change science.

However, Scott Pruitt’s stance is something of the icing on the poo-cake for green advocates, as President Trump has taken it on himself to ask Pruitt to roll back the final decision on emissions standards, which was pushed through by the EPA in January, and continue to evaluate whether the standards are needed.

According to two unnamed sources speaking to Bloomberg, that is. Apparently, Trump will be making the announcement when he visits a car-making plant in Ypsilanti, Michigan, today.

Word has gotten around. The Consumers Union, which already spoke against rolling back the standards to counter the Alliance of Automobile Manufacturers’ lobbying of new EPA head Pruitt, has released a statement condemning the act, and asking for a reversal.

In the statement, Shannon Baker-Branstetter, policy counsel for the Consumers Union, said, “The Administration should reconsider today’s action. The EPA finalized the standards after a thorough study of costs and benefits. A decision to withdraw the standards is nonsensical, as it would merely funnel more money to oil companies at consumers’ expense and halt the progress that can be made in both savings for consumers and vehicle efficiency. The standards already take the cost into account, and the record shows that they are a reasonable, cost-effective approach to improving fuel efficiency and lowering consumers’ expenses.”

Making News: Chevrolet’s new Duramax engine is the most advanced one ever made

She went on to say that the EPA had come to the decision after years of scientific study and input from automakers. The Consumers Union also reiterated in the statement that it had issued a recent report which debunked auto industry claims that the fuel economy standards have hurt vehicle affordability.

On the other side, automakers insist that keeping the standards ignore customer preferences for larger vehicles, and would only drive up the costs for consumers, pointing to an EPA study from a while back. That study found, among other things, that the automakers had reached current economy goals faster and with lower cost than expected, and could certainly do so through 2025, but may not be able to do so due to customer preference for larger SUVs and trucks. According to Obama-era-EPA estimates, the cost of the plan to the automakers as it is would be $33 billion, although the estimates found advantages in fuel savings and energy security to lead to a net benefit of $98 billion.

Reopening the evaluation does not necessarily roll back or eliminate the emissions standards, and actually changing the standards would be a lengthy process, requiring a formal EPA rulemaking with a public comment period.

We do not yet have a statement from the Alliance of Automotive Manufacturers (who would support the decision) or from automotive parts suppliers (who have opposed lowering standards in the past).

However, it seems to be that most believe Pruitt at least reducing the standards is a bygone conclusion, and I agree.