Rebranding in the Works for One World Futbol Project

Chevrolet latched onto the One World Futbol Project in a three year partnership, in an effort to position itself as a socially and globally conscious brand. Together, Chevy and One World Futbol have delivered 35 million soccer balls—and not just any soccer balls, but virtually indestructible soccer balls—to disadvantaged children across 75 different countries, including kids less fortunate here in the United States. 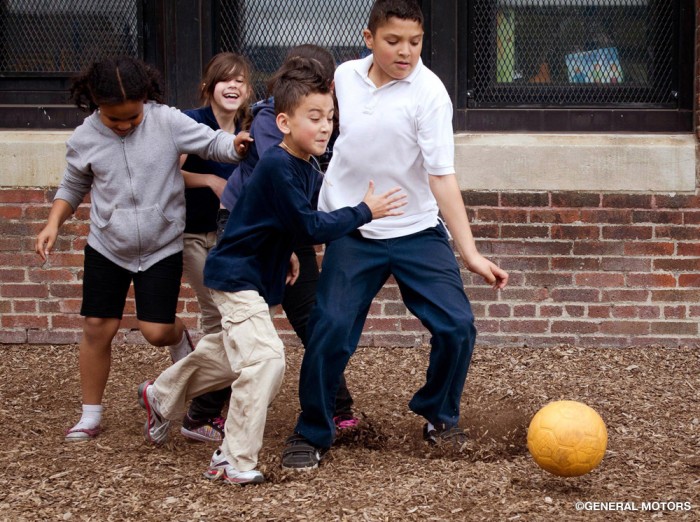 Now, the One World Futbol Project is in the process of rebranding its campaign, according to Forbes. The name of the project itself will change to One World Play Project, using the new message, “Play Anywhere, Everywhere.”

“Anywhere” is meant to highlight the fact that these soccer balls, because of their unique advantage of surviving the harshest terrains and most aggressive play, can be used virtually anywhere. (As a side note, the One World Play Project looks to expand from just soccer balls to a variety of sports equipment.) The “everywhere” indicates the project’s wide reach across the globe. And “play,” of course, is integral to both the new message and name, as the project aims to “shine a light on play around the world,” according to Neill Duffy, the Chief Catalyst of the rebranded project.

“What we’ve learned after having been in the field for the last four years now, is one, the value of play,” explained Duffy. “We’ve experienced first-hand the importance and the role that ‘play’ plays in helping individuals grow and thrive. We’ve seen the difference that the ball makes, and when kids play, they blossom and become different people almost through the opportunity that it presents.”