Review of Top Gear: The Ultimate Car Challenge Board Game 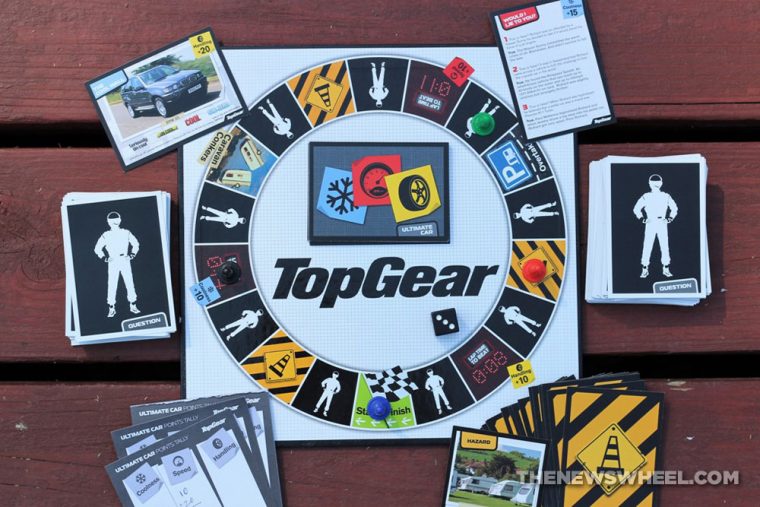 The hit BBC show Top Gear, which puts its humorous hosts into every car you can imagine, has developed a strong following since its revival debuted in 2002. Across its 25 new seasons thus far, it hasn’t been very heavily merchandised. But, it did get an official board game treatment in 2008 by now-defunct publisher Imagination Games. This trivia-driven challenge features hundreds of questions to evaluate who knows the most about Top Gear.

Having played Top Gear: The Ultimate Car Challenge Board Game with my fellow editors, I figured I’d share my experience with you, in case you’re interested in what the game is like and if it’s worth purchasing.

Review of Top Gear:
The Ultimate Car Challenge Board Game

Cars of the Stars:5 Celebrities Who Own Porsche Cars 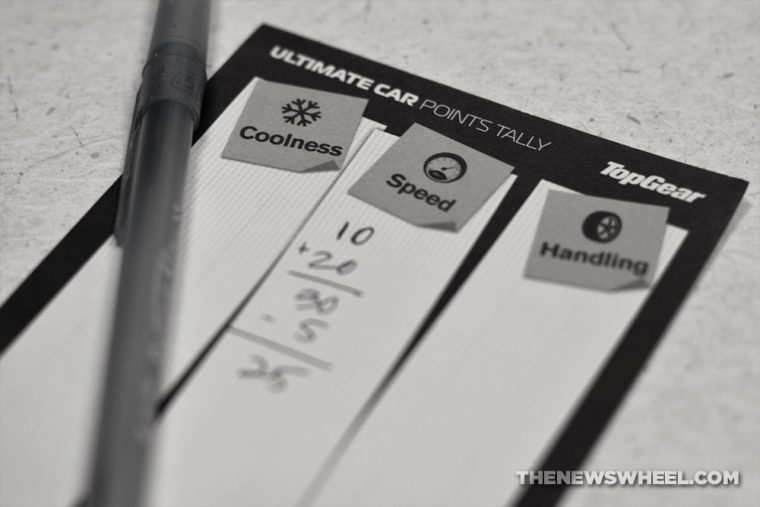 After deciding if two, three, or four people (or more, if you pair up like we did) will be playing Top Gear, deal each player an “Ultimate Car” card. The amounts of Coolness, Speed, and Handling listed on the card are the player’s required points to earn in each of the three categories to win the game.

Player tokens begin on the Start/Finish space and proceed clockwise around the board by rolling the die. Depending on the space landed on, the participant will have to answer trivia questions (usually multiple choice or true/false) to earn points, steal points from other players, add or deduct points by encountering random hazards, or be delayed on the Caravan Park space.

The first player to earn the needed points in each of the three categories and cross the finish line is the winner. 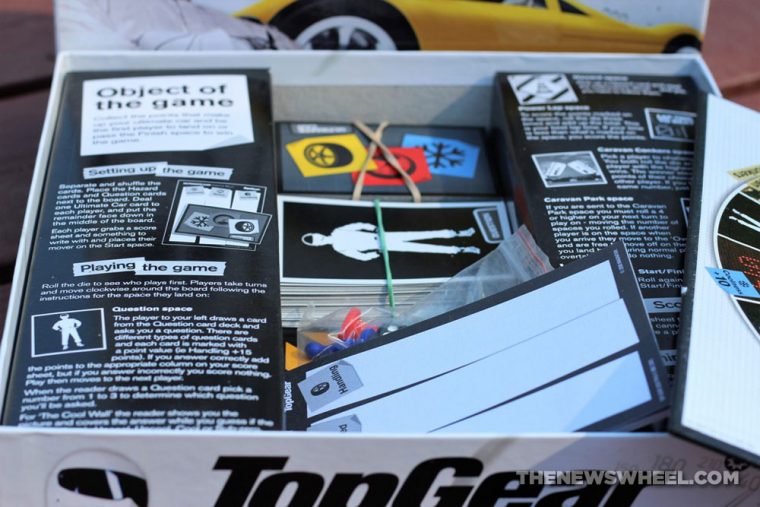 The graphic design of the Top Gear board game—from its box art to its card designs—is undeniably attention-grabbing. Its sleek layout, contrasting use of black vs. white, and even the font choices on the question cards make it a sleek title to pique prospective players’ interests.

The components are sufficient quality for the type of game it is (licensed trivia game), so you’re getting your money’s-worth for the price you’re paying. The cards aren’t too thick, so they shuffle and stack easily. You might run out of paper on the score pad, but you can photocopy more (dry-erase boards would’ve been better to include).

Living in Luxury on a Budget: Why it’s smart to invest in a used luxury vehicle 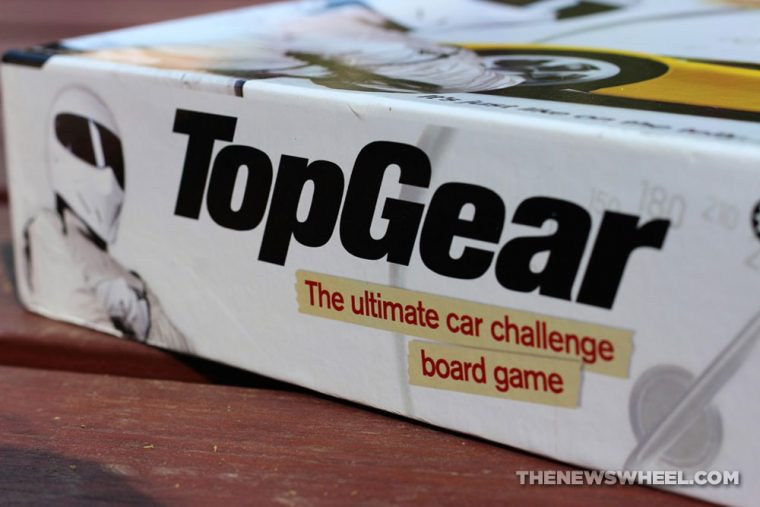 Learning to play Top Gear is easy. The directions are conveniently printed right on the divider insert to save space and help you avoid losing the instructions. A quick read-through of the types of spaces and scoring will get you ready to play in three minutes, tops. Top Gear is a standard roll-and-move trivia game, so learning to play the game isn’t the challenge—being able to answer the questions is. 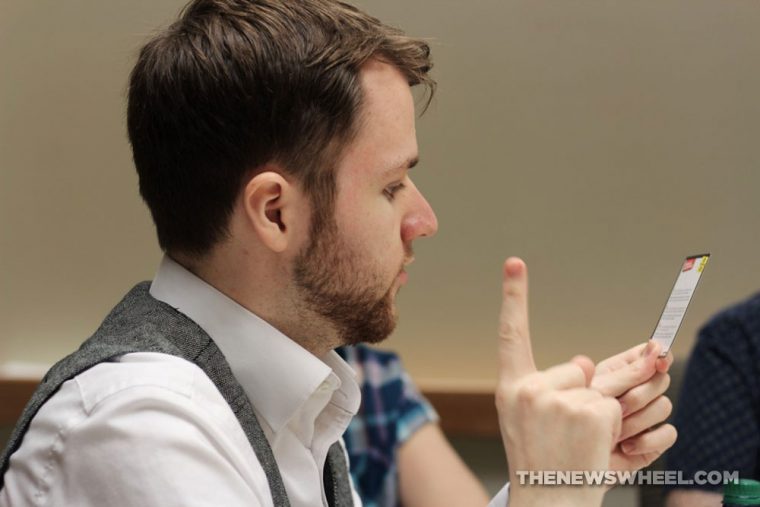 Our editorial staff at The News Wheel has written about the BBC’s Top Gear show, its controversies, changes, and “spin-off” as The Grant Tour—so of course we were excited to dive into the official Top Gear game. We acquired a used copy of the 2008 title and played it out at a staff lunch.

Unfortunately, even though some editors were familiar with the show, it wasn’t an engaging experience. For each question, the game creators provide options (multiple choice) for potential answers, but even still, players will be making wild guesses unless they remember minute information (which, admittedly, is what a trivia game should be). 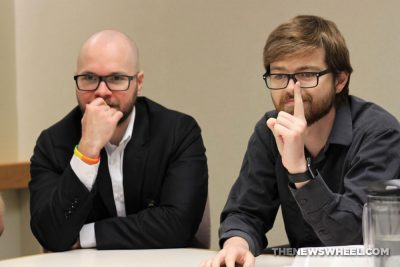 Admittedly, I’m not the ideal person to be reviewing the Top Gear board game, since I have only seen a couple episodes of the show. One’s enjoyment of the board game adaptation of the BBC show depends heavily on how familiar they are with specific episodes. Dedicated fans of the show might enjoy putting their memory to the test, but even if you’re a die-hard fan, you’ll still need to find at least one other person who likes the show enough to play with you. For that reason, the game could strongly benefit from using more vehicle/industry trivia in the game to involve non-fans, rather than relying solely on TV show knowledge.

Correctly answering a question earns a person points in a particular category (Coolness, Speed, Handling), and a minimum number of points are needed in each category for a person to end the game as the winner. That’s a clever idea. Unlike Trivial Pursuit, though, there’s no way for a player to target going after a specific category on the board; they simply have to hope that the right category is on the question card that’s drawn.

Trivia games in general don’t age well, especially if they’re licensed cash-ins, so the Top Gear board game will serve best as a collector’s item on someone’s shelf.

Top Gear: The Ultimate Car Challenge Board Game is out of print but can be found online at retailers like Amazon and Ebay.